Another in the series of ‘we’re not really sure’ dogs. All we know is that this guy is clearly pretty awesome, and is also quite clearly convinced of that fact. Autumn thinks maybe he’s a German shepherd/collie mix, whereas I think I see a little bit of golden retriever in there. (Autumn’s the expert, though, so barring contradiction, she controls the tags. Besides… a golden mix with up ears? Does that happen?)

Anyway, whatever he is, he’s pretty clearly a self-confident and very well-trained pup. Two more pictures after the break. 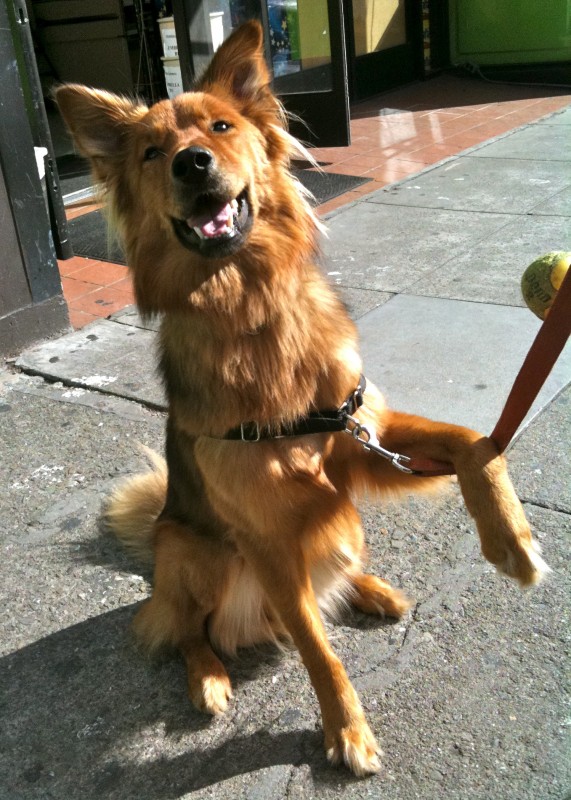 I love the leg over the leash. And he used it just as you might expect, as a ‘hey, wait a minute, I want to meet this guy.’ 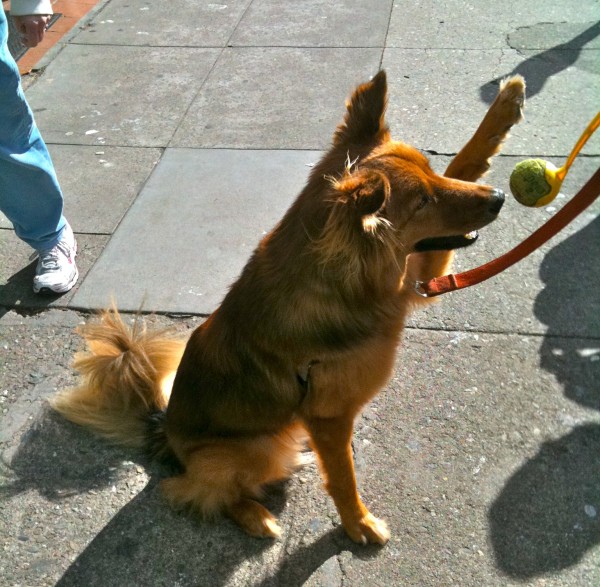 This is trick number one, ‘gimme five’. He would hold up his paw and just wait there until you gave him five. 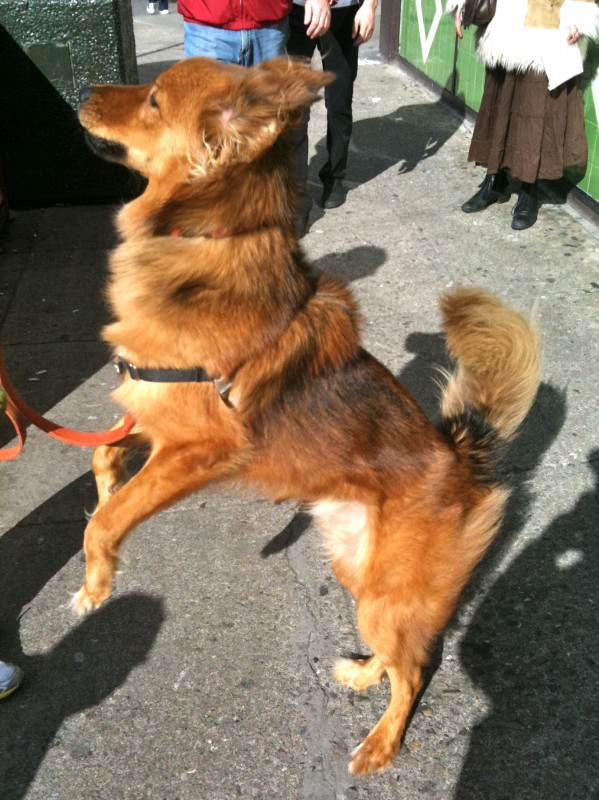 Trick number two. He was quite stable on his hind legs, and happy to be put through his paces.

This entry was posted in Dog of the Day and tagged Collie, German Shepherd, Mixed Breed. Bookmark the permalink.

14 Responses to Dog of the Day: German Shepherd/Collie Mix?