These two were getting along famously, but they were murder to photograph, especially given that they were standing in an area that alternated between shadow and sunlight. Still, they were a cute enough pair that I have to put up something.

Tasha’s a year and a half old, and Cuba is 3 months. 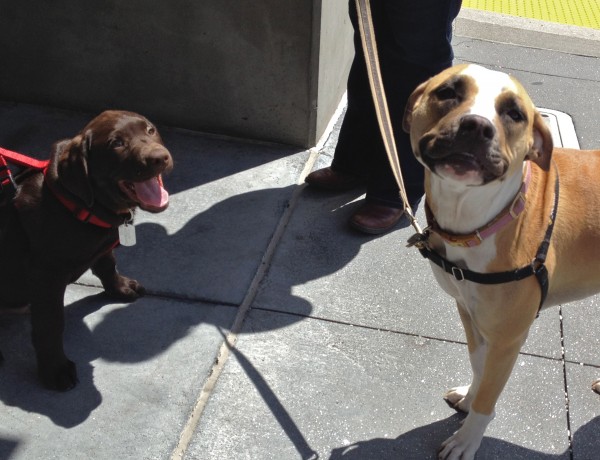 The expressions make the picture. 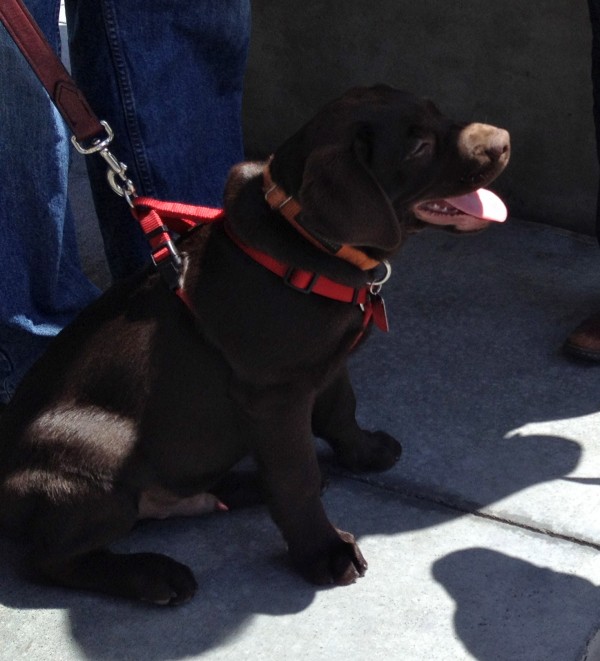 See what I mean about light and shadow? 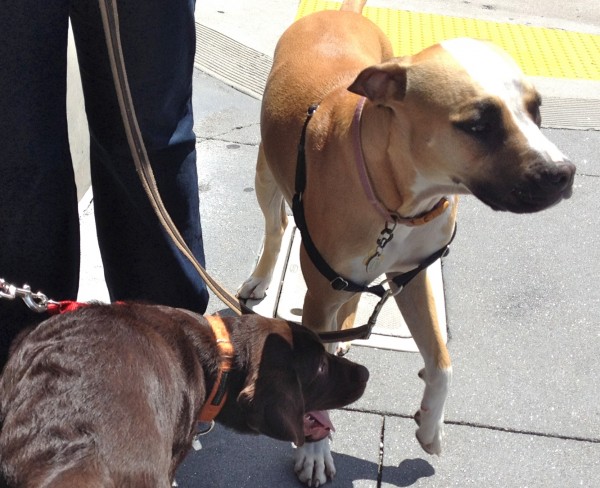 Cuba is a font of ridiculous expressions. I hope mom and dad are spending a lot of time with a camera.

This entry was posted in Dog of the Day and tagged Boxer, Labrador Retriever, Mixed Breed, Puppy, South Beach. Bookmark the permalink.