Dog of the Day: Wheely Wiener!

I didn’t catch this pup’s name, but she was having a grand old time running around in circles near the Jewish History Museum. Fortunately she was willing to stop for a little while to give me a smooch. 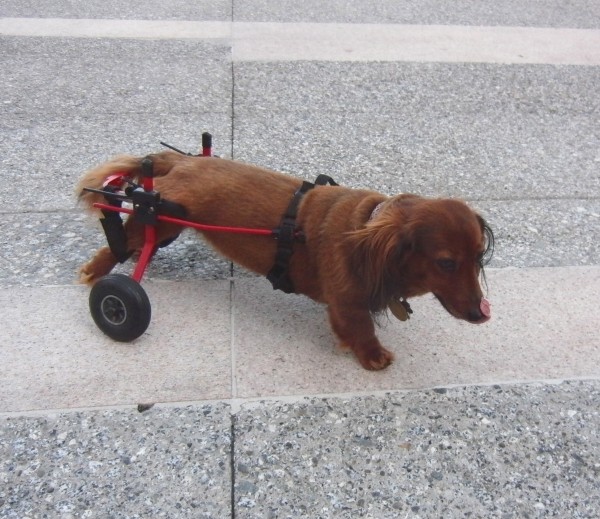 It's the foofly wienermobile! Somebody had a slipped disc which caused other problems, poor pup. 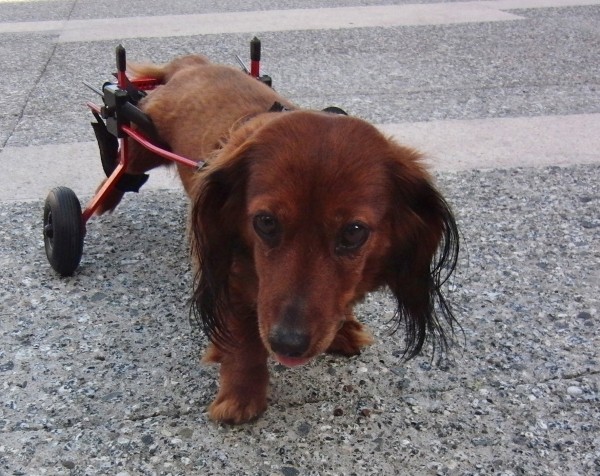 Fortunately she doesn't seem to let it slow her down. 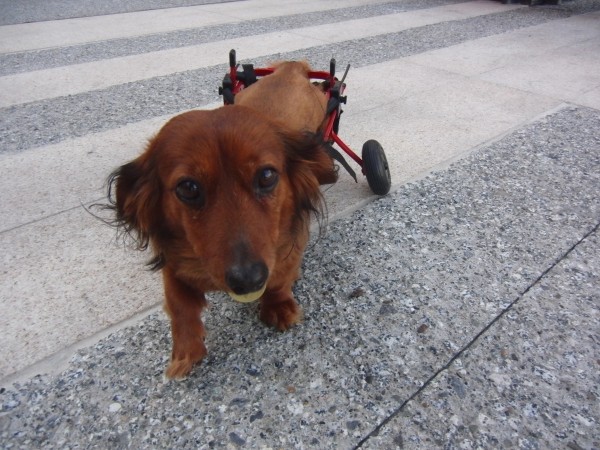 I wonder how many miles per gallon she gets? 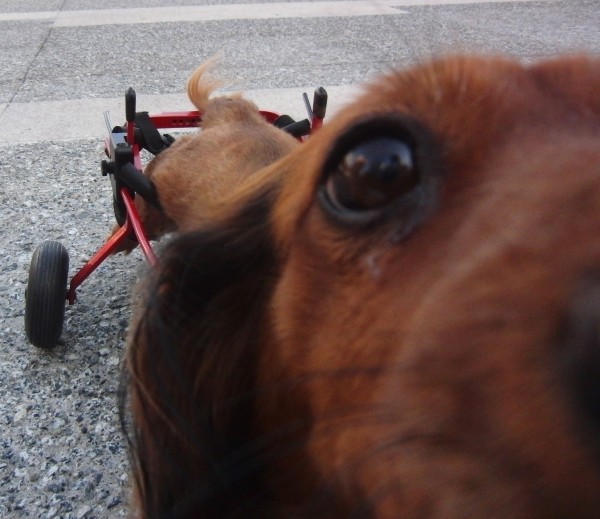 Definitely not one of the shyer miniature dachshunds I've met.

This entry was posted in Dog of the Day and tagged Miniature Dachshund, SOMA, Wheels. Bookmark the permalink.

3 Responses to Dog of the Day: Wheely Wiener!