Dog of the Day: Moose the St. Bernard

GOOD NEWS: The photography contest deadline has been extended to June 30th!

How embarrassing. I forgot the deadline of my own contest, which was supposed to have been this last Monday. To be fair, I was out camping at a music festival last weekend and frantically preparing for it for a week beforehand. But that’s no excuse.

Anyway, I love you guys. I have plenty of submissions for the contest, in the ‘dogs’ category (which, let’s face it, is the most important one, given the nature of the site), and they range from the awesome to the awesomer. I admit, I had been afraid that I was going to have to go out and cadge people on other blogs (and on reddit) to submit in order to even make the minimum of five submissions to vote on. Instead, I have my work cut out for me choosing just five!

At the same time, I only officially opened the contest to cats in the last week, so I have very few submissions from them, and I only have two submissions for the San Francisco category too! Come on, guys, I know you can do better than this, now that I know you’re paying attention. So I’m going to leave the contest open until the end of June. (Autumn goes out of town a little before then, too, which means I’ll have enough time on my hands to set up the infrastructure for voting on the finalists and such, which also helps.)

But thanks, everyone who has submitted so far. Sometimes it really does feel like I’m shouting into a well, and it’s really great to see that people really are paying attention, and are even willing to put in a little work to participate.

Now, on to today’s dog: Moose is a 7.5-year-old St. Bernard. I would have guessed at 3 years old. He’s huge and happy and cuddly and energetic (when it suits him) and he is welcome to put his head on my knee at any time, drool or not. 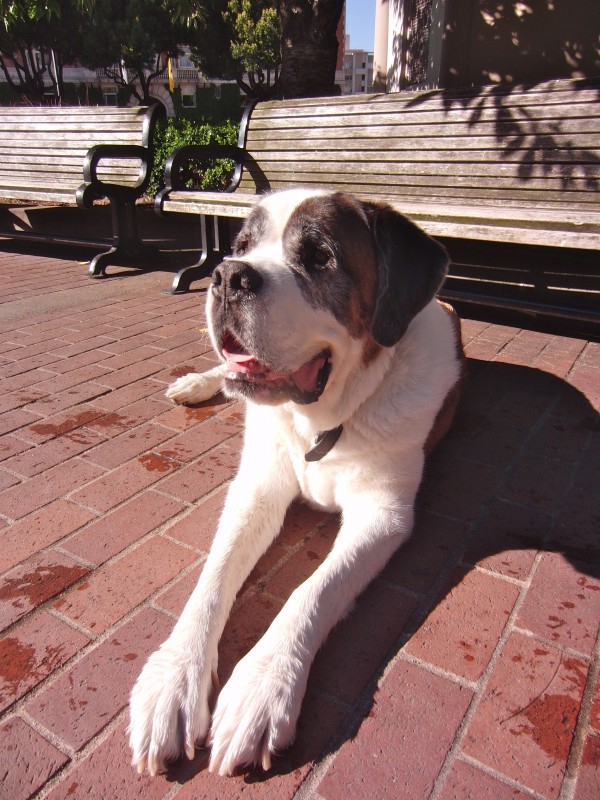 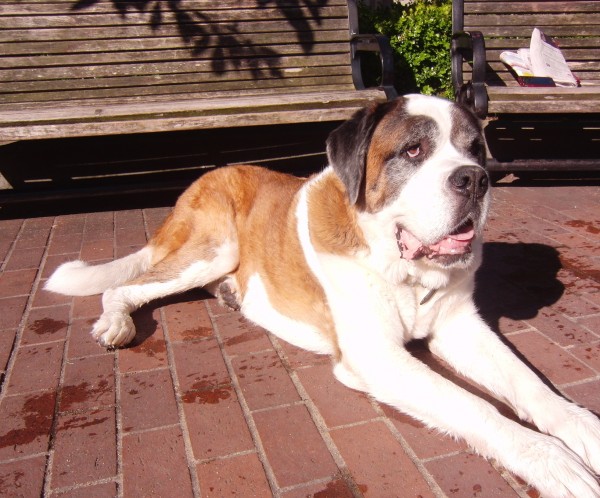 Don’t lie: every time you look at him you picture a little brandy cask under his chin, don’t you? 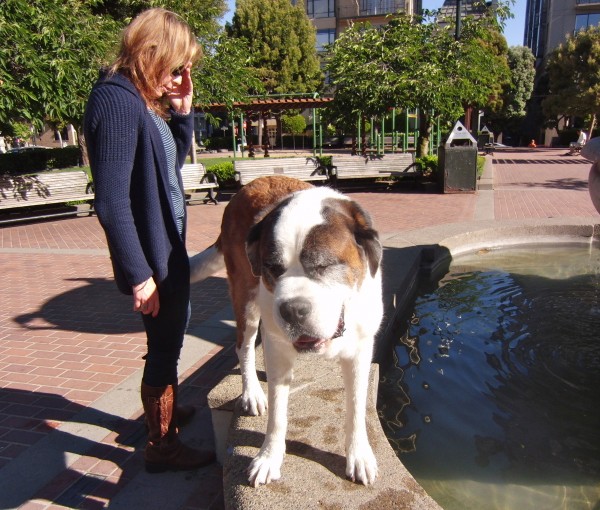 I wish the lighting weren’t quite so bad, this is a super-cute expression. 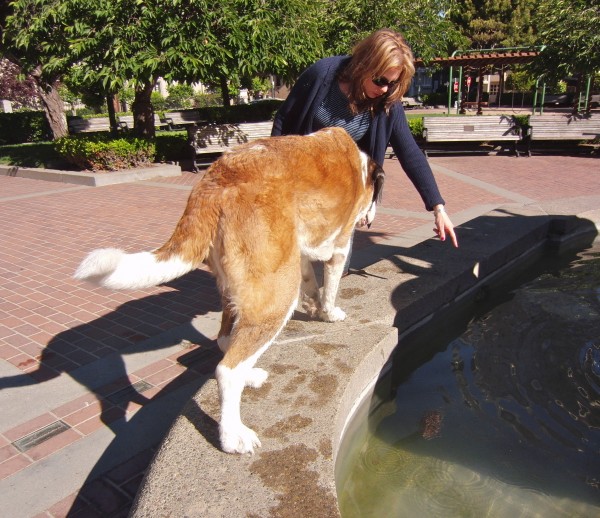 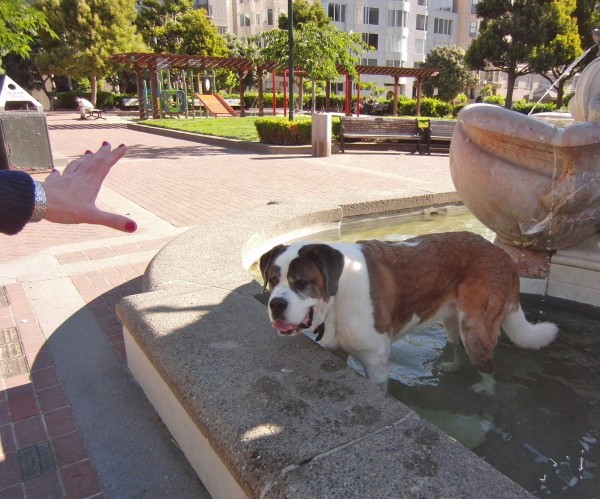 Yes, mom told him to get in. Unlike the other dog I posted in the fountain, who took off and leapt in the fountain immediately after I started taking pictures of him. Which was pretty hilarious… to me at least. 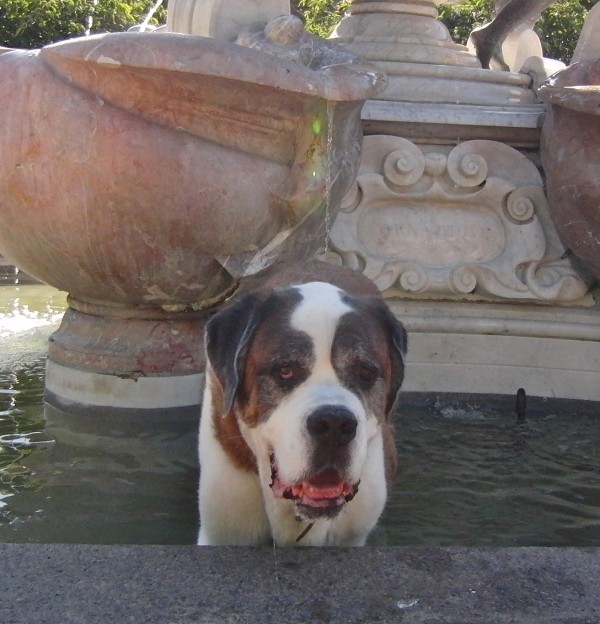 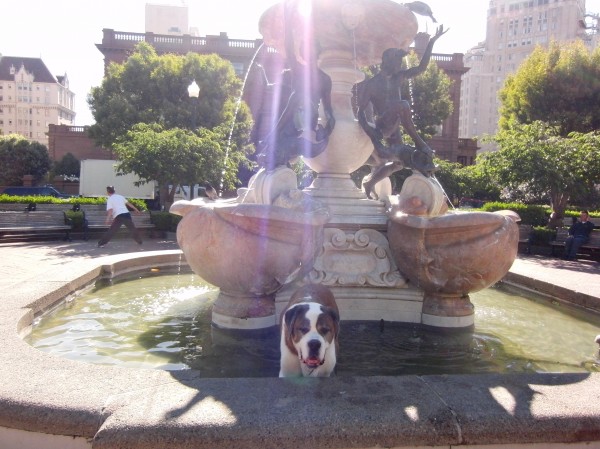 Huntingdon Park fountain. The guy in the background is exercising/stretching, not break dancing.

This entry was posted in Dog of the Day and tagged Huntingdon Park, Nob Hill, St. Bernard. Bookmark the permalink.