Dog of the Day: A Little More Boston Terrier

Writing this live from the aftermath of the Pampered Pooch Party, at the Half Moon Bay Ritz Carlton.

It’s been a really long time since I stayed at a Ritz Carlton (like… I think I was eight? Ten?) And although I’ve been in a few other luxury hotels since then, I had mostly forgotten what it was like. I was going to say ‘I could really get used to this’ but I’m not actually sure I could: it’s that disconcerting. But it’s certainly nice once in a while.

I’ll try to get some pictures up tomorrow. In the mean time, two more of our friend here. 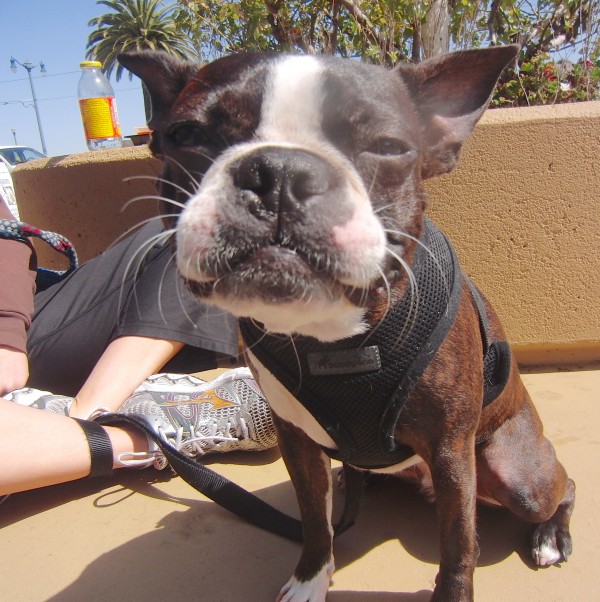 Yeah, you get that goofy ‘high-and-mighty’ expression, but I know you just want to lick my toes. 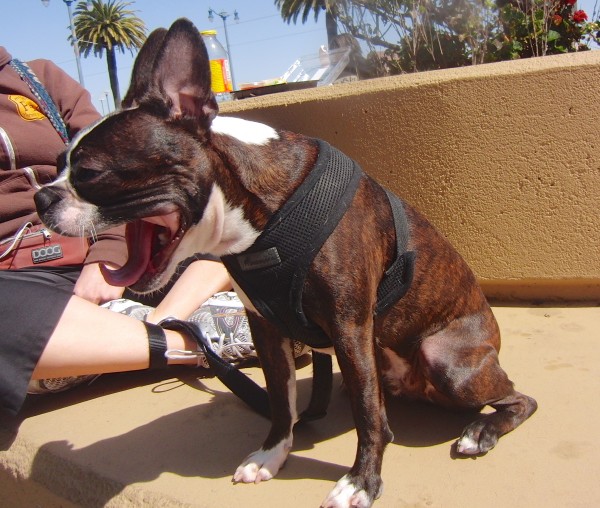 When he yawns his ears stand even more to attention than usual.

This entry was posted in Dog of the Day and tagged Boston Terrier, Embarcadero, SOMA, South Beach. Bookmark the permalink.