It’s been ages since we had a great puppy fight. And this one is pretty great!

The small one, who is supposedly some kind of spaniel mix (although he looks a lot like a papillon mix to me!), is named Riley, all of three and a half months old. The bigger one, a six-month-old German shepherd mix, is named (god I love this) ‘Calvin Hobbes’. They met, and it was vicious snarling snapping puppy love at first sight.

I’m splitting this post in two. Too many pictures to post in one day (twenty-ish!), and well worth two days for two such adorable dogs. 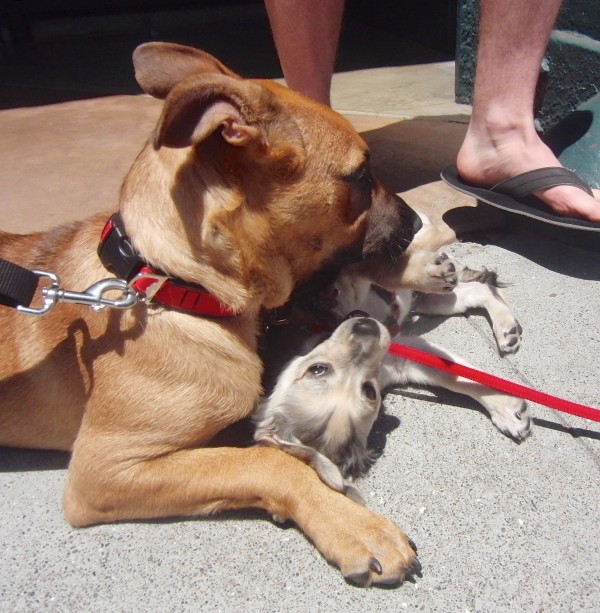 I always stop for dogs, but most other people don’t. However, there was a little audience surrounding these two on the sidewalk, as people stopped and squealed inadvertently. 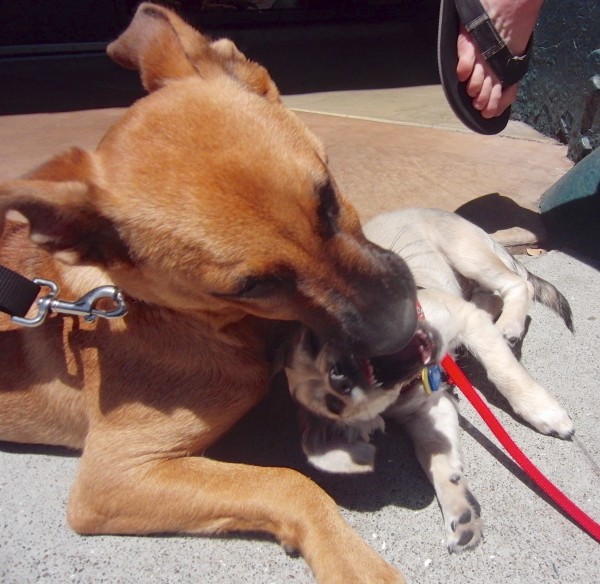 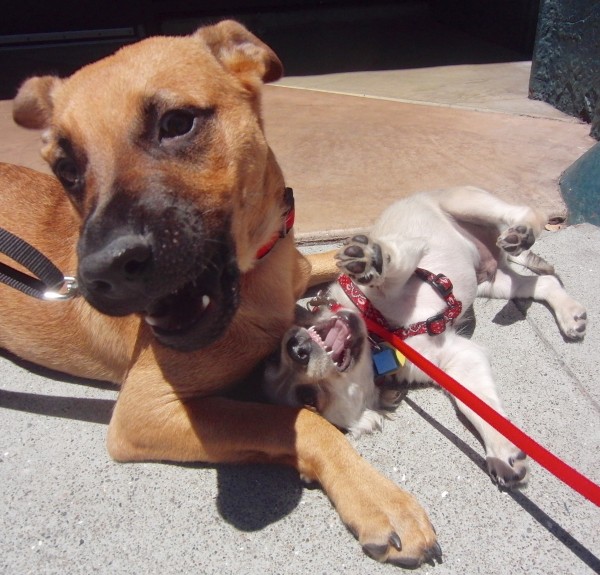 Calvin kept getting momentarily distracted. I think he had a little less invested in the fighting than ‘bold Riley’ did. 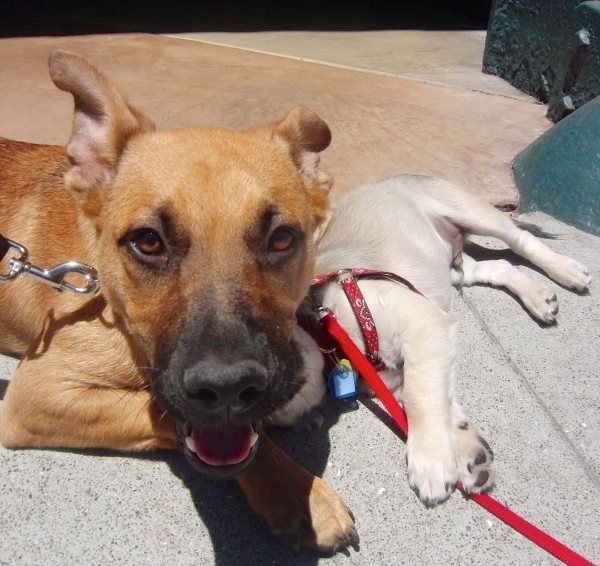 It’s rare that a dog who is play-fighting gets distracted enough to even look at me when I’m taking pictures. Calvin was a total sweetheart, though, and gave me smooches on the way by when he left too. 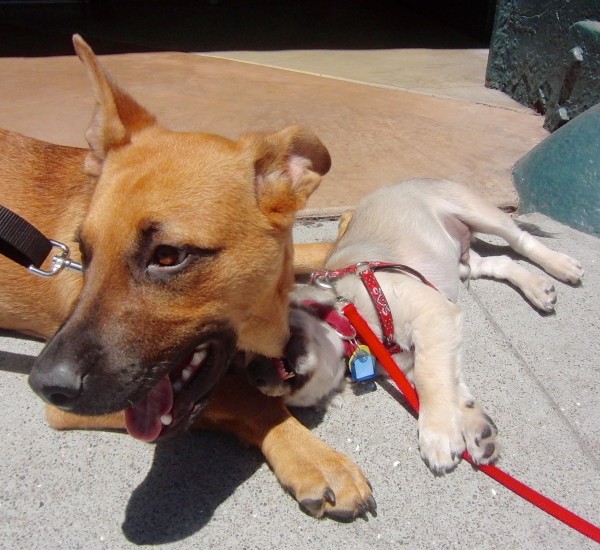 This is apparently Riley’s favorite move: lock his teeth in the other dog’s flews, or whatever that skin flap is called. Calvin hardly even seemed to notice, even though I can tell you those teeth were damn sharp. 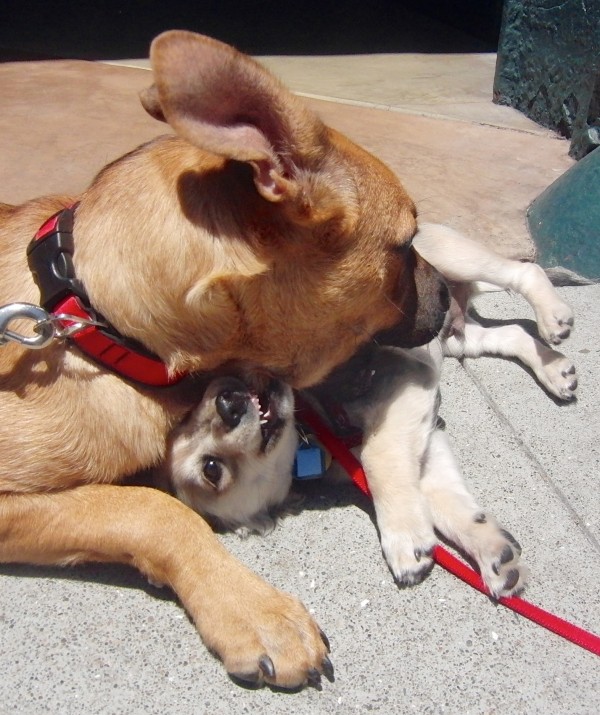 Calvin, on the other hand, liked to glomp his jaws around Riley’s leg. But he’d just sort of let them rest there, so Riley could just pull his leg right back out again. 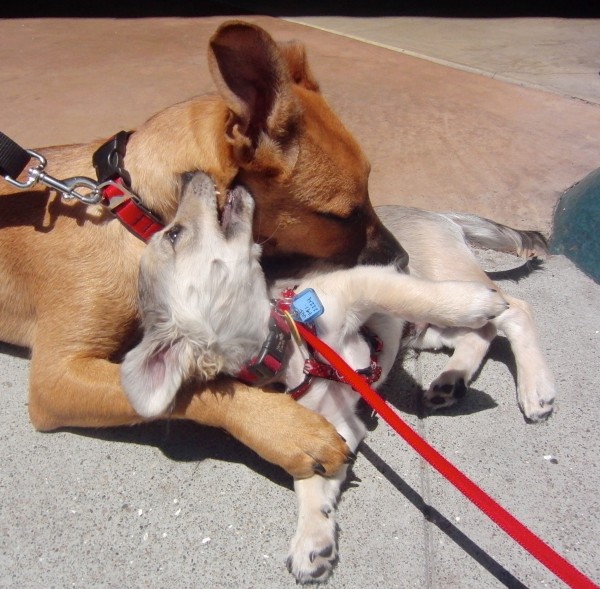 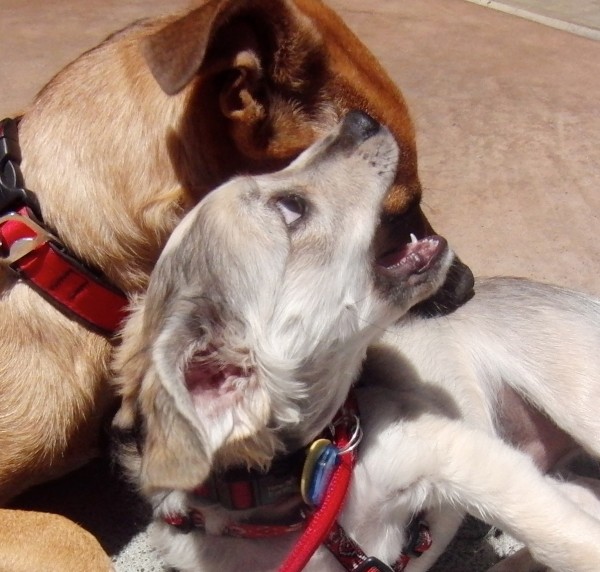 Okay, I love that expression. 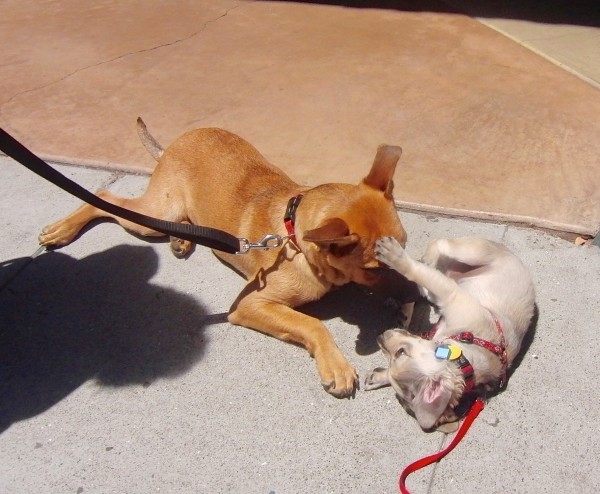 I could have stood there and watched this for hours.