And of course the poll ended early again. Specifically, it appears to have ended at midnight GMT. I guess because my database is in GMT? But in any case, it hadn’t moved much lately, so I’m declaring polling closed. The final results:

Congratulations, and thank you to everyone who entered. You guys are awesome! Prizes will be sent out all at once, so please be patient, since we have two more weeks of voting for the other two categories.

(Edit x4: Fixed. By creating a new poll and hacking in the results from the old poll. You will find that you can now vote again, if you voted before. Oh well. Probably won’t bias things too much. Anyway, I will publish the results on Monday, along with the new poll.)

(Edit x3: Well, how nice. The voting software I used appears to have decided to end the poll early, and now that it has ended the poll, it appears to have messed up the formatting of the site and I can’t figure out how to fix either of those two things. And this is a very popular, well-rated, and ‘well-tested’ polling WP plugin, too. Will fix as soon as I can figure out how.)

(Edit x2: don’t forget to vote! Voting for this part of the contest ends on Monday, to make way for the next part.)

(Edit: Woot! I figured out how to pin this post to the top. Normal daily posting is occurring below this post!)

All right, the voting has begun on the top contenders for Dogs of SF’s photo contest, and I am stunned by the quality of the entries. We are starting with ‘city’ entrants, mostly because that category got the fewest submissions. Still enough to pick the top five from, though! This whole thing has worked out even better than I’d hoped, and I’d like to thank everyone who submitted.

Please don’t try to vote a bunch of times for your favorite picture; I am sure it’s quite possible to game these things (in fact, I can think of a few different ways to do so) but I’d prefer if we could all just, you know, get along. I am going to leave this contest at the top of the front page for a week, for voting purposes, but I will still be posting Dogs of the Day… look just below this post for them. If I can figure out how to make that work.

Oh, I just realized: I didn’t ask people if they minded my using their names, so I am going to make the entries anonymous for now. If you would like me to use your name, either email me saying that you would, or claim your photo in the comments below, and I’ll adjust the title accordingly. I know some people are a little sensitive about this stuff. (And don’t worry, I would never publish someone’s email address.)

And now, without further ado, the entrants, in absolutely no particular order: 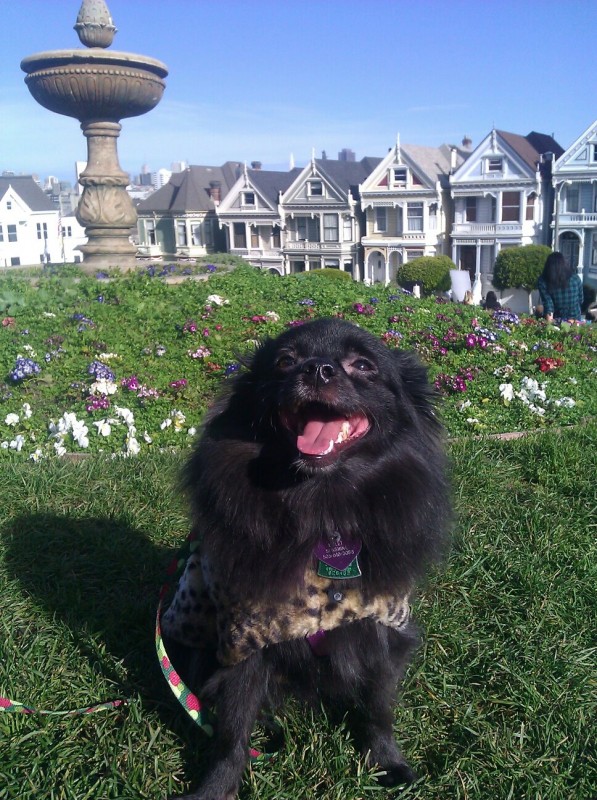 ENTRY 1: Violet in Front of Postcard Row. This is Violet, a Schipperke/Pomeranian mix, being goofy in front of one of the more recognizable landmarks of the city, Postcard Row. 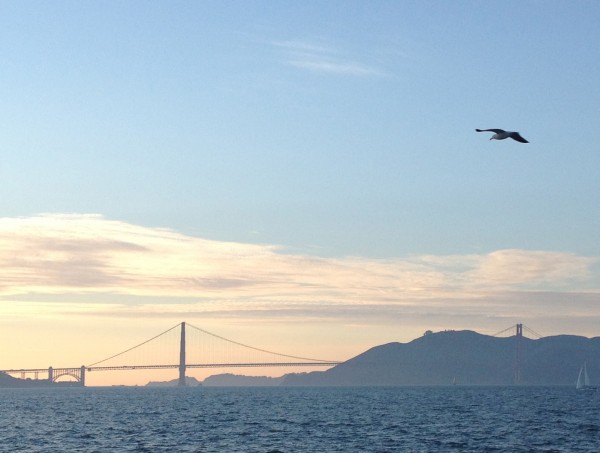 ENTRY 2: The Golden Gate Bridge near sunset. Only one person took me at my word, and submitted a ‘city’ pic without a dog in it. It has a bird, though! 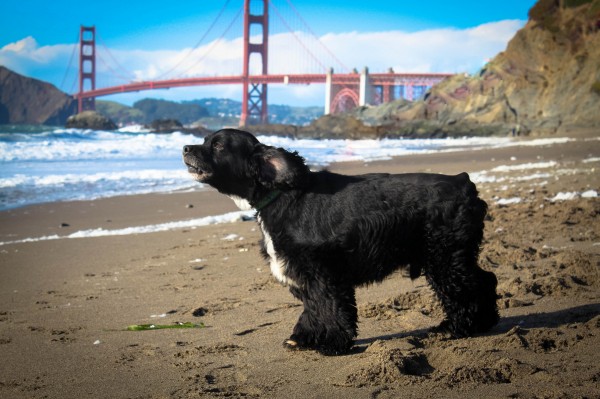 ENTRY 3: Jasper Enjoying the Breeze on Baker Beach. With the Golden Gate in the background. It doesn’t get a lot more Dogs of San Francisco than that. 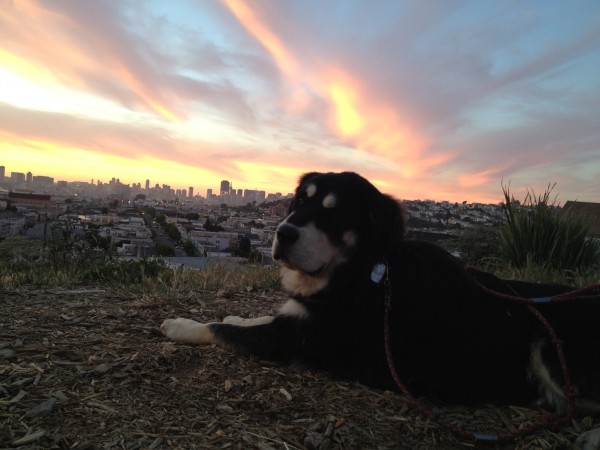 ENTRY 4: Lambeau on Bernal Heights at Sunset. This is Lambeau the Tibetan Mastiff, who has been featured on DoSF before. He made me smile the first time I saw him, and no less so now. 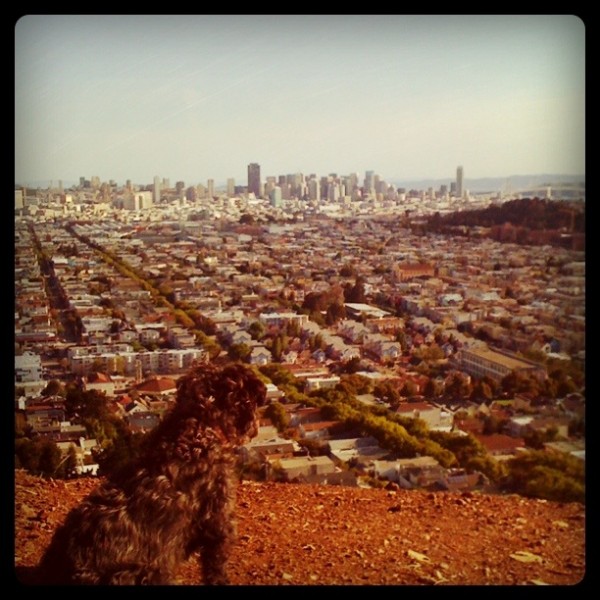 ENTRY 5: Devo Surveys his Domain from Bernal Heights. I am honestly not quite sure what Devo is. Maybe we can get his owner to weigh in?

Soo… what do y’all think?