Dog of the Day: Frodo the Adorable Adoptable Dachshund Mix

First off: for those of you wondering how Autumn’s family dog Ceili is doing, I have good news: she seems to be feeling better, and is now desperate to play. (It’ll be another week before she’s allowed to. Poor pup!)

Anyway, since I am entirely out of cats, and most of the non-dog non-cat animals I have are being reserved for a special occasion, I thought I’d post a couple pictures from last night’s soiree! It was a fun party, although it was too crowded for most of my pictures to be particularly good. Too many legs and not enough dogs!

But Frodo would be adorable anywhere. He was rescued by Loup Garou Animal Rescue, which rescues black dogs and cats and finds them homes. He is an adorable little bundle of energy, and loves giving smooches. He’s still a puppy but won’t get very big, since he’s a miniature dachshund mix. And the one-ear-up thing is amazingly adorable.

If you think he’s adorable, and have a place in your home for a pup like him, why not give Loup Garou a holler? 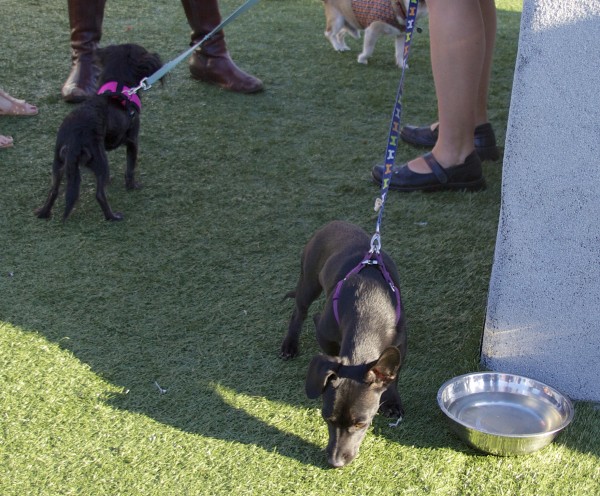 The dogs did mostly get along pretty well. There were a few incidents, but none of them involved Frodo. 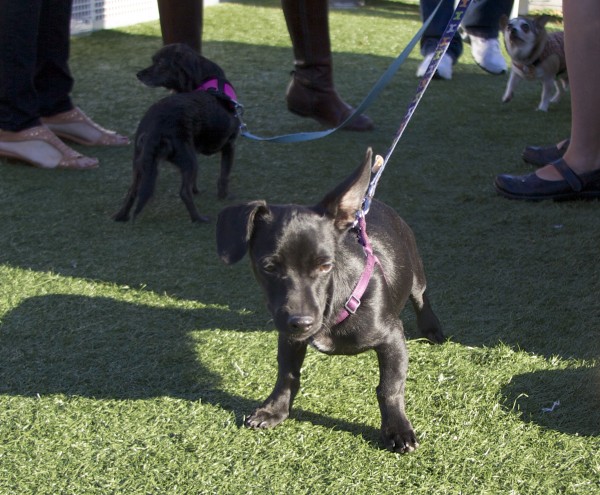 This entry was posted in Dog of the Day and tagged Dachshund, Mixed Breed, Puppy, SOMA, Wags and Wine. Bookmark the permalink.

1 Response to Dog of the Day: Frodo the Adorable Adoptable Dachshund Mix