As I never tire of mentioning, Caturday Supplements are for non-dogs, not just cats. Which is a good thing because I’m fresh out of cats. So have a bird.

Gotta say, these came out better than I would have expected. The downfall of my camera when it comes to rapid movement is that it has no viewfinder and the LCD on the back is around a third of a second behind the action when I’m taking rapid-fire pictures, which means that it’s murder keeping something centered. Especially something small and prone to sudden darting. Also, this is on full telephoto, and yet at least some of the pictures weren’t too blurry to use.

Edit: As Theressa points out below, this is probably an Anna’s hummingbird. Whups! 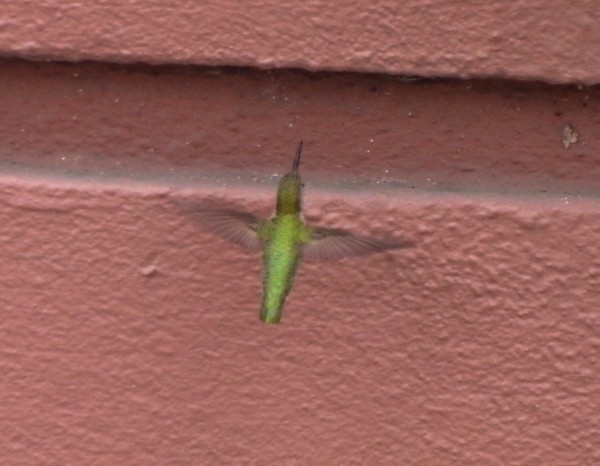 I think she’s a black-chinned hummingbird, but she could also be a ruby-throated. Apparently the females are famously hard to distinguish between. 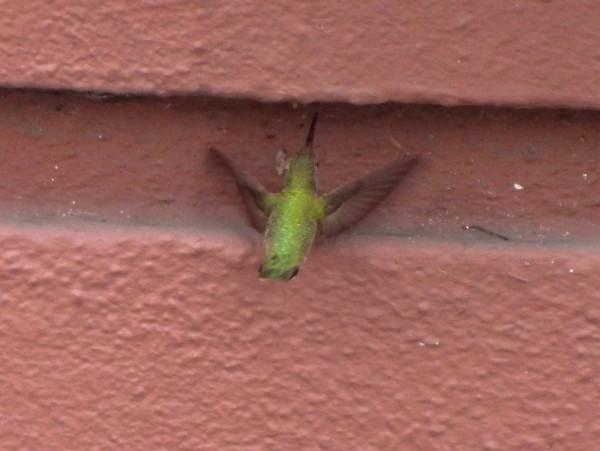 I checked later, and there are a lot of mites up in there. Tasty ones, apparently. 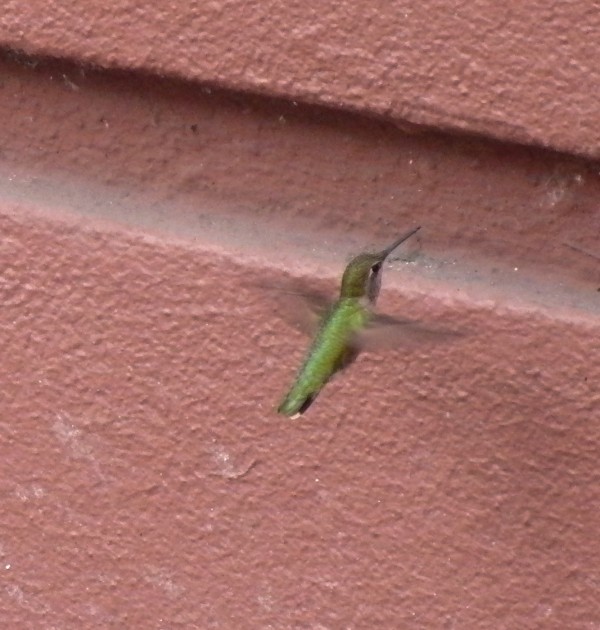 A little possible black on the chin. Plus a pretty long, straight beak. 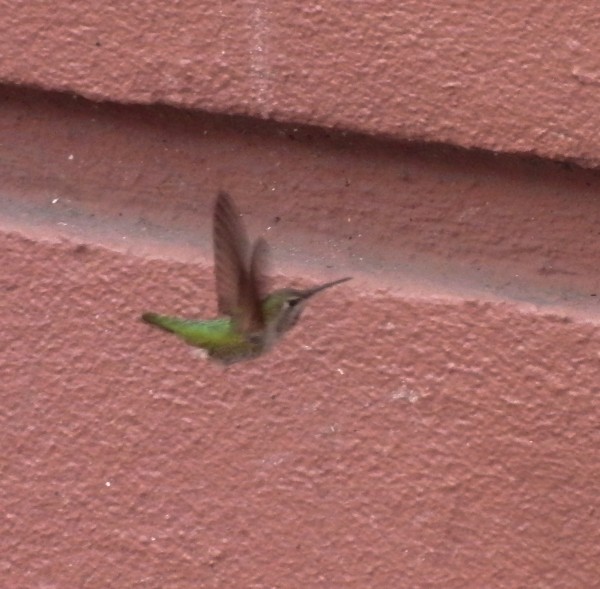 A better angle for the chin. Also, I apologize fir the hideousness of that wall.

This entry was posted in Caturday Supplement and tagged Bird, Embarcadero, Hummingbird, SOMA. Bookmark the permalink.