Dog of the Day: Italian Greyhound

Another first: our first Italian greyhound here on Dogs of SF. Actually, I’ve tried a couple of times to feature an Italian greyhound, but every time I’ve ended up with the dog hiding from me entirely, or shivering so much when I get near him that he looks blurry, or in extreme cases both. They seem for the most part to be pretty shy and easily frightened, both by people and by other dogs. And also often very cold, especially in that San Francisco wind.

Not this guy, though. He wasn’t at all shy, came right up to me and said hello, and wasn’t at all scared of the other dogs in the little dog park he was in, either. In fact, he seemed to adore teasing them: he’d run up to one, bark at him, sniff at him, and if that didn’t get his attention, snap his jaws a foot or so away from the other dog. Then he’d run away, and try to get the other dog to chase him. Because he knew he was faster than just about anything he was liable to meet.

Which gave me another problem: how to catch him with the camera? Because when he was running, either he was far away, or blurry. Or blurry and far away, come to think of it. But I eventually got three pics (so that makes two more after the break), two when his dad gathered him up, and one when he was coming over to investigate me. 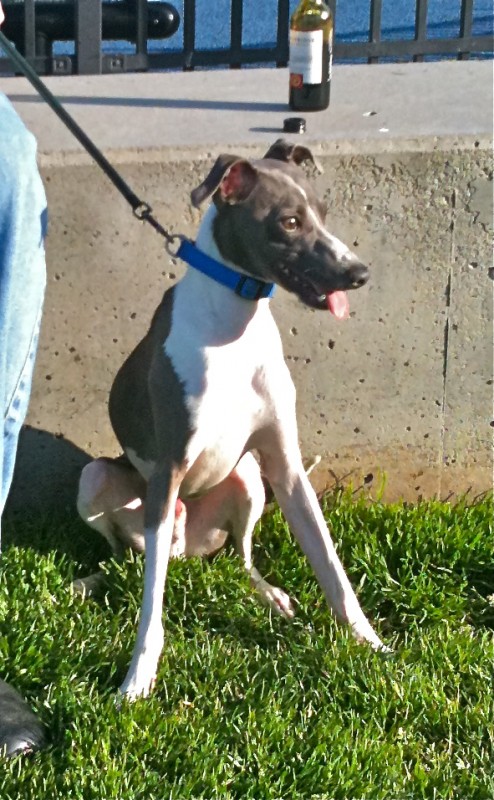 He's just spent half an hour teasing other dogs into chasing him all over creation. He's not even tired. 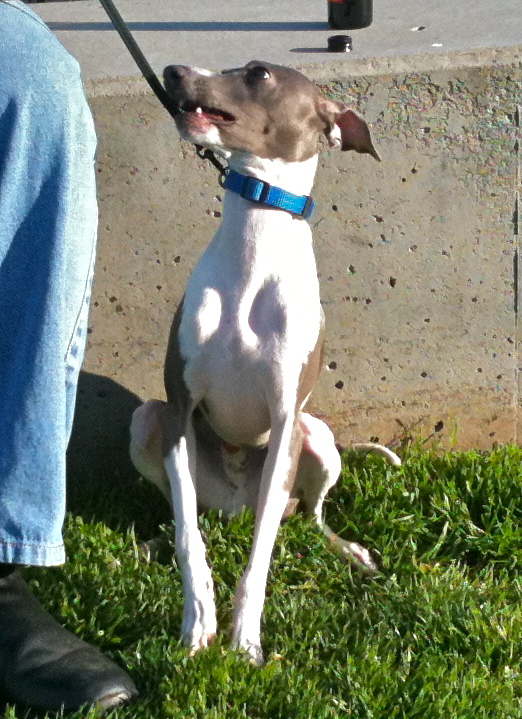 Hee. Look at that silly expression. Not sure what dad said, but he did get undivided attention.

Headed my way, for a belly rub. But not for long.

This entry was posted in Dog of the Day and tagged Italian Greyhound. Bookmark the permalink.