Autumn ran into this fine specimen on Grove somewhere near Octavia, which is the Hayes Valley area. He was sitting around in front of a house, basking in the sunlight, minding his own business, when Autumn came up and disturbed him. By petting him for around five minutes. He was terribly disturbed.

Autumn went on her way to her appointment, and then came back about an hour and a half later. He was still sitting there. So she was forced to disturb him again. Two more pictures, after the break. 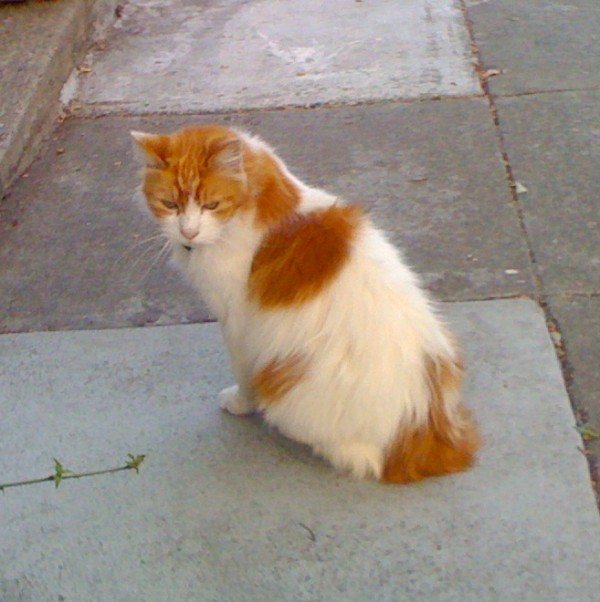 Looks like a perfectly normal kitty... except... where's the tail? 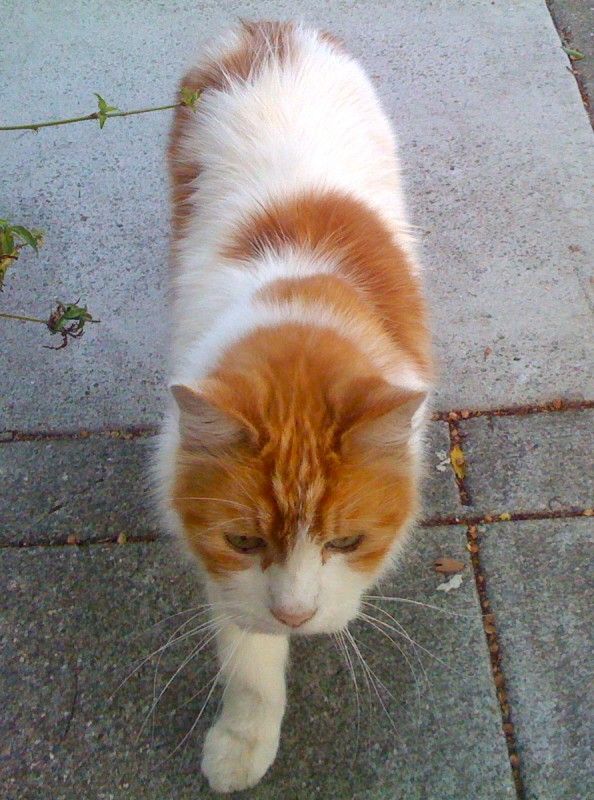 Very pretty face, but again... it really looks like there's something missing. 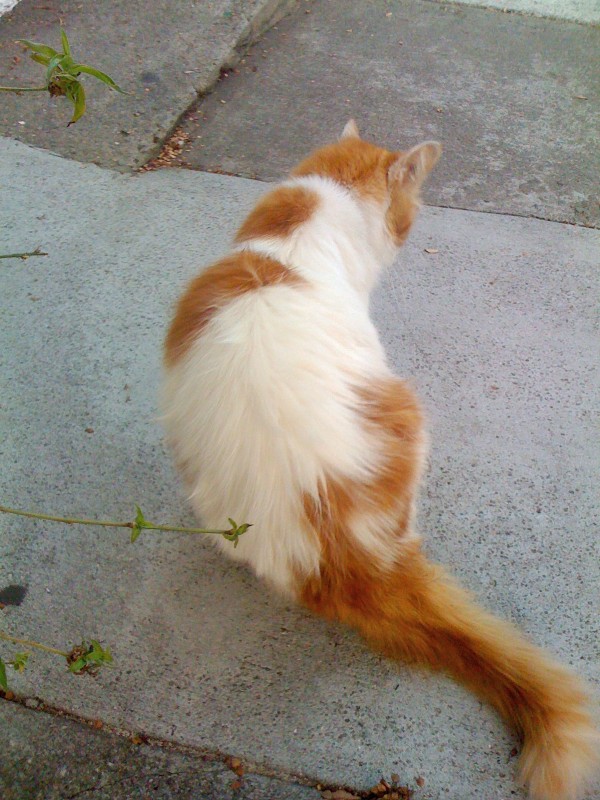 Oop, there it is. And a magnificent tail it is, too.

This entry was posted in Caturday Supplement and tagged Marmalade Tabby. Bookmark the permalink.