I dropped by the Mission Bay Howl-O-Ween celebration on Saturday. I’m going to be posting some pictures from it for most of the week, but I thought I’d start with the three dogs that the SPCA brought along. No one adopted them while I was there, so they may well still be available if you know anyone who is looking. They were all totally adorable.

I didn’t get any names, but I suspect if you tell them that you saw pictures taken at Howl-O-Ween, and point them to the pictures here, they’ll know who you mean. 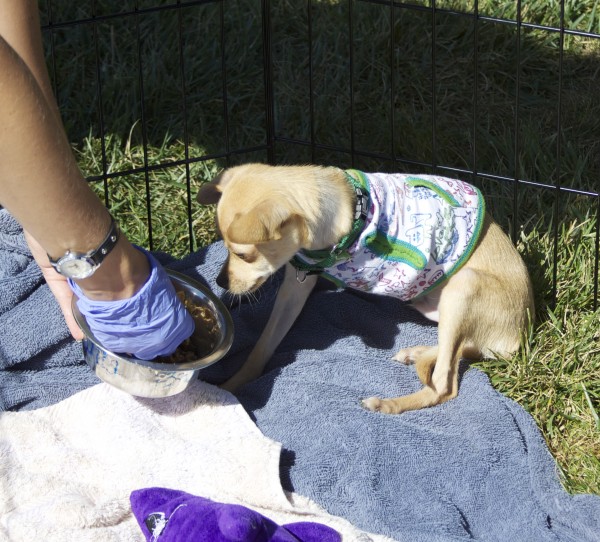 Yes, that’s a three-legged Chihuahua mix. And that’s not someone feeding her… that’s someone taking away the food! She had it in her pen for ten minutes and didn’t eat any. 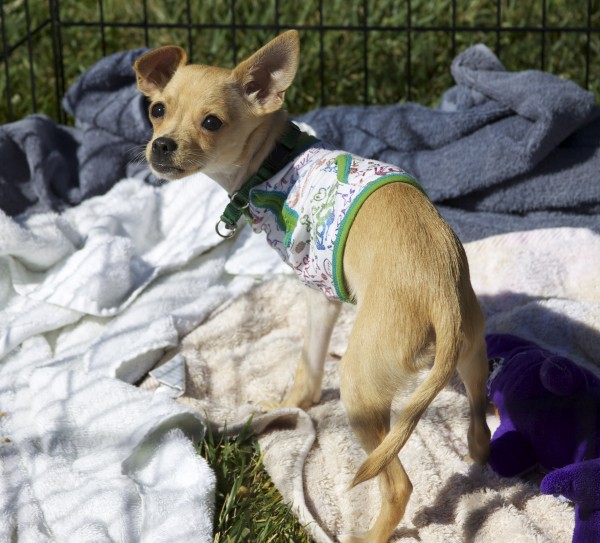 Of course, she got a little huffy when the food was taken away. 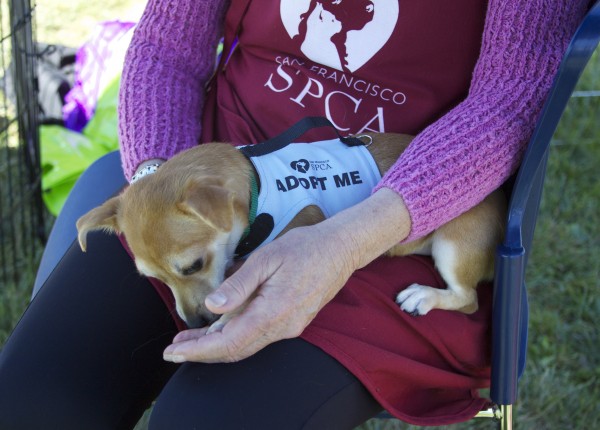 Not sure what this pup is, besides ‘adorable’ and ‘super-sweet’. Probably Chihuahua mix, but mixed with what? Shiba inu, maybe? 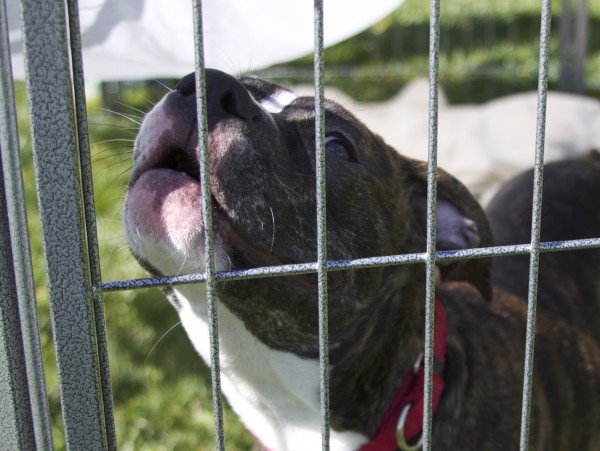 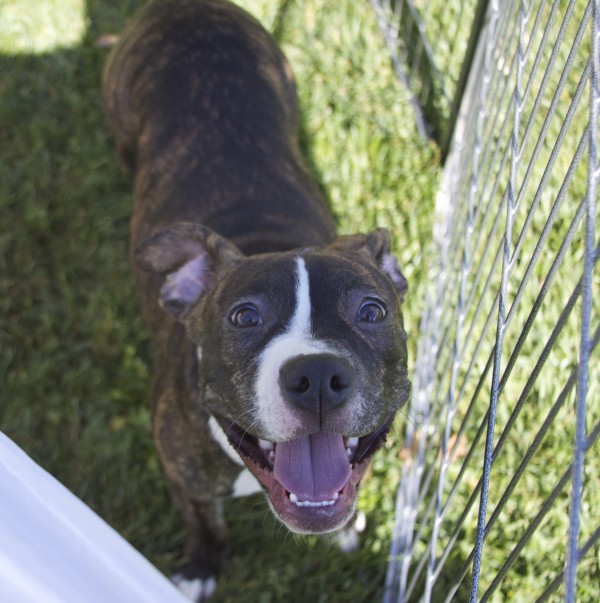 Someone was having a good time at the party. 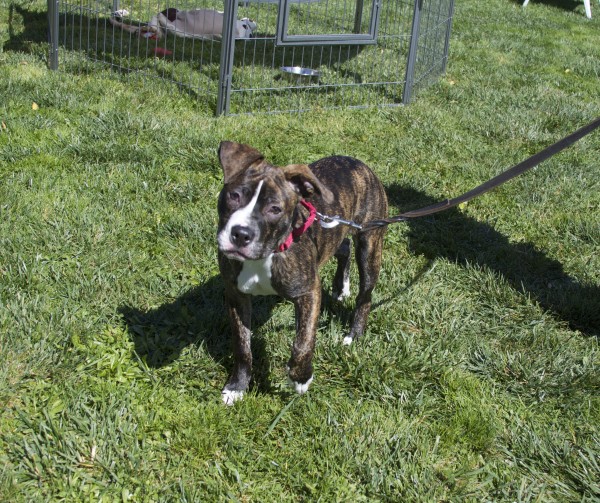 That’s not actually a sad look. That’s a ‘I just heard a SQEAKY TOY and I can’t figure out WHERE IT IS!’ look.

This entry was posted in Dog of the Day and tagged American Pit Bull Terrier, Chihuahua, Mission Bay, Mixed Breed. Bookmark the permalink.

2 Responses to Triple Dog Day: The Adoptable Dogs of Howl-O-Ween