Dog of the Day: Chow/Lab

You don’t see a lot of dogs in San Francisco’s Chinatown. And I’m not making some kind of obnoxious ethnic slur here: it’s just a fact that the Chinese residents don’t keep as many dogs as pets as people in other neighborhoods. I’m sure it’s a cultural thing.

However, I’ve also noticed that when I do meet a dog in Chinatown, it’s almost invariably a big, happy, fluffy, friendly dog. And it’s almost always very well-trained, and well-socialized. I’ve met a few golden retrievers, a few labs, a couple of unusually friendly chows. And this guy. This guy is half-lab, half-chow, according to his owner. And he was so friendly, and yet so polite: he didn’t actively get in anyone’s way, or even move towards them at all. He just stared up at everyone walking by, making it very clear that if they wanted to pet him, that was just fine with him. 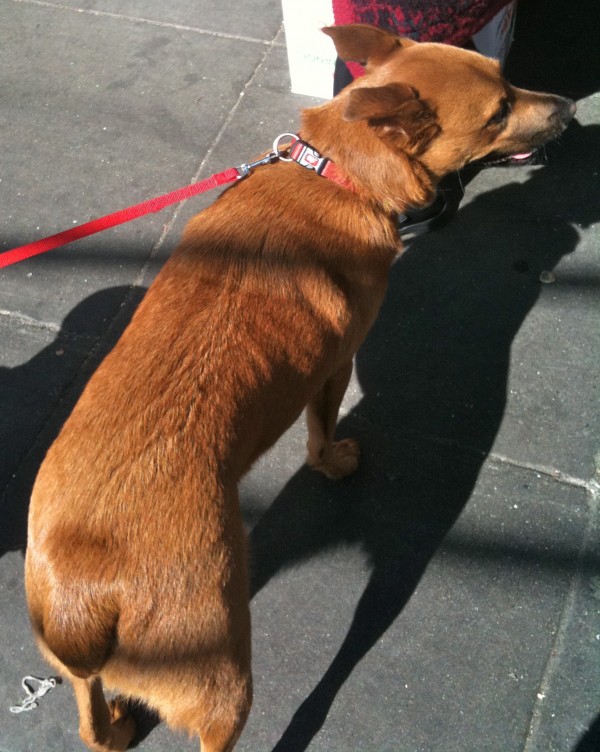 This is the pup gazing after someone who has just petted him. Note the stubtacular tail. 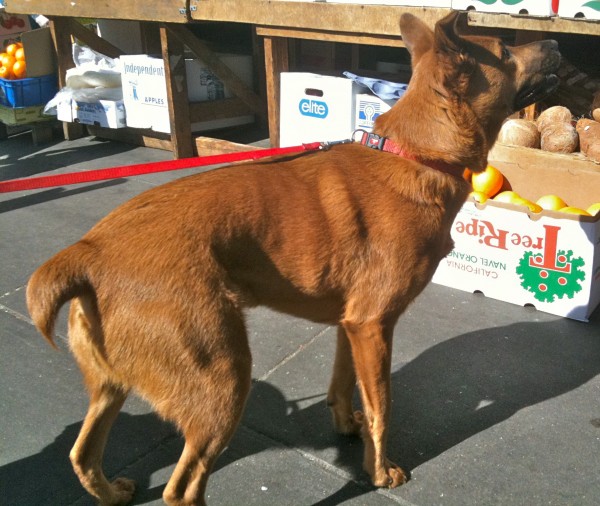 He has just spotted his dad, coming back out of the stand in front of him. 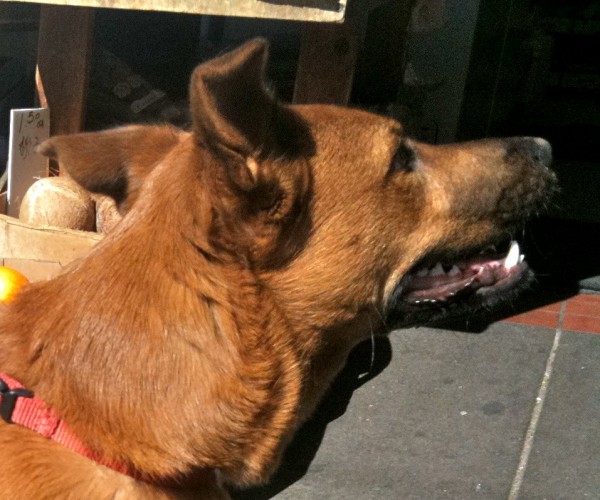 Look at that adoring expression. And also those goofy slightly-saggy ears.

This entry was posted in Dog of the Day and tagged Chow, Labrador Retriever, Mixed Breed. Bookmark the permalink.