Autumn and I ran into this puppy on our way somewhere, and I grabbed a few pictures. And none of them came out, they were all too blurry, due to puppy hyperkineticism. Thank goodness, we ran into her again a week or two later. 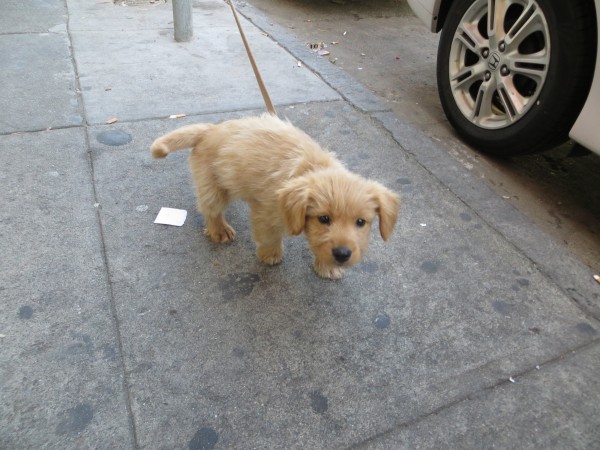 I think there’s some terrier in there, but she’s at least half golden retriever. 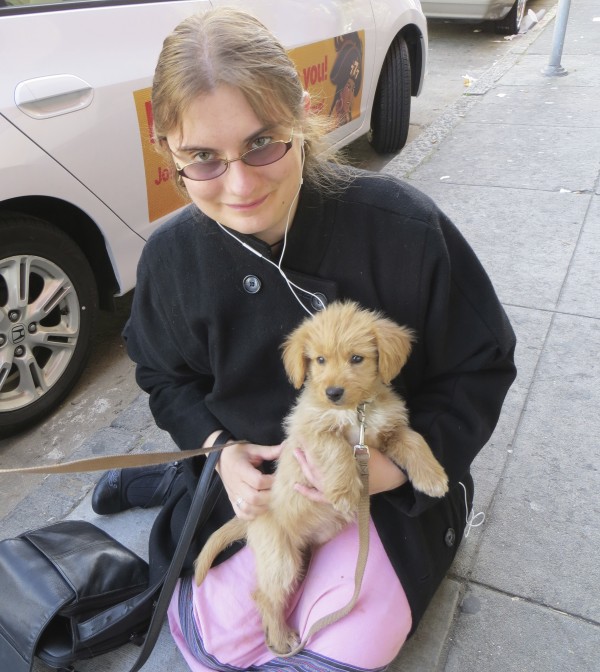 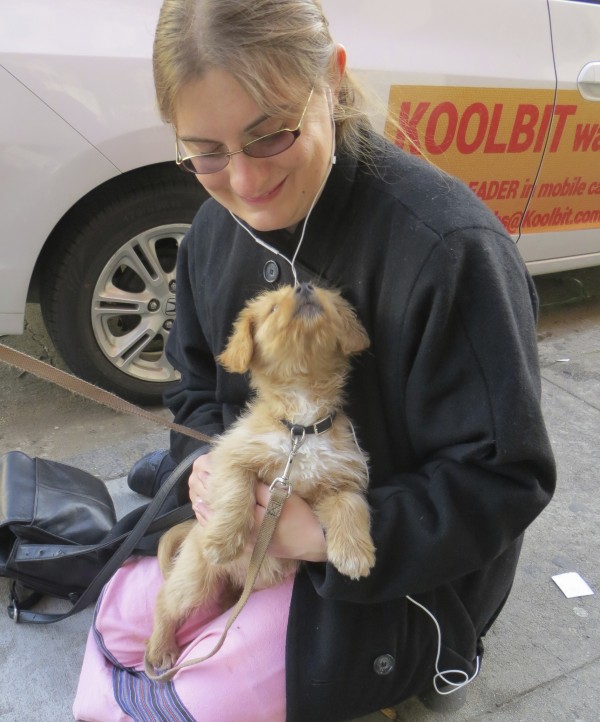 Can’t blame her. So cute! And so cuddly! 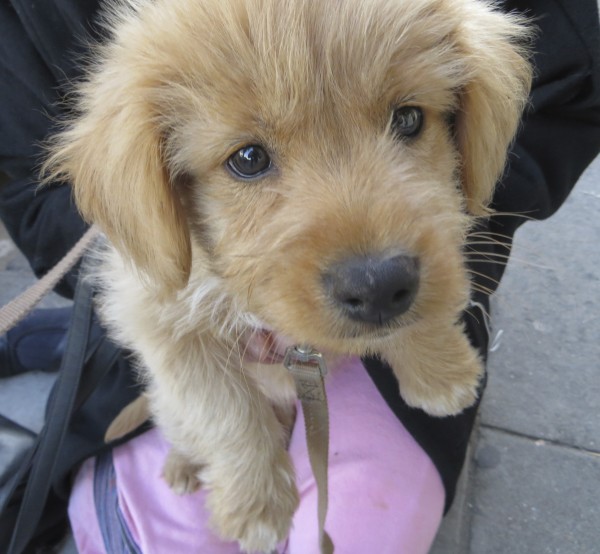 Yes, booping that nose is just as satisfying as you think it would be.

This entry was posted in Dog of the Day and tagged Chinatown, Golden Retriever, Mixed Breed. Bookmark the permalink.

10 Responses to Dog of the Day: Golden Retriever Mix Puppy