Dog of the Day: Phoenix Chihuahua

I visited my brother briefly between Christmas and New Year’s. He lives in the Phoenix, Arizona area, in Tempe. He has a good-sized house, and rents part of it out, and one of the people who lives in that part has a dog. I can’t for the life of me remember his name, but he’s quite a friendly little beast.

But, well, not the prettiest: apparently he had sarcoptic mites until quite recently (he’s 2), when they more commonly go away of their own accord before a dog turns 1. Consequently, he’s just growing in his first real coat. Well, I’m glad it’s all working out for him, however belatedly. 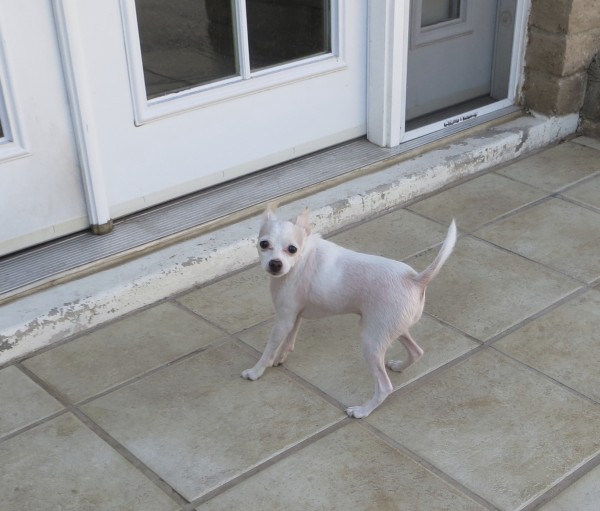 Every picture of this dog looks like he’s cringing. I wasn’t beating him, I promise. He wasn’t actually terrified, even. He was just chilly. 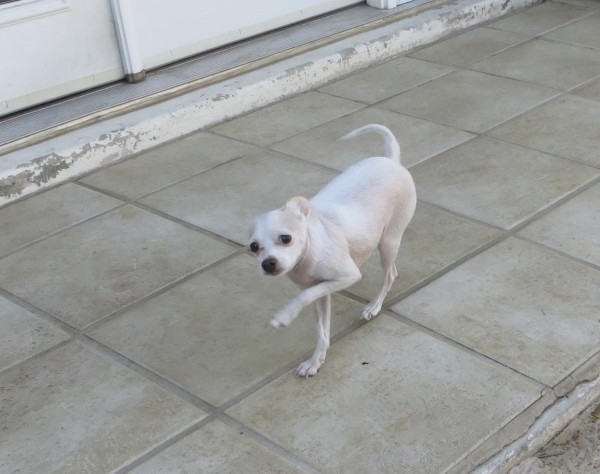 Really. Seriously. This is not a terrified dog. Look, his tail isn’t tucked. (But damn, does he do a good whipped dog act!) 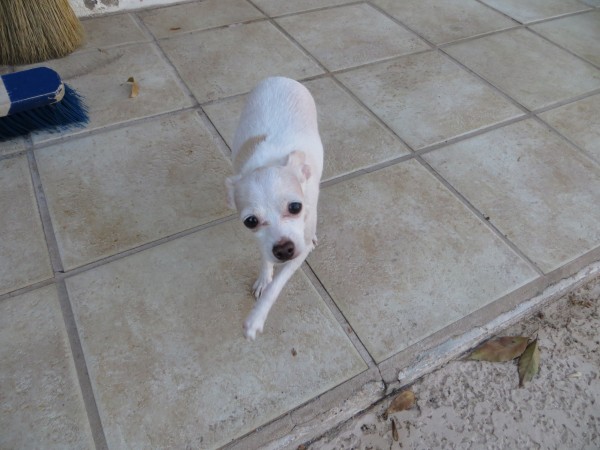 This entry was posted in Dog of the Day and tagged Chihuahua, Phoenix. Bookmark the permalink.