I know I just posted a Rottweiler recently, but I’ve seen this guy a few times and never got a good picture of him before, so I just had to post him now that I’ve gotten a few. His owner must like coffee a lot, because I see him out in front of the Starbucks on King Street near the train station an awful lot, waiting super-patiently out there in his little collapsable crate.

Sometimes it rains. When it rains, he just pulls his head inside and stays nice and warm and dry. It’s like a portable doghouse! How awesome is that? I mean, it’s maybe not so awesome that he spends that much time sitting outside a Starbucks, but if he’s going to, he sure is well-equipped for it. 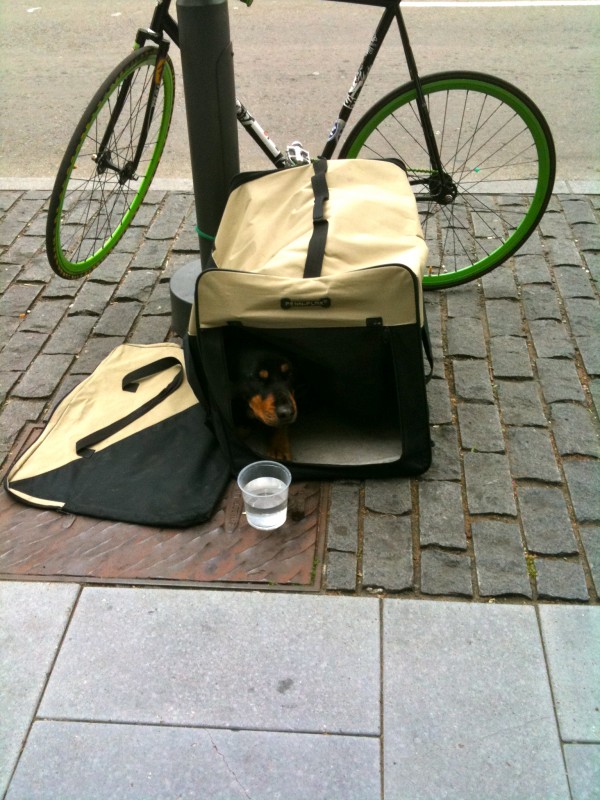 When suddenly, emerging from the darkness, we see the shape of... is that... could it be... eyebrows? 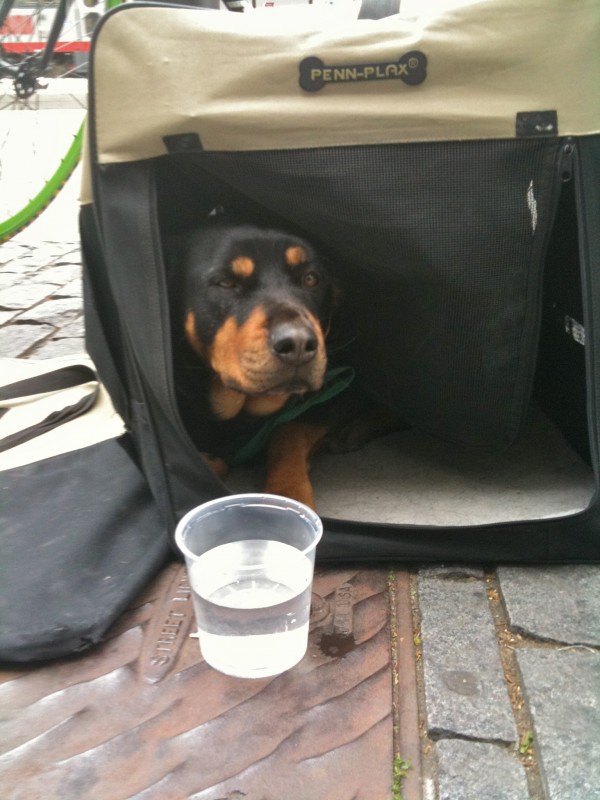 And the subject pokes his head out, and indeed! They are eyebrows! But not just any eyebrows... they are marvelous eyebrows! 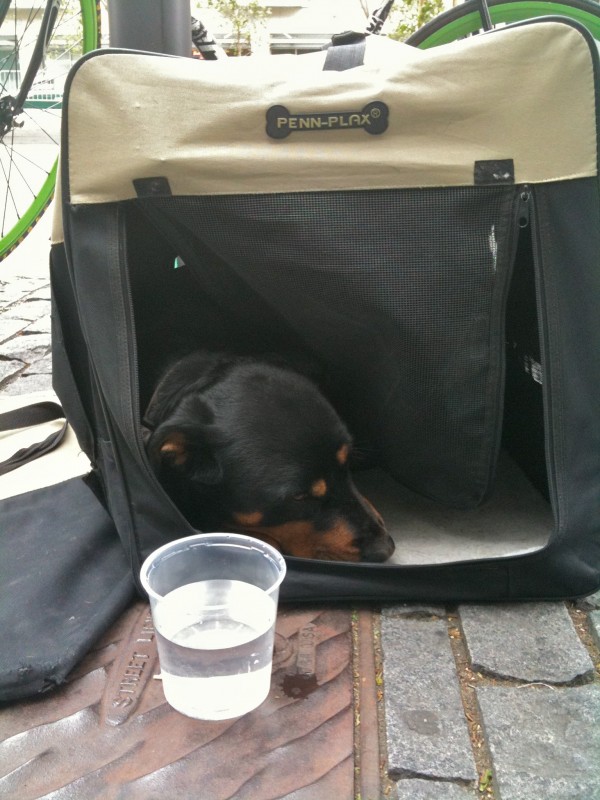 I guess I'm not as interesting to him as he is to me.