Dog of the Day: English Mastiff

Oh lordy. This fine fellow was tied to the next parking meter over from yesterday’s pup, but the two were ignoring one another. I was definitely unable to ignore either of them, but I must admit, this guy got the lion’s share of the attention.

I assure you, however big he looks in the pictures, he looks even bigger in person. 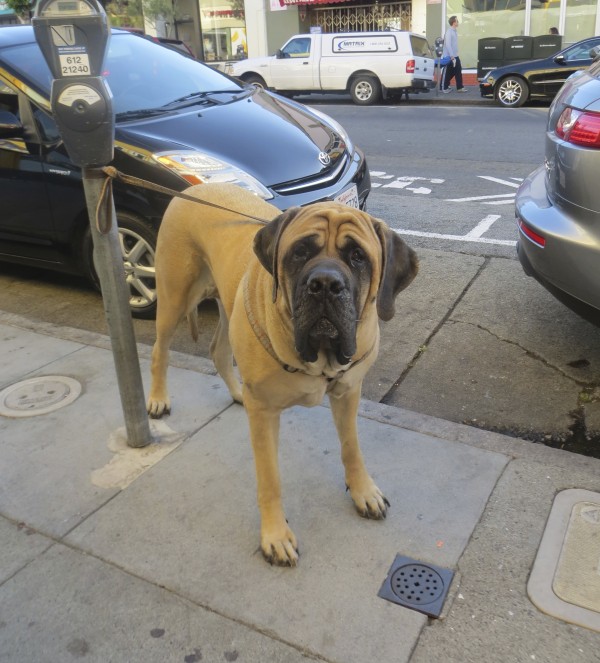 You could tell the dog people from the non-dog-people. The latter were walking around him as far away as possible; the former were walking right up to him with an awed expression on their faces. 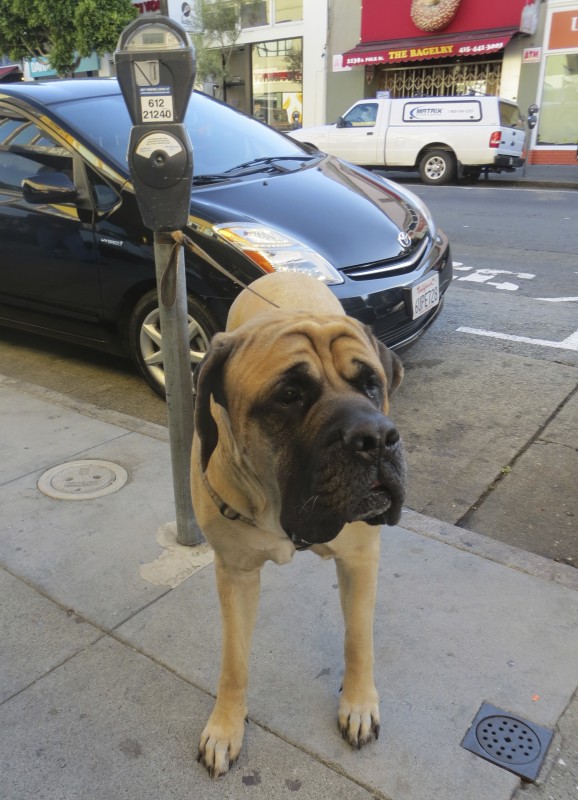 You can guess which group I fall into. 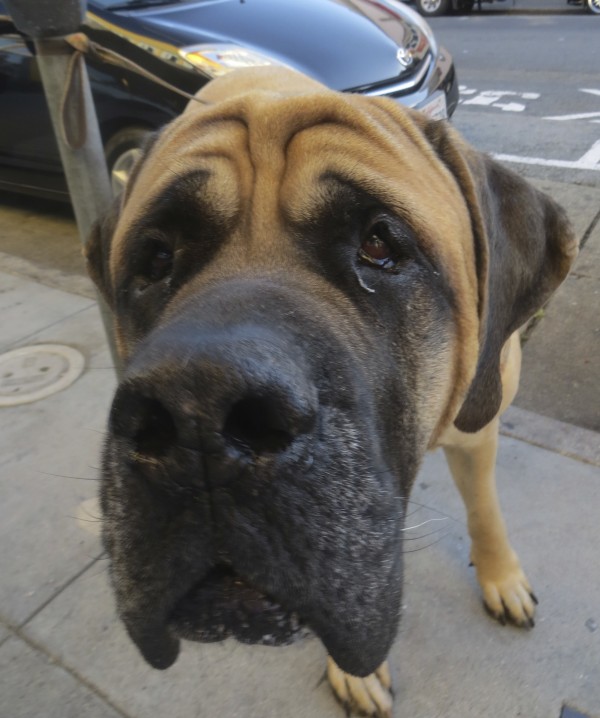 This entry was posted in Dog of the Day and tagged English Mastiff, Polk Street, Russian Hill. Bookmark the permalink.

4 Responses to Dog of the Day: English Mastiff