I went to the Million Dog March today, and it was pretty awesome! I’m not convinced it was much bigger than Bay to Barkers, but it was a whole lot of dogs, and the vast majority of them were awesome. (Those that weren’t awesome? Were super-aweseome.)

Going to be posting dogs from there periodically over the next few weeks, but I thought I’d start you off on a high note, with a four-month-old golden retriever puppy. So cute! 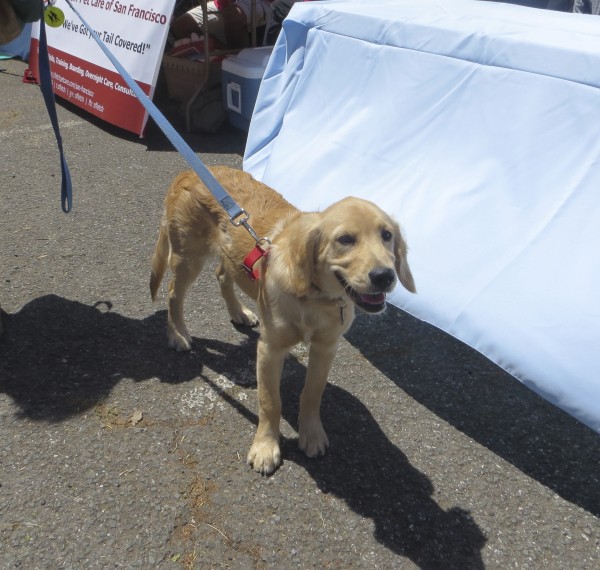 I think this may have been this pup’s first big doggie-event. He was having a BLAST. 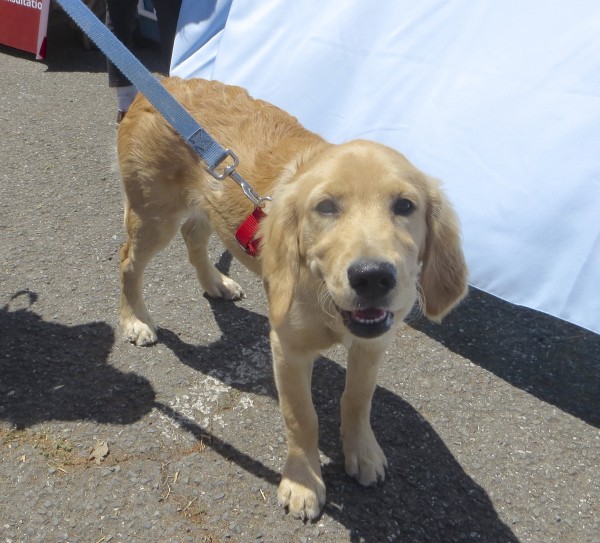 He was going around LOOKING at everyone. You could tell who was human and who wasn’t: the ones who didn’t instantly melt weren’t human. 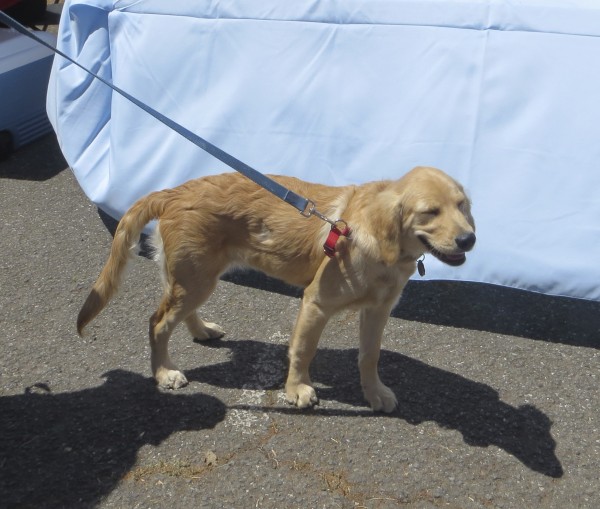 See? How could you not melt?

This entry was posted in Dog of the Day and tagged Excelsior, Golden Retriever, McLaren Park, Puppy. Bookmark the permalink.