Dog of the Day: Lina the Pembroke Welsh Corgi

I ran into this pup on one of her first days in the city, after moving here from Texas. She was a little intimidated by all the noise, fuss, and people, but I saw her again a few days later and she seemed to be settling in quite well.

Aaaand I managed to delete the note that had her name on it. Hopefully her parents will drop by and see her and remind me. She lives in the Russian Hill/Polk Street area, so it may be that Tidus is going to have a new playmate!

Edit: Mom chimed in below, and it turns out her name is Lina. Yay, Lina! 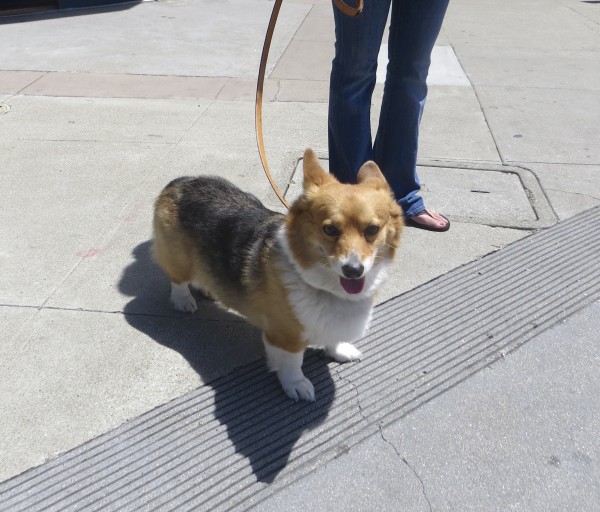 A little bit on the petite side for a corgi. Which means they had to work extra-hard to pack that much goofiness into her. 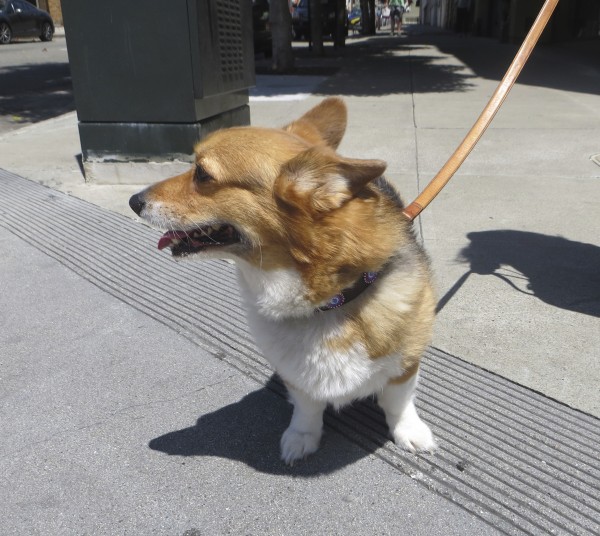 I’ve caught several corgis on that corner. Possibly there is Quantum Corgi Entanglement going on. 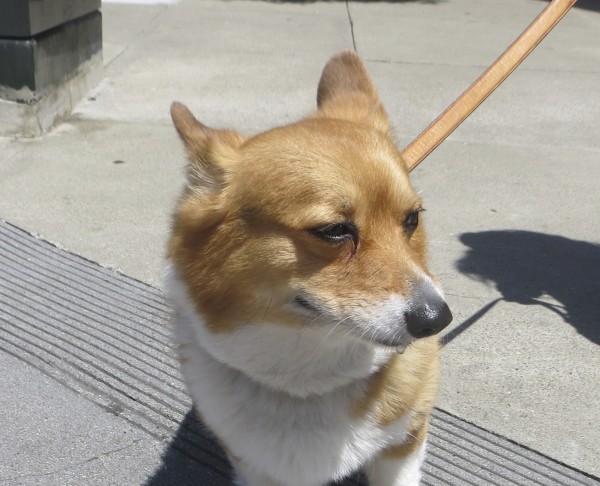 I can see Tidus has some competition in the ‘goofy expressions’ category.

This entry was posted in Dog of the Day and tagged Nob Hill, Pembroke Welsh Corgi, Polk Street. Bookmark the permalink.

9 Responses to Dog of the Day: Lina the Pembroke Welsh Corgi