Dog of the Day: Tidus the Pembroke Welsh Corgi Again!

Well, I posted some pictures of Tidus not too long ago, but he deserves a repeat performance for three reasons. One, he’s totally adorable! And two, he’s one of Autumn’s clients in her new business venture, the San Francisco Pup Scouts. That’s right: the cuter half of the Dogs of San Francisco can now be hired to walk your dog, play with your puppy, or pet sit your dogs, cats, or other pets. Best of all, donkey walks are free (if you happen to have a donkey within the San Francisco city limits)!

The third reason is that I will be taking a day off of blogging tomorrow for personal reasons, so we need something extra-cute to sit at the top of the front page for a longer than usual time. And so, I present to you, ‘something extra-cute’: Tidus the Corgi!

I may well post some more Tidus pictures at some point; if so, they’ll include some action shots. Running, jumping, playing corgis are hilariously awesome. 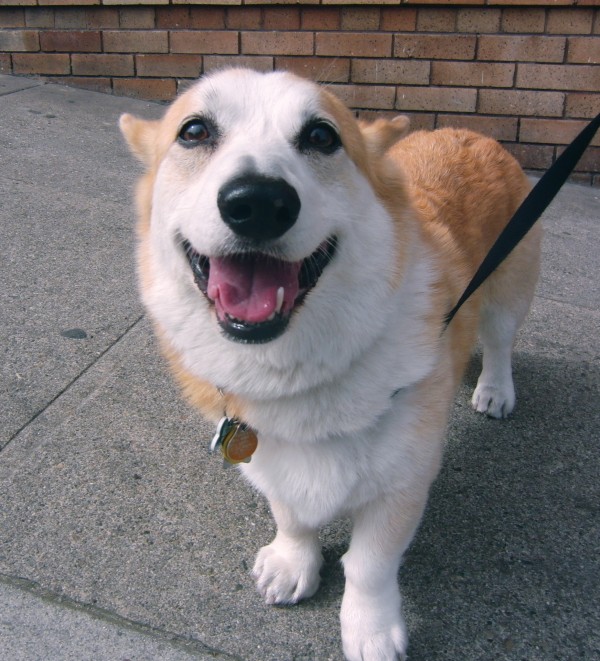 There aren't many faces as well-equipped to look happy as a corgi's. (Or as goofy.) 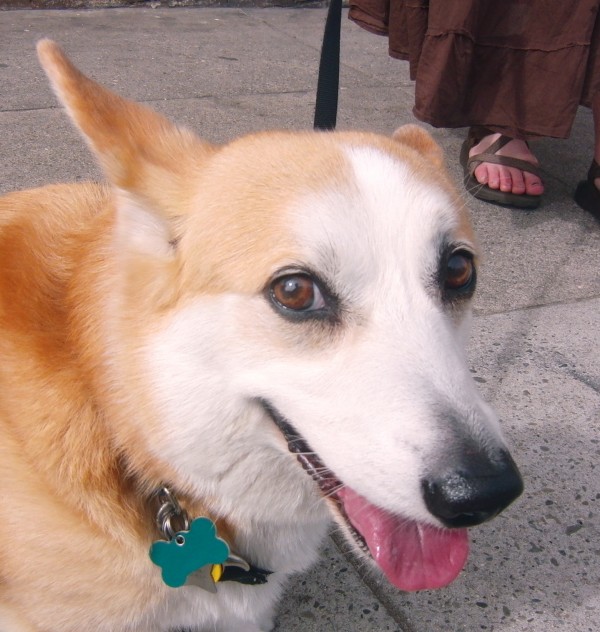 They're also awesome at looking mischievous. Which is fair enough, because they ARE. 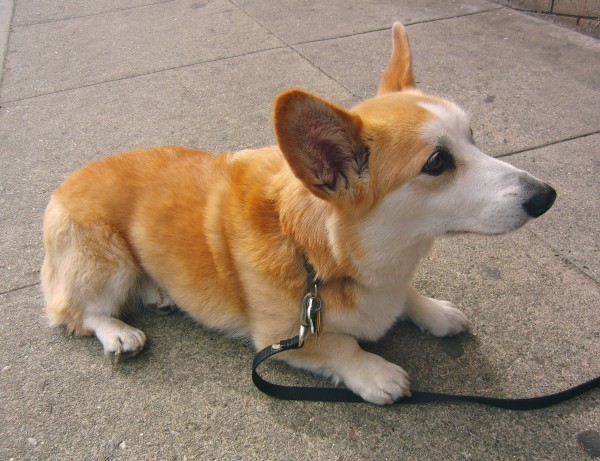 Tidus can be a challenge to walk. He is very, very good at spotting food on the street, and one has to be alert to keep him from trying to eat it. 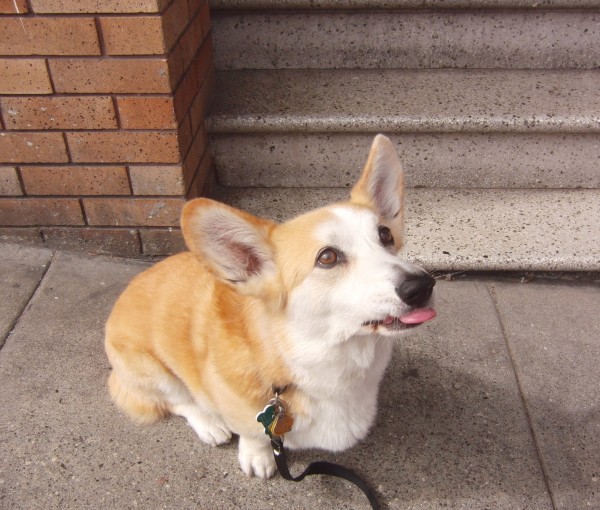 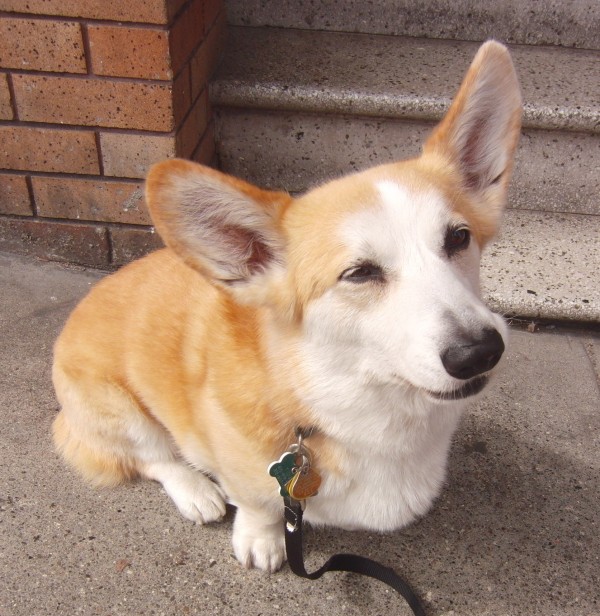 Did I say something about goofy expressions? 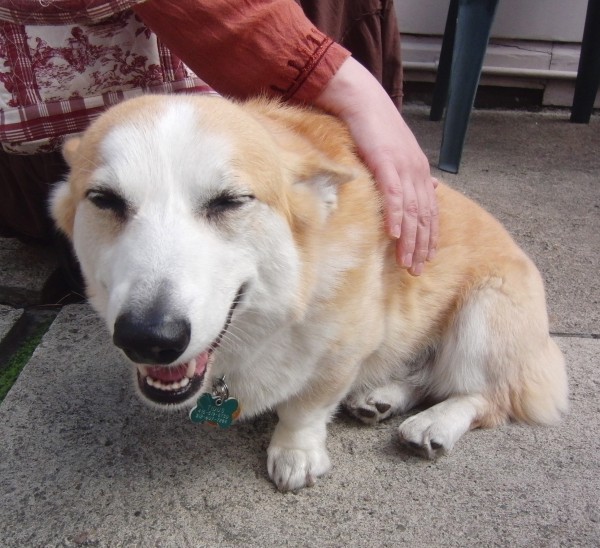 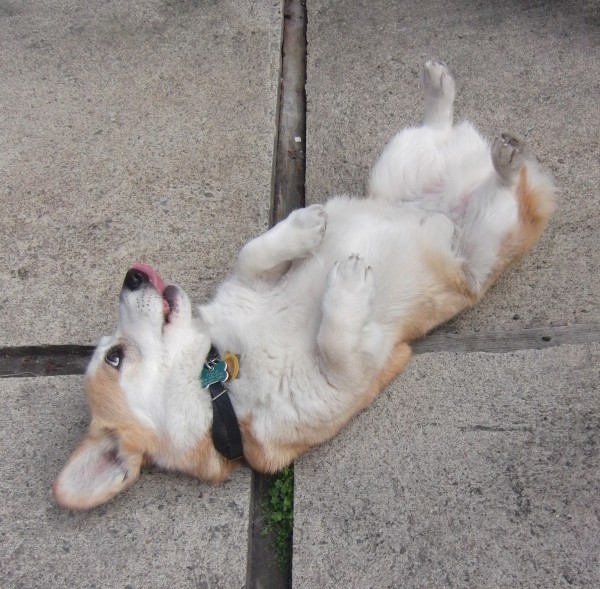 Tidus knows a number of tricks. This is a result of the following commands: "Sit. Okay, now lie down. Okay, now, BE CUTE!" I'm sure you'll agree that's a very well-named trick.

This entry was posted in Dog of the Day and tagged Near Home, Nob Hill, Pembroke Welsh Corgi, Pup Scouts. Bookmark the permalink.

2 Responses to Dog of the Day: Tidus the Pembroke Welsh Corgi Again!