I dropped by the ‘Ugliest Dog’ competition up in the North Bay yesterday. I couldn’t stay long, but I got some pictures of the contestants, including the winner, Walle. (I’ll be posting more pictures over the next few days.)

On the one hand, I will agree with the inevitable reaction to this: he does look pretty adorable. He doesn’t have the grotesque tongue, teeth growing in mysterious directions, patchy hair, cataracts, and so forth that have graced most of the previous winners.

On the other hand, he does have a certain something. I wish I could have captured it in the pictures I took. One judge said ‘This dog looked like he’s been photoshopped with pieces from various dogs and maybe a few other animals.’ My reaction was basically the same: ‘he looks like he was put together from spare parts, by a four-year-old’. He had a sort of hunch-back, and splayed feet, and his front legs were much shorter than his back legs, and he had muscles and bulges in places that they didn’t belong. It honestly did make me a little uncomfortable to look at him for too long.

And yet, somehow, he is also adorable. 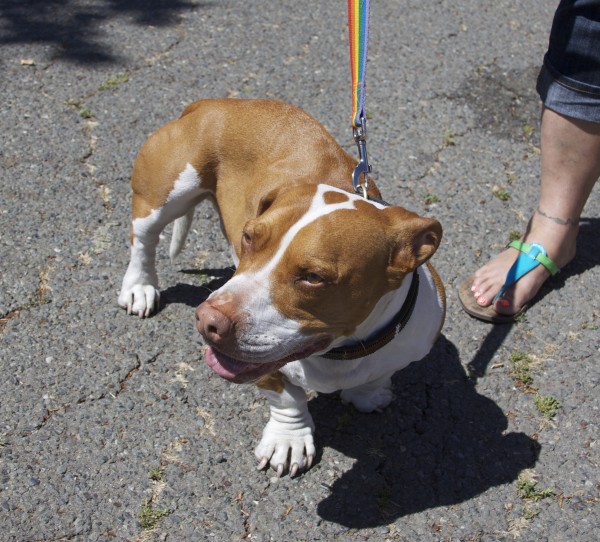 Oh, his head is also ENORMOUS compared to the rest of him.

10 Responses to ‘Ugly’ Dog of the Day: Walle the Beagle/Basset Hound/Pit Bull (?) Mix