I dunno. Anyway, I found this and I just had to use it to wrap up corgi week. Because this is Plato and Sula, but these are pictures I took of them about six months before the other pictures. While someone different was walking them, completely in a different part of town. And I didn’t realize I even had the pictures until yesterday, when I was searching my notes for ‘Plato’ and found TWO dogs named Plato. Both corgis. Both with a friend named ‘Sula’… okay. Probably not. 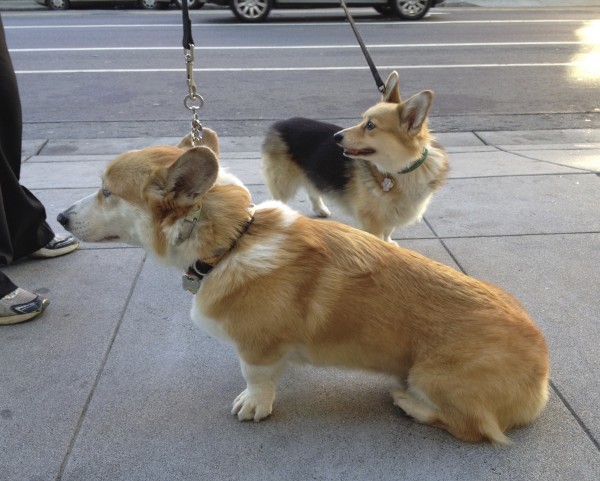 They really are a gorgeous pair when they’re not soaking wet, aren’t they?

This entry was posted in Dog of the Day and tagged Pembroke Welsh Corgi, SOMA. Bookmark the permalink.