Dog of the Day: Ollie the Saint Bernard

Ollie is a rarity, a Saint Bernard that was adopted from an SPCA group. He’s also a ‘rescue dog’ in that he obviously goes around bringing people brandy and slobbery smooches. He’s 5 years old, and is tiny for a male Saint… just 150 lbs. We ran into him outside at the North Beach Fair, and saw him again at the Blessing of the Animals. 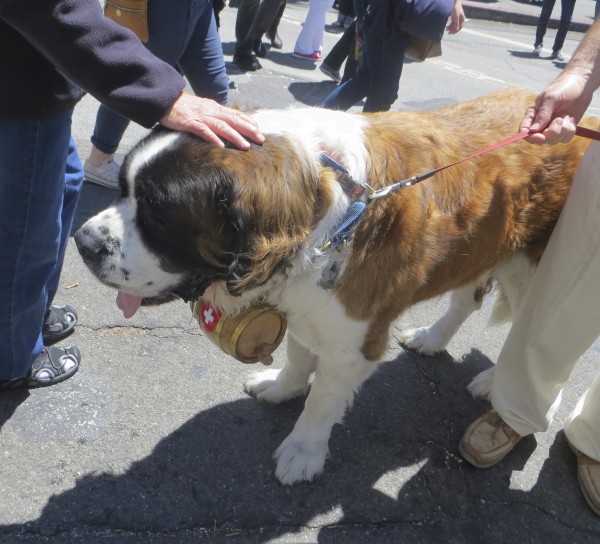 If I had a Saint Bernard I would totally buy him a barrel. 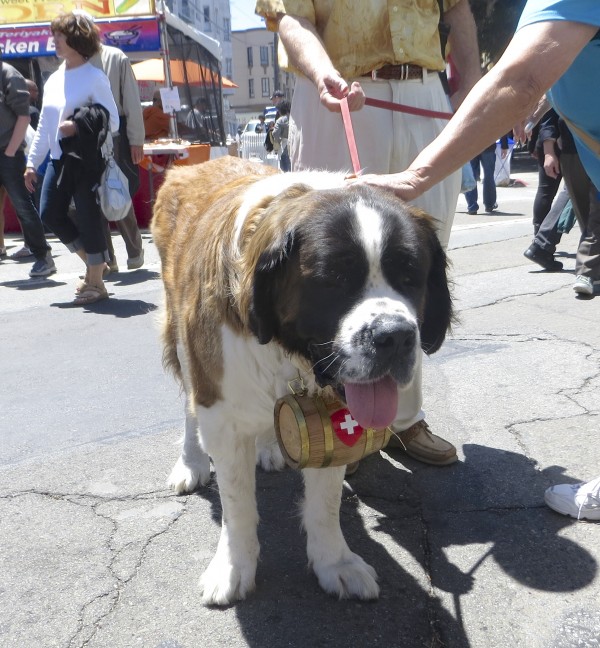 His dad, I think, got kind of tired of every single person who walked by stopping to pet him. 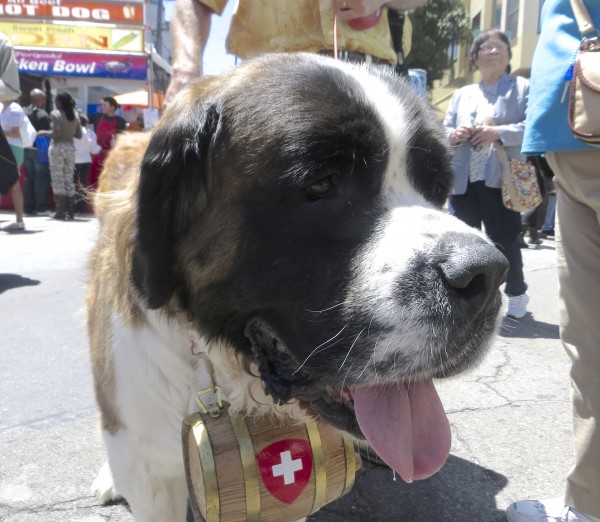 Ollie, on the other hand, did not get tired of being fawned over. Not at all. 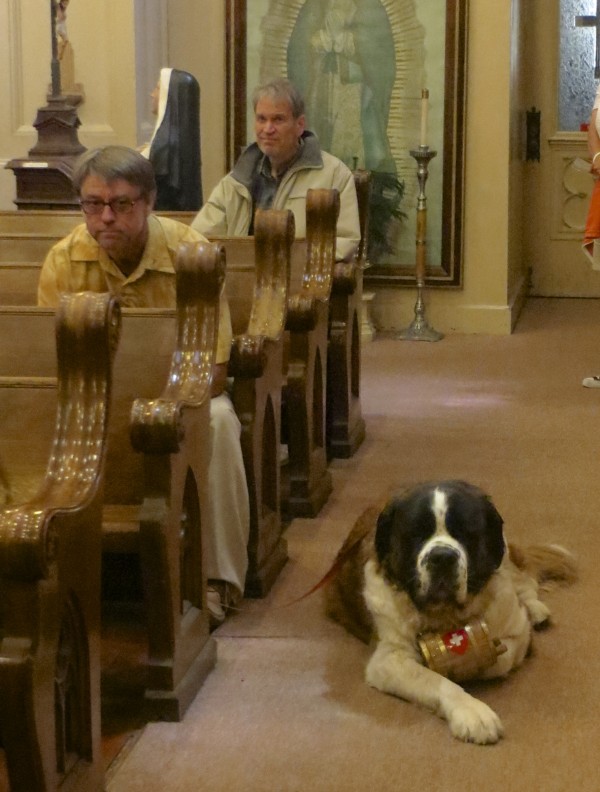 That’s dad. Like I said, I think he was getting a teeny bit tired of the attention.

This entry was posted in Dog of the Day and tagged North Beach, St. Bernard. Bookmark the permalink.

4 Responses to Dog of the Day: Ollie the Saint Bernard