I ran out of cats, so I dropped by Pets Unlimited (on Fillmore in SF) and asked if I could take some cat pictures, and they were happy to oblige. They had a couple of FIV+ cats, which they often have difficulty adopting out, even though FIV+ cats can still live long and healthy lives. (But you shouldn’t take an FIV+ cat if you already have an FIV- cat, or plan to let your cat play outside.)

So today, meet Whiskers. Whiskers is a playful kitty, most of the time, although I interrupted him at his dinner and in his post-dinner torpor, so all he wanted to do while I was there was lie around and have his ears and cheeks rubbed. 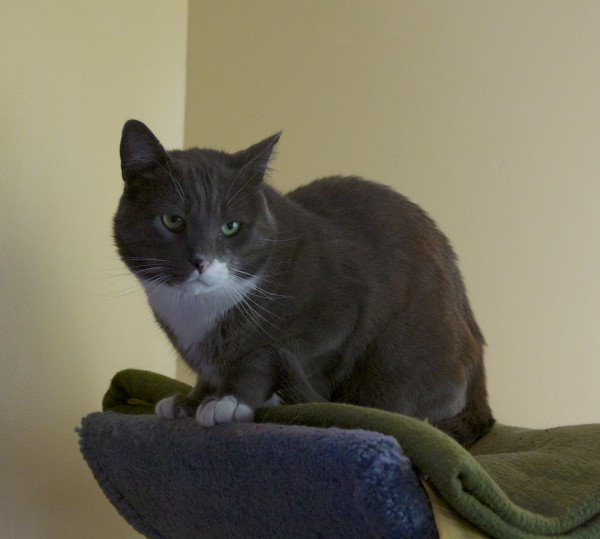 I knew lighting was going to be a problem, so I brought a couple of lights and played around with my flash. Neither of them was useful in the slightest. 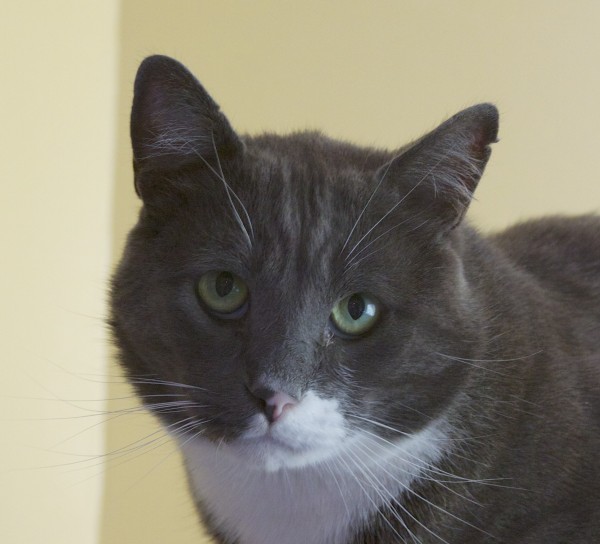 Such a cute nose! Half pink, half grey, and all adorable. 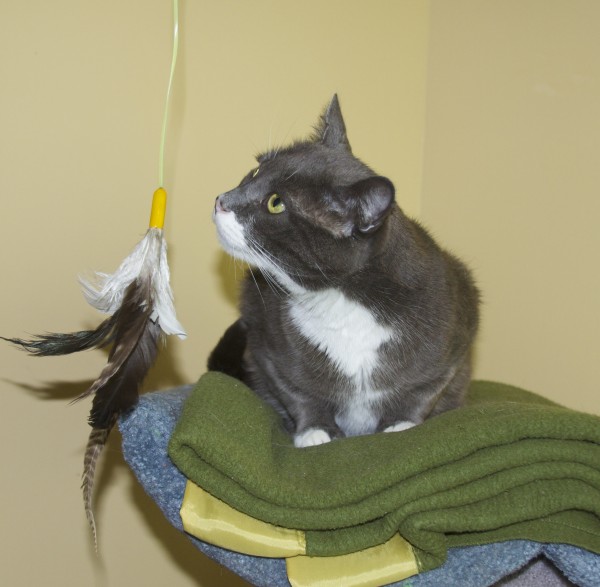 I can sympathize. I don’t want to run around like a crazy man just after I eat either. 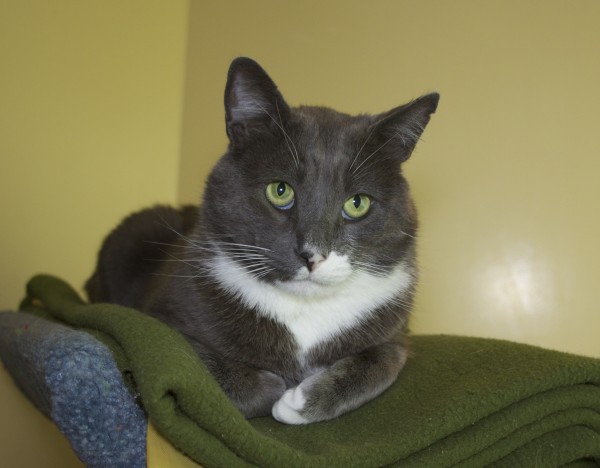