So Autumn’s family recently got a dog, Begley. And it was pretty clear that he was in great need of companionship when they weren’t home, so they had to get another dog. And so, since the local animal shelters were all really expensive (several hundred dollars for adoption fees!) they went to the local craigslist… where they found someone who was willing to part with her golden retriever, but only if they took the dog’s sister, too.

Yes, the dog’s sister was a duck. Named ‘Tank’. (Who actually thinks of the dog as ‘mom’.)

The two of them are definitely friends, although Tank is a lot more into Roxy than Roxy is into Tank. Still, they have fun together. Begley loves playing with Roxy, but he’s not allowed to play with the duck… he’s just a little bit too enthusiastic. 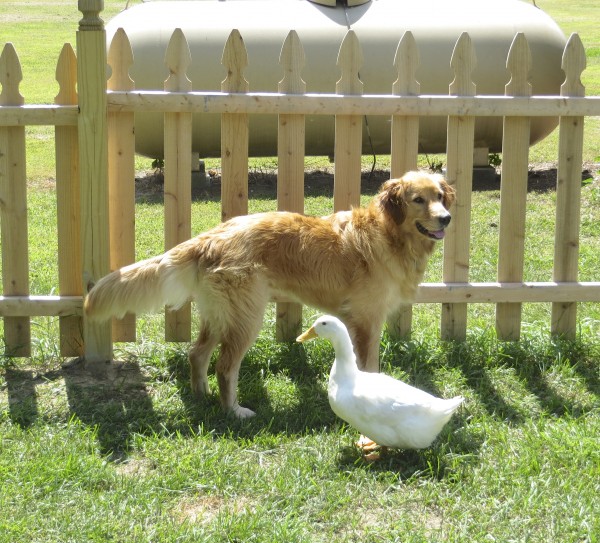 That duck follows Roxy everywhere. Well, except when she’s in her pen. 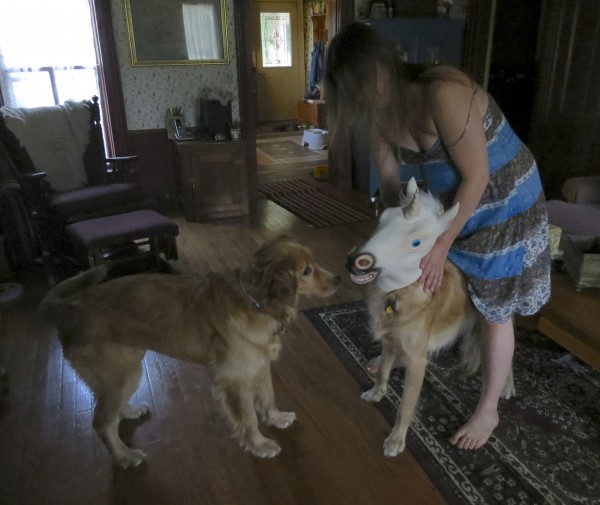 Autumn being mean to Begley. 🙂 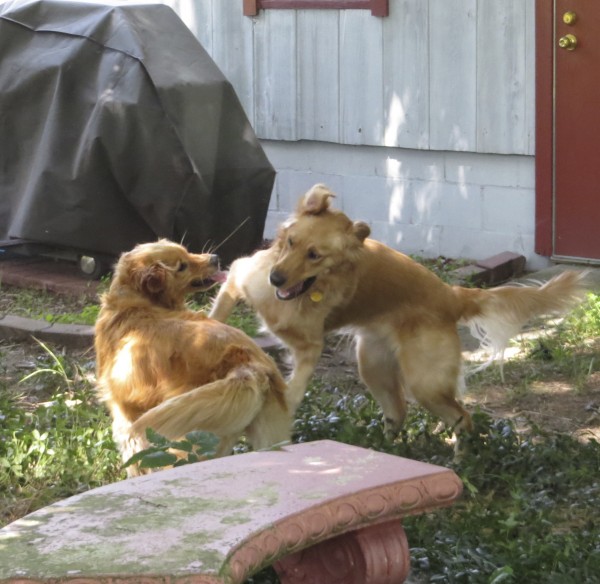 These two never let up. It is ALWAYS playtime. 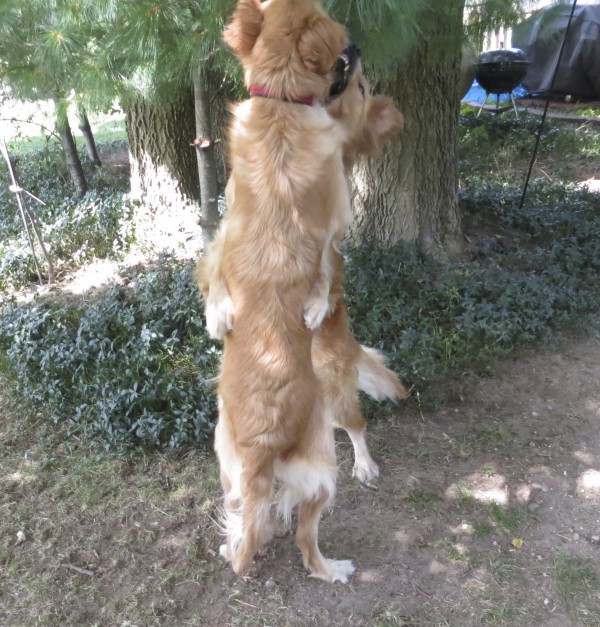 I wish I’d managed to get the camera up just another few inches. In my defense, though, I didn’t expect them to start ballroom dancing all of a sudden. 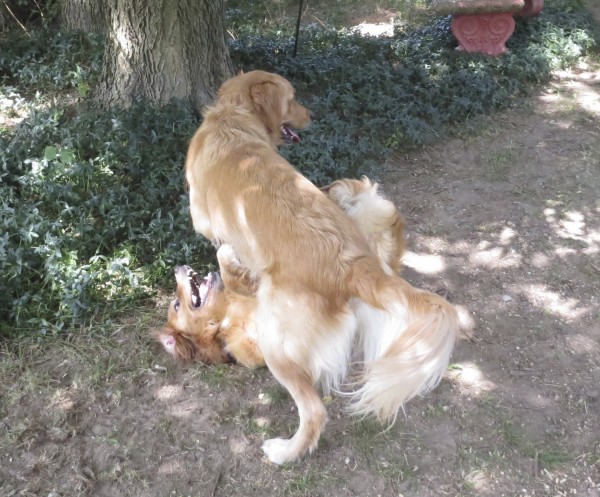 This entry was posted in Dog of the Day and tagged Bird, Duck, Golden Retriever, Indiana. Bookmark the permalink.