Autumn and I were out wandering around the Marina and the Fisherman’s Wharf areas today, and we got a couple of surprises. First we ran into the cutest little long-haired miniature dachshund. And when I heard that her name was ‘Chloe’, I thought, ‘Wow, that sounds familiar!’ And sure enough, I found her. She was one of the first dogs I took a picture of, in December of 2009, and was one of the first 50 I posted, in January of 2010. She is just as adorable now (4.5 years old) as she was almost four years ago, I think you’ll agree. 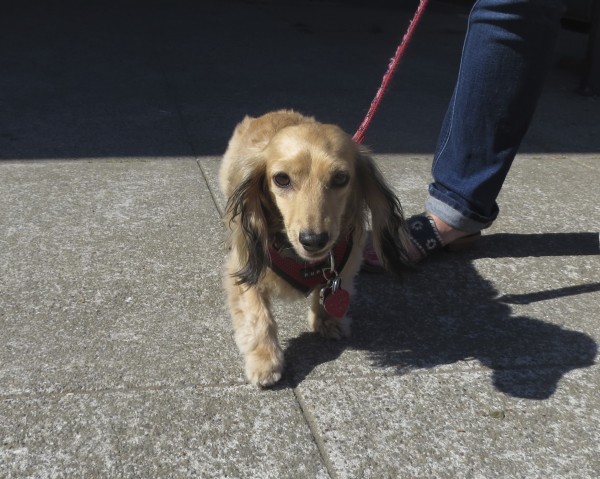 Those ears are just as silky as you think they are. 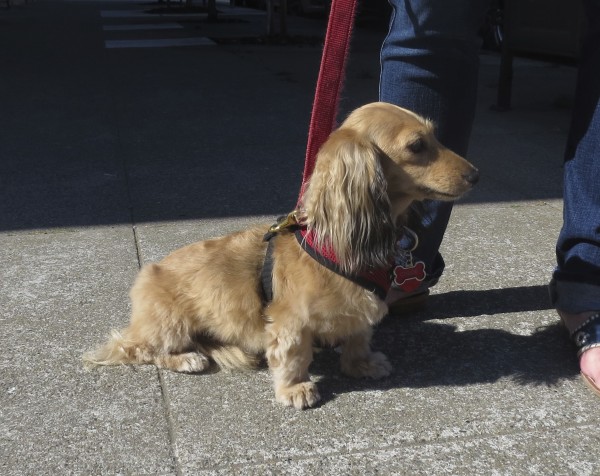 They really do look like miniature golden retrievers with short legs. 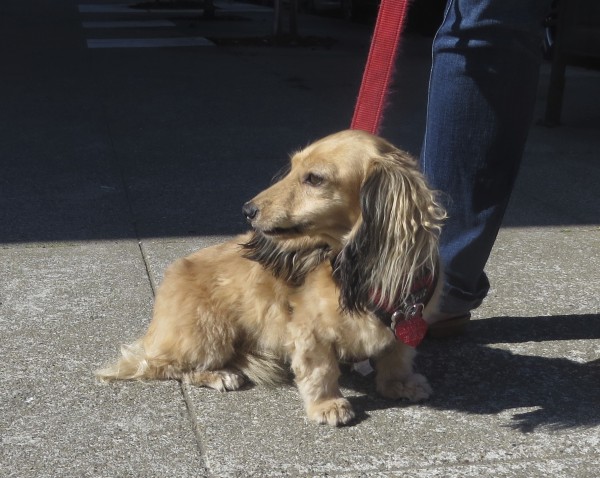 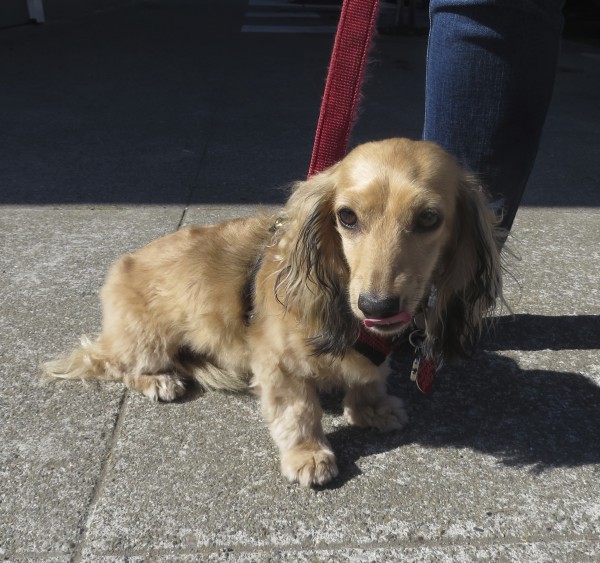 And speaking of old friends… only half an hour or so later, Autumn and I were sitting outside a cafe and enjoying the sunshine when who should walk by, but our old friend (and repeat star) Baloo! 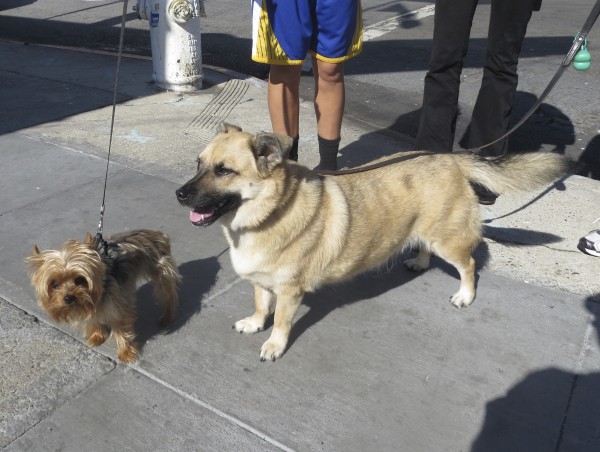 Last couple times I saw him, Baloo was with a Yorkie named ‘Romeo’. This isn’t Romeo, although I didn’t get her name. Apparently Baloo just likes Yorkies! (But hey, who doesn’t?) 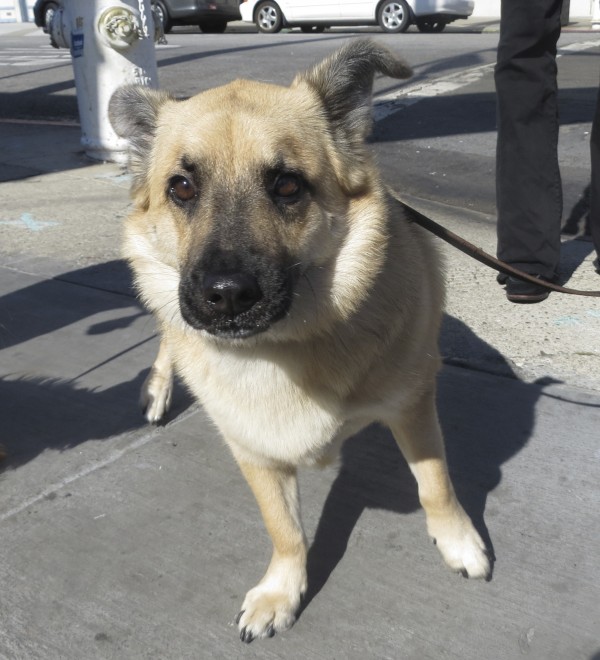 This is the first time I’ve seen Baloo’s serious face. 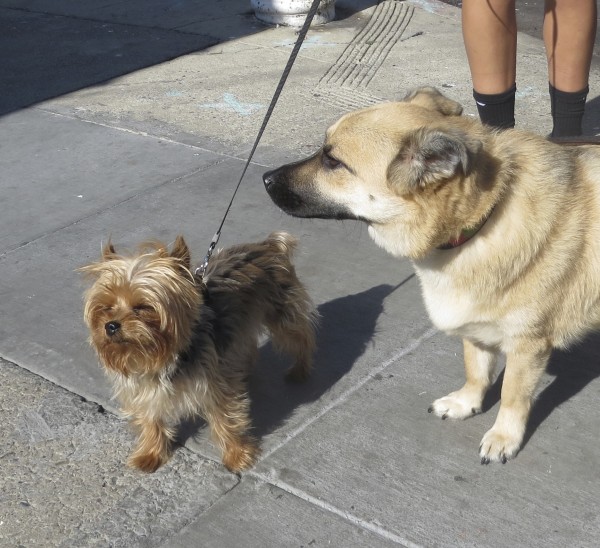 I think he was headed somewhere important.

This entry was posted in Dog of the Day and tagged Marina, Miniature Dachshund, Swedish Vallhund, Yorkshire Terrier. Bookmark the permalink.