Dog of the Day: English Bulldog?

Interesting: I seem to have acquired my first significant ear infection since I was in my pre-teens. (I’m sure you didn’t want to know about that, but hey, it’s my blog, right? 🙂 ) And wow, is it irritating. So I’m going to hit the sheets quite early tonight. Thus, you only get the one picture.

It’s a puzzling one, too. The face looks very English-bulldog-ish, but the legs are rather long, looking more like those of an Olde English Bulldogge. (Also, she has the whole ‘Hitler mustache’ thing going on, but I think it really works for her so what the heck, right?) 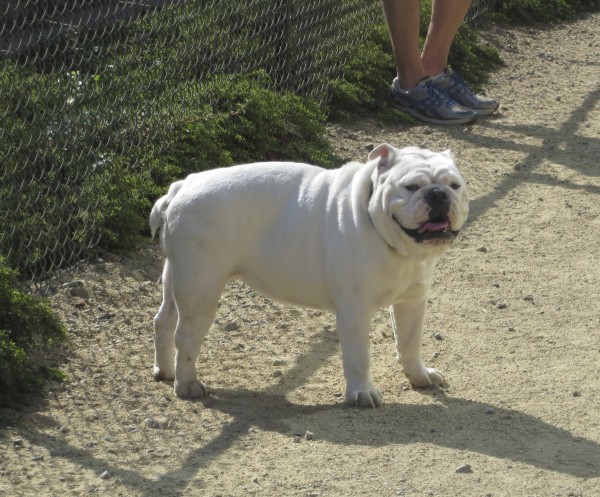 This entry was posted in Dog of the Day and tagged English Bulldog, Rincon Hill, Rincon Hill Dog Park, SOMA. Bookmark the permalink.