So, as I mentioned last week, Autumn and I were invited to the Guide Dogs for the Blind holiday festivities. (It’s one of the fringe benefits of hosting a dog blog. Also invited were people from ‘Dogster‘, ‘Bay Woof‘, and many other fine groups.) Guide Dogs for the Blind is one of the larger guide dog training organizations in the US, and also one of the niftier ones. (You’ll hear more about why I say that next Sunday.) If you’re looking for a dog-related charity to give to for the holidays, they are a great candidate. (Although I would also encourage you to give to your local food bank: especially with the looming cuts in food stamps and unemployment benefits, there are going to be a lot of people needing food out there in January…) 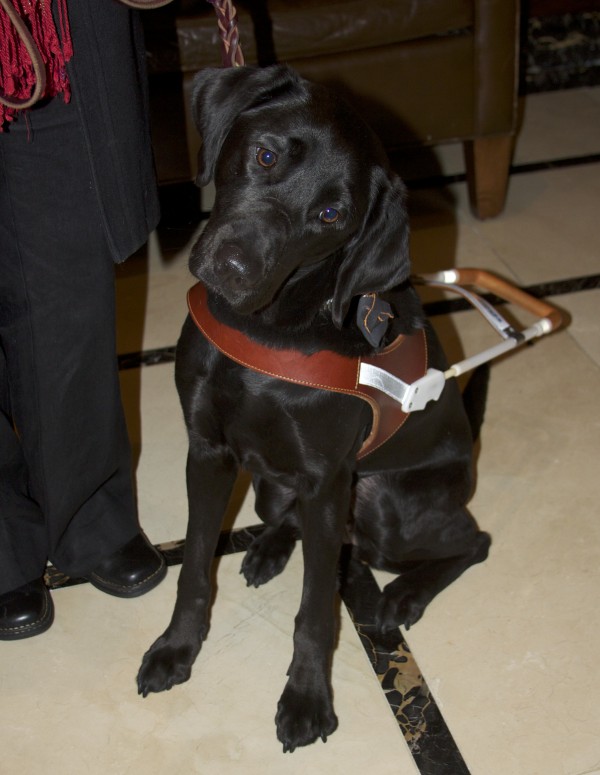 A lot of the attendees were guide dog fosterers and trainers, and their charges. It was almost eerie, being surrounded by so many WELL-BEHAVED dogs. 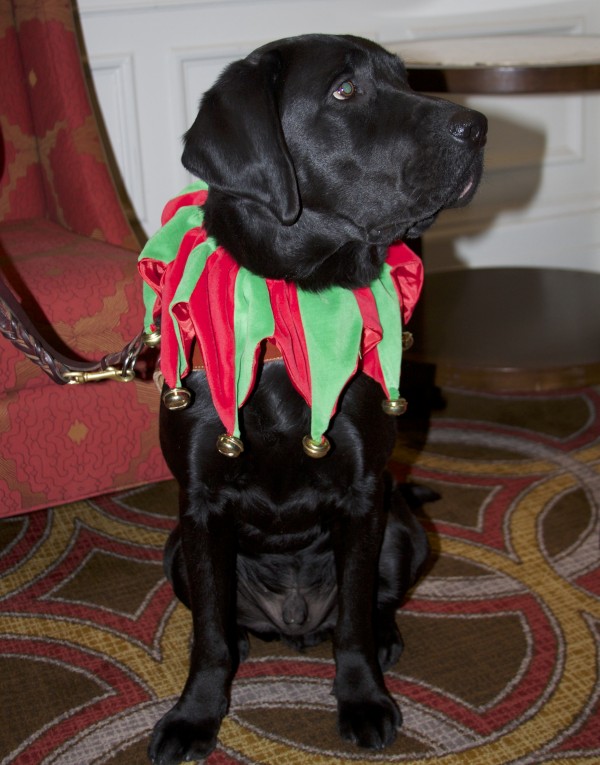 Many of the dogs, both working and training, were dressed in their holiday finery. 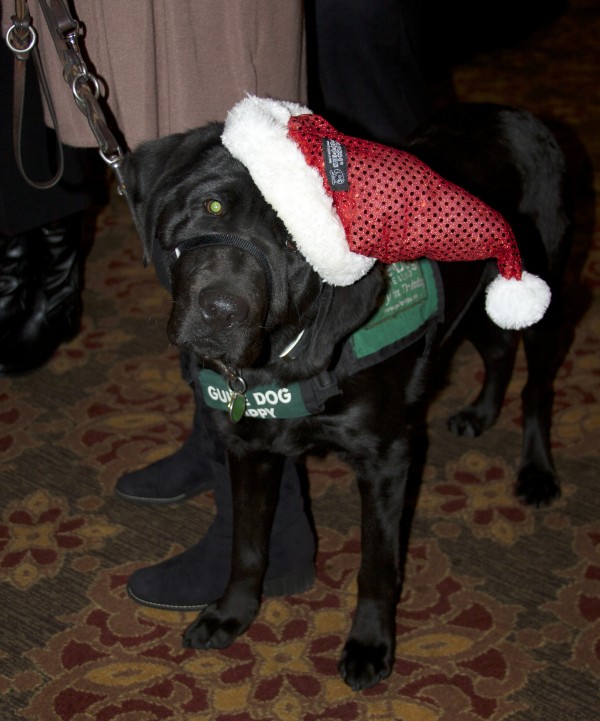 If you see a dog’s head tilted in one of the pictures, there’s around a 90% chance it’s because I used my squeaky toy to get their attention. I love it when they do that. 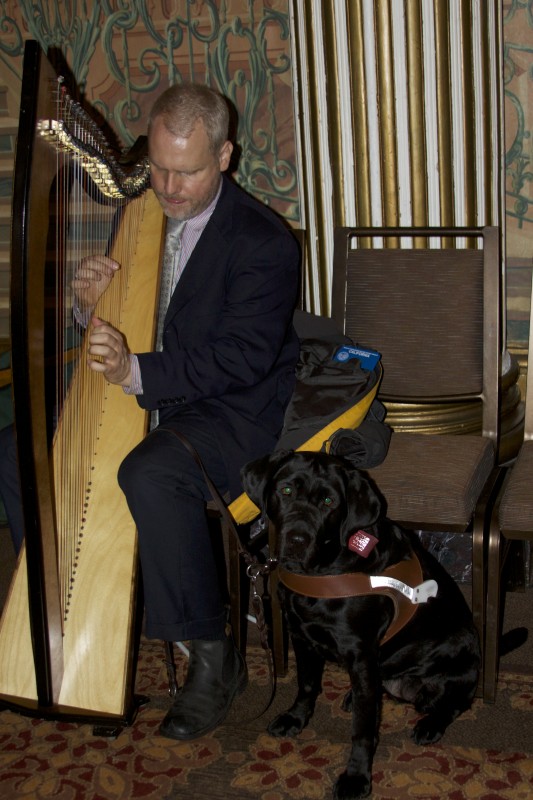 This gentleman, a music history instructor (professor?) at the Osher Lifelong Learning Institute, was a recipient of one of the organization’s dogs, and wanted to give back, so he volunteered to play some music at the event. Celtic harp music, a favorite of Autumn’s and mine. 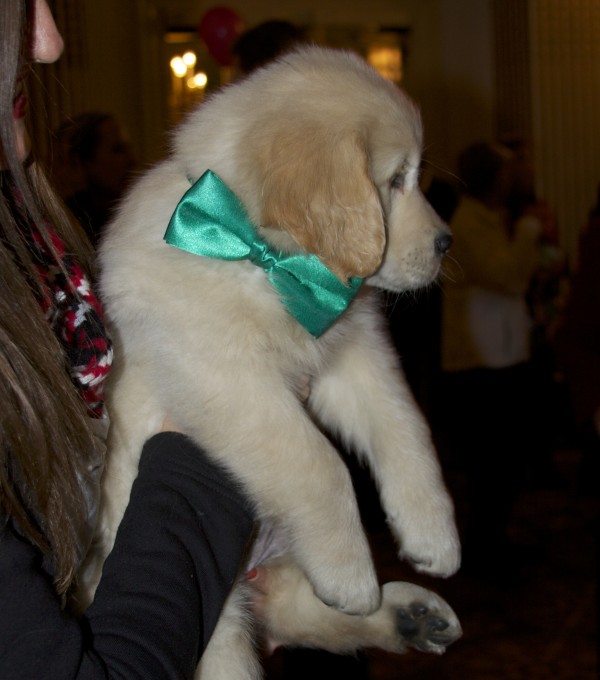 Of course, the six-week-old puppies were the stars of the show. Especially the golden retrievers. Softest fur ever. 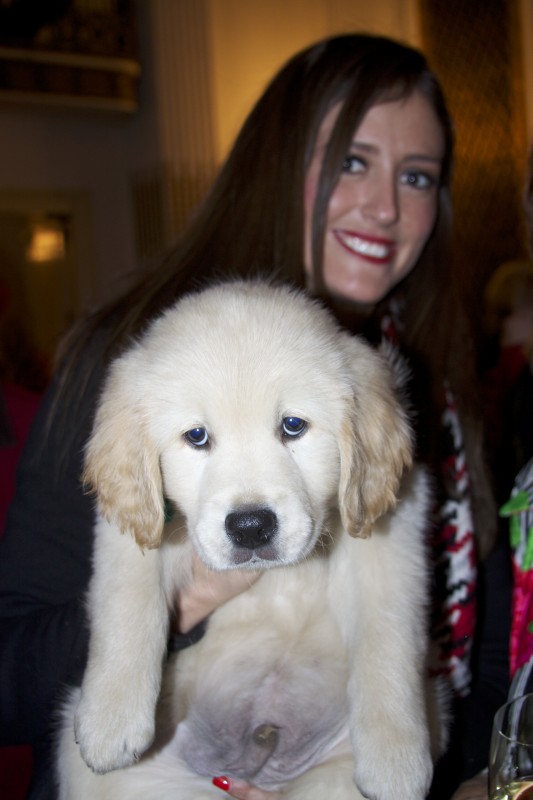 If she had held that pup out any longer I would have grabbed it and run. DO WANT! 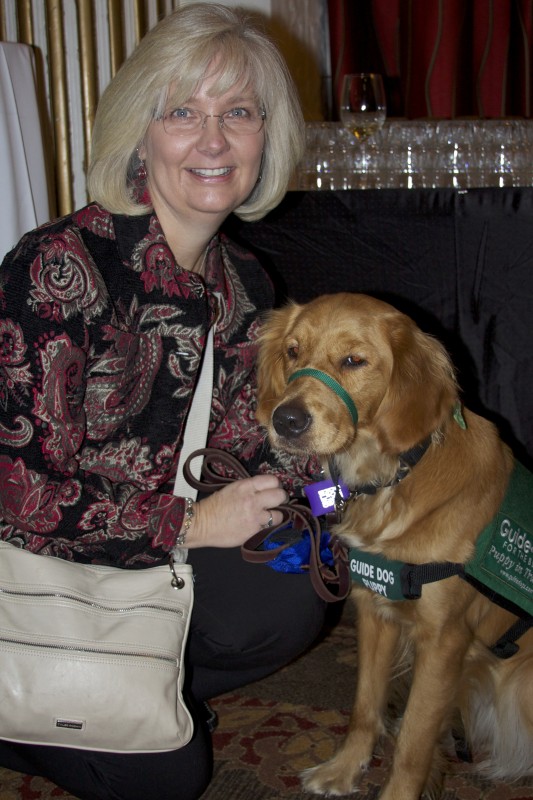 My hat is off to the foster families and trainers. I don’t know if I could give up a dog like that after I raised her from a puppy. 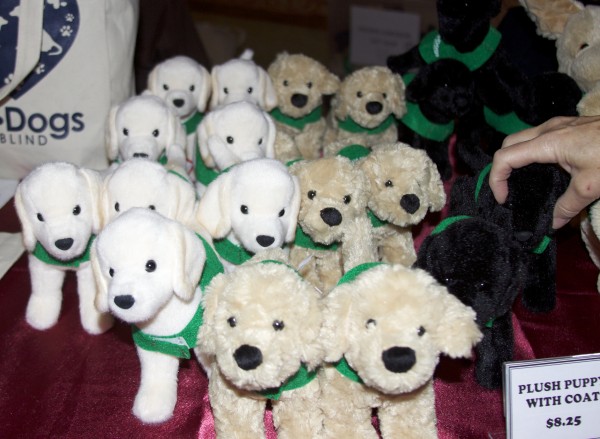