Dog of the Day: Xavi the German Shepherd/Pit Bull Mix

Xavi was such a goofy dog. He spent the entire time I was there (and that was more than five minutes) alternately growling and barking at me, and licking me and trying to get me to pet him. He was clearly quite conflicted, and I’m sorry I wasn’t able to help him come to any final conclusions. 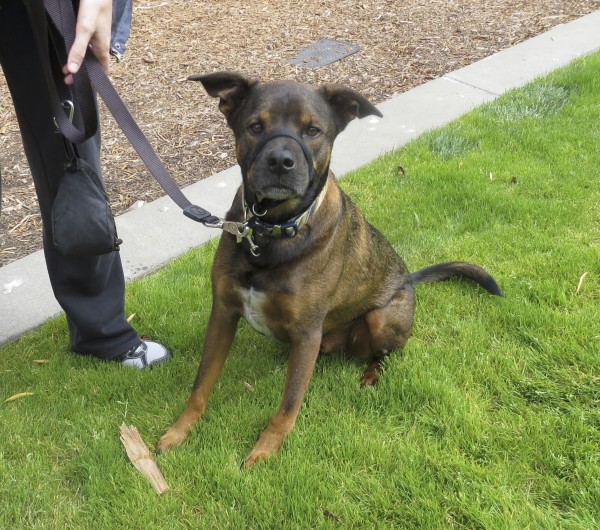 I think part of the problem may have been the fact that that right there was His Stick. 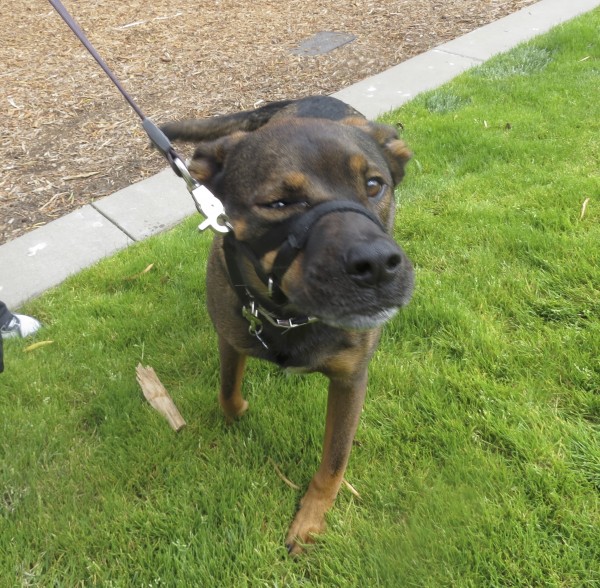 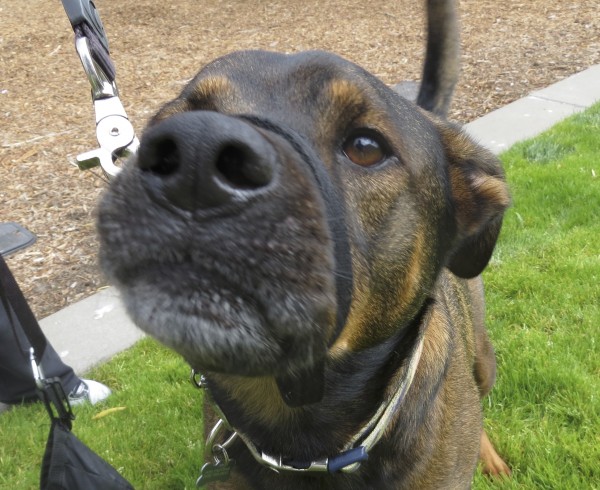 Turned into a nose shot, and then a few smooches. 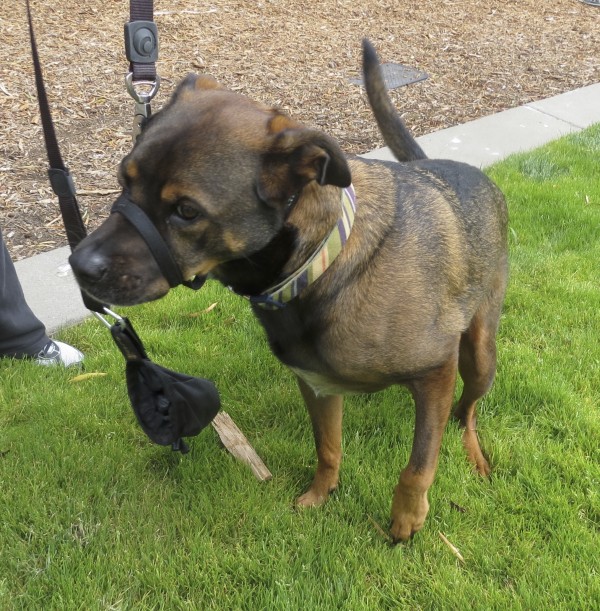 I absolutely love that fur coloration. Anyone know what that’s called? 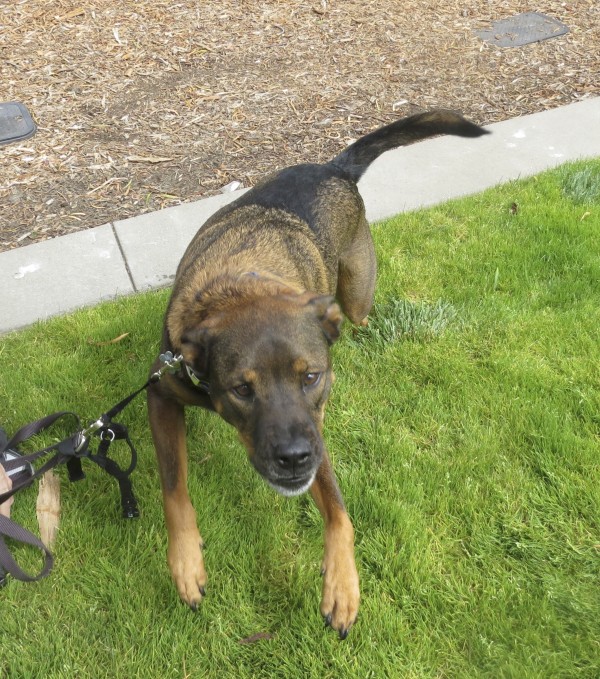 He did a lot of dancing around, wanting to chase or be chased. 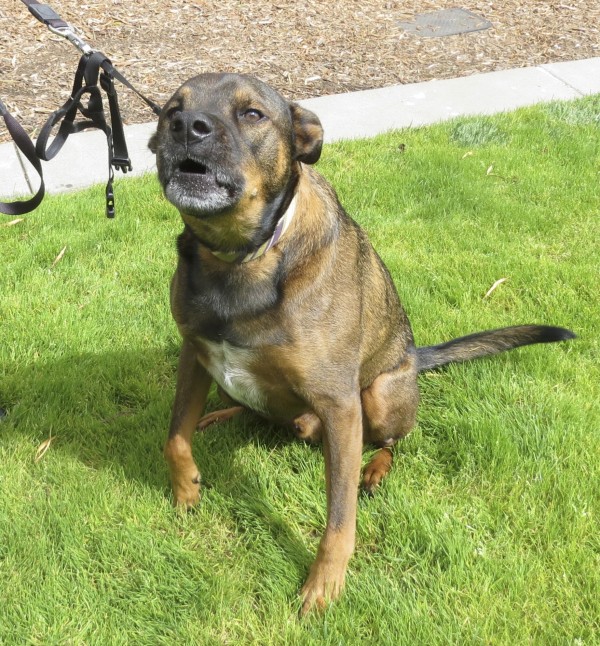 6 Responses to Dog of the Day: Xavi the German Shepherd/Pit Bull Mix