Autumn and I ran into Bebe late one evening at a local animal shelter and hospital. We were there to scan the microchip of a certain dog that was found wandering the streets of Russian Hill. The only other animal in the room was Bebe the 9-month-old kitten, who was being very quiet. I of course had to go over to say hello, but Bebe wasn’t really in the mood to talk to me, because she’d managed to pull out one of her claws in an accident.

She’d had some other bad luck too: she was originally found in Bayview (one of the rougher neighborhoods of San Francisco) with two bbs in her (hence the name) and a broken tail. Fortunately, she’s got a good home now, so hopefully she’ll get a little less clumsy and not have to worry about injuries for a good long time. 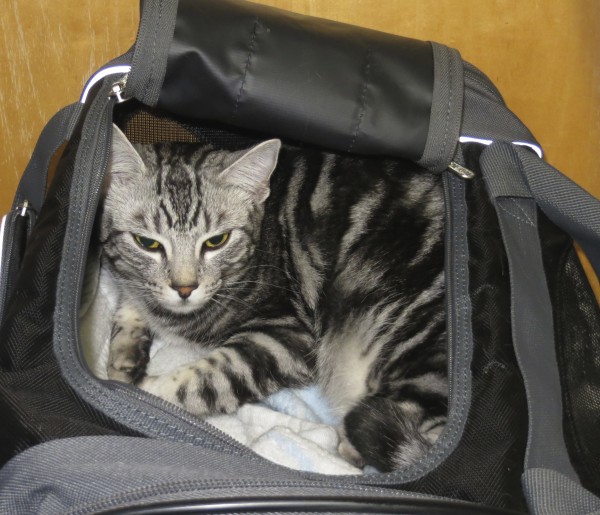 Those eyes are such an amazing color.