Well, I needed a little help with the last one’s breed, and Autumn could only guess since I don’t have a single non-blurry picture with his or her face in it. But the other two I’m sure of, and I have to say, that’s the biggest standard dachshund I’ve seen in quite some time.

I hadn’t been planning on posting these pictures, as the dogs were doing a bit of scuffling, and it didn’t seem entirely in fun. The dachshund was snapping his teeth at the boxer, and the boxer was growling at the dachshund. Nobody was injured, though, and some of the pictures came out quite amusing, I think, so what the heck. 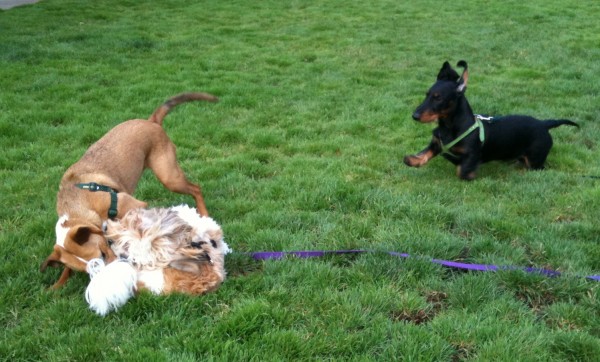 The dachshund and the boxer didn't get along at all well, but they both got along with every other dog there. 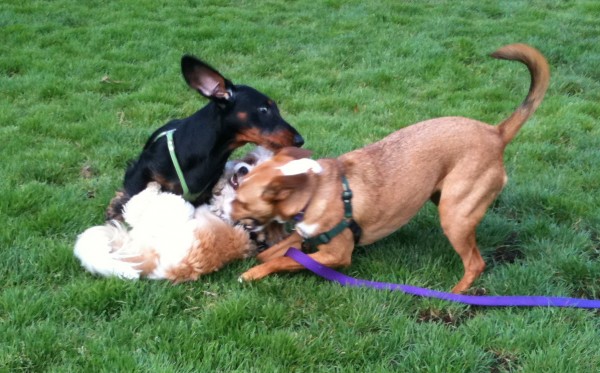 I love the dachshund's ear in this one. And the eye is pretty expressive too. 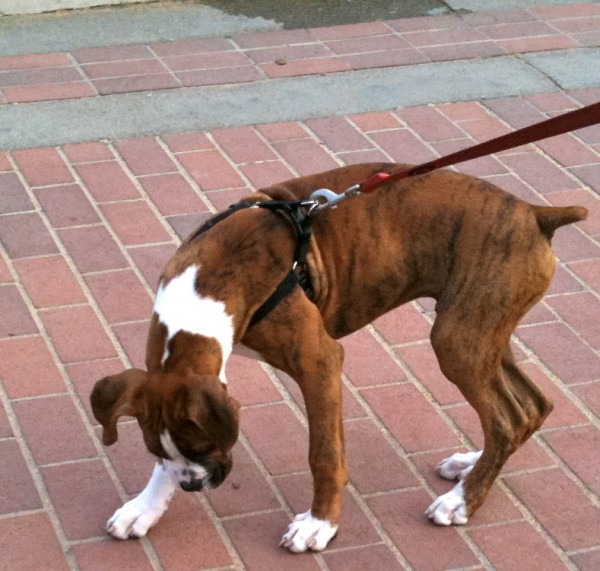 Someone got pulled off of the dachshund. Contrary to appearances, though, he wasn't being chewed out here. He was checking out the edible possibilities of bricks.

This entry was posted in Dog of the Day and tagged Boxer, Dachshund, Lhasa Apso, Puppy. Bookmark the permalink.