Dog of the Day: Watson the Golden Retriever/Border Collie Mix

Mom said she thought Watson was a golden/border collie… if she’s right, then this dog is probably both smart enough to run down to the office supplies place to pick up an ink cartridge for your printer so you can print out your taxes, and adoring enough that he won’t even judge you for waiting until the last minute to do them.

I think it’s a good guess, but I also put in a vote for ‘golden/Sheltie’, because of the fawn sable coloration of some of the fur (brown fur with dark tips), and because, although it’s hard to tell in these pictures, he’s smaller than a border collie, let alone a golden retriever.

In other news: I paid a visit to Tidus over the weekend. The poor pup! He’s recovering, and doing as well as could be expected for someone who just had major back surgery (and who is almost half shaved!) And I am assured that he is getting plenty of hugs, and lots of rest, and lots of un-fun but necessary physical therapy, and should be up and walking just fine again in the next couple of months. A much better outcome than it could have been, if he had had a less observant family. 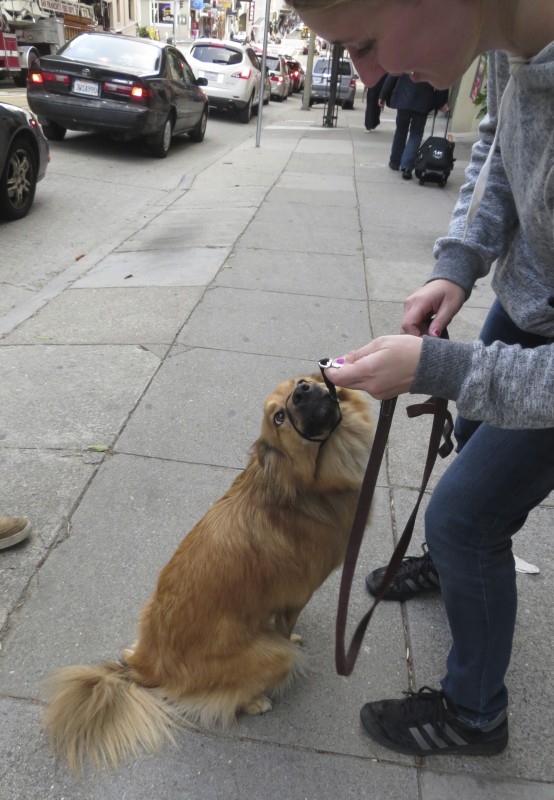 You can just tell someone is a total goofball. 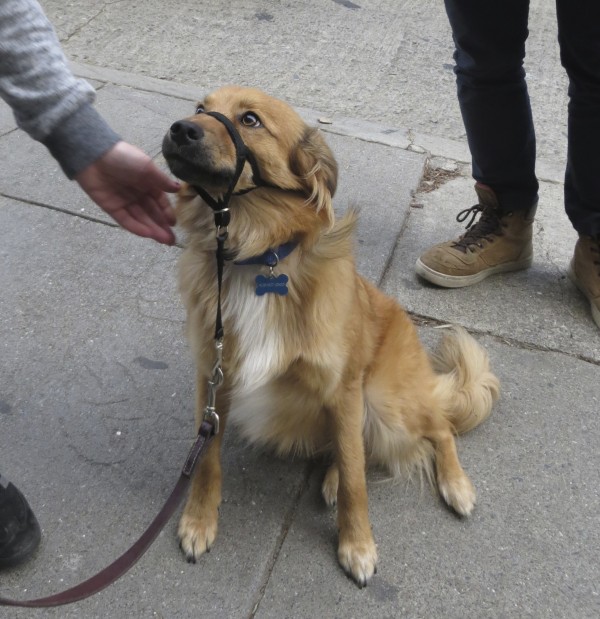 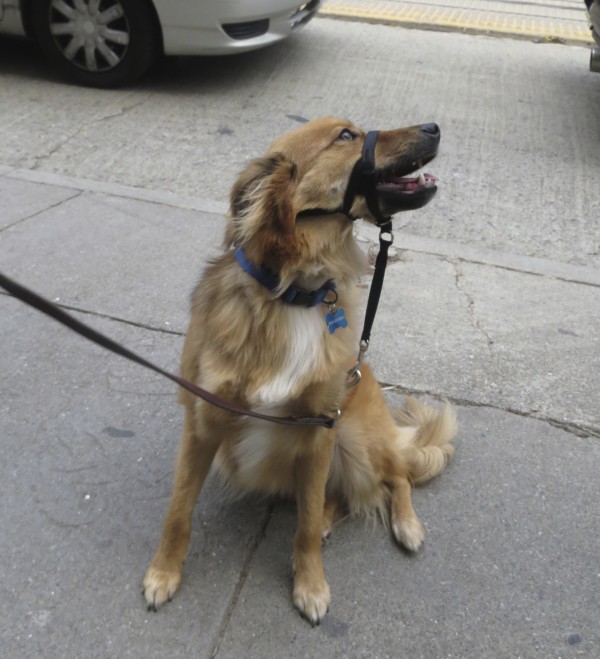 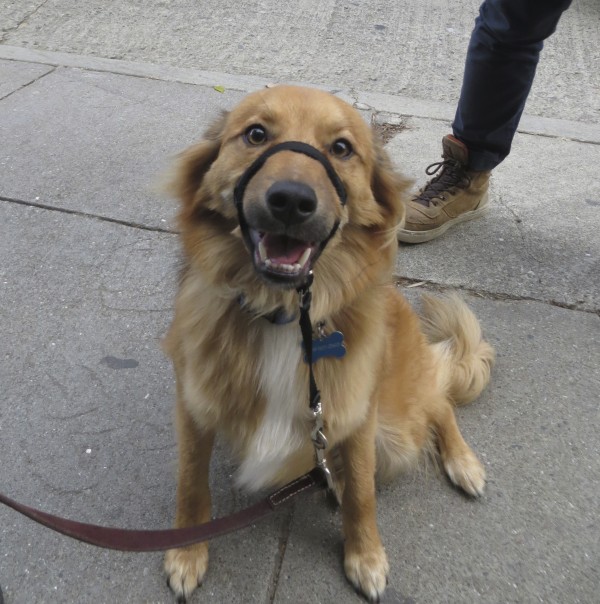 This entry was posted in Dog of the Day and tagged Border Collie, Golden Retreiver, Mixed Breed, Nob Hill. Bookmark the permalink.

1 Response to Dog of the Day: Watson the Golden Retriever/Border Collie Mix