Dog of the Day: Cei the Leonberger

Posting is going to be sparse(r than usual) for the next week or so… I’m changing jobs, and trying to wrap up my old job in some semblance of order and get organized for my new one and actually get some sleep (FAILING to get ANY sleep… I am nervous and excited to the point of distraction) and so minimal posts are called for.

That said, I do have to at least give Cei’s story: he is a seven-year-old Leonberger (in great shape!) His mom said that his name meant ‘Faithful Companion’ in Gaelic, but I did a little digging and, well, pretty close: it’s actually the name Kay, as written in Welsh. Sir Kay was the faithful companion of King Arthur in some of the earliest Arthurian legends (he kind of ended up being a bit of an ass in the later ones), and is a prominent hero in the Mabinogi of Culhwch ac Olwen. (Can anyone tell I liked Arthurian legends when I was a kid?) 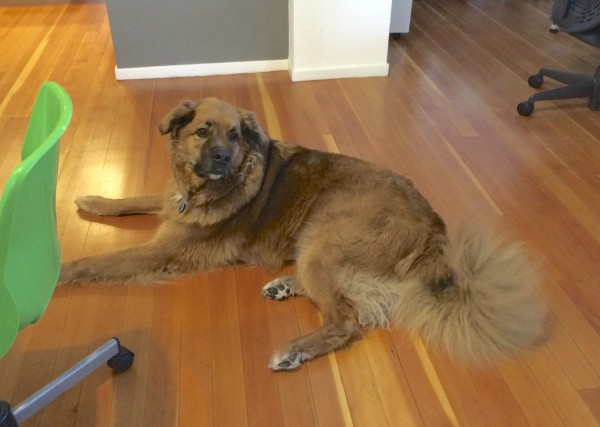 Cai takes his duties seriously. When I was visiting their HQ I saw more or less everyone who walked by him get at least one kiss.

This entry was posted in Dog of the Day and tagged Leonberger, SOMA. Bookmark the permalink.

2 Responses to Dog of the Day: Cei the Leonberger