I ran into this pup a month ago, and took some pictures. And then I ran into him again today, and thought, “I should post those pictures!” And then I came home and found out that none of them came out terribly well. So I’ll post a couple of okay ones and keep my eye out for him again.

Because he really is something. When I saw him I stood up and said, “Is that a… Saint Bernard/Cocker spaniel mix? I… how?’ Well, it turns out that people are out there trying to breed miniature Saint Bernards, and that among the crosses they’re using (probably artificially inseminated) Cocker spaniels. The mind boggles. 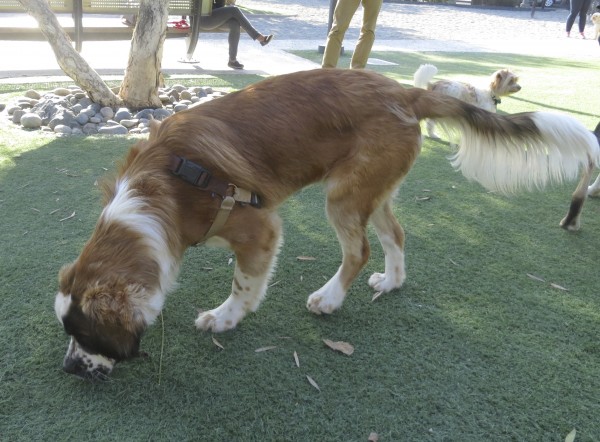 I think he is still less than a year old, but he’s not going to get any taller than this. (Remarkable tail, huh?) 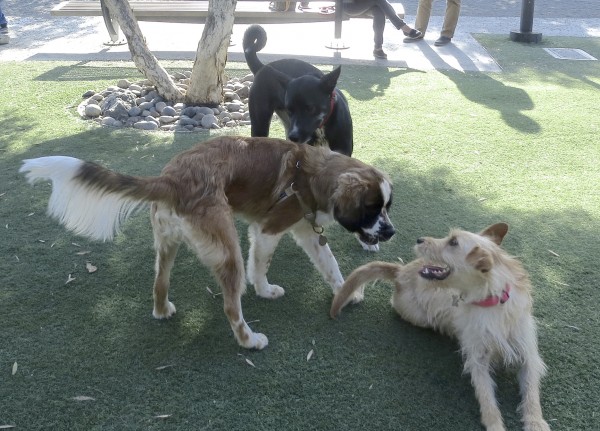 These three all got along great, although our dog of the day did indulge in a little attempted humping activity.