Dog of the Day: Hunter the Flat-Coat Retriever

Hunter is only our second flat-coated retriever: this was the first. (Said posting, bizarrely, appears to have been the reason that DoSF was #3 in the google rankings for the search ‘slightly late’ for a couple of days, a few months ago. Maybe I should be late more often!)

I love looking at the interplay between dog and owner guardian. (Hey, it’s apparently the new term in San Francisco.) A lot of people (guys in particular) who would never show affection to their girlfriend/spouse/kids in public will cuddle and wrestle with their dog with unabashed glee. (And no, I’m not saying that the guy in the picture is like that; I don’t know him, and didn’t see him with anyone but his dog. I just know he really liked his dog. Which is only fair, since his dog is one of the most awesome dogs I’ve ever met.*)

That kind of dichotomy seems a little odd to me, from a purely biological/behavioral standpoint. I wonder how many animals are more comfortable cuddling up with a different species than they are with their own? I guess the ‘in public’ part doesn’t really apply, though… humans may not be the only species that is self-conscious, but it certainly is the most comprehensively embarrassable. 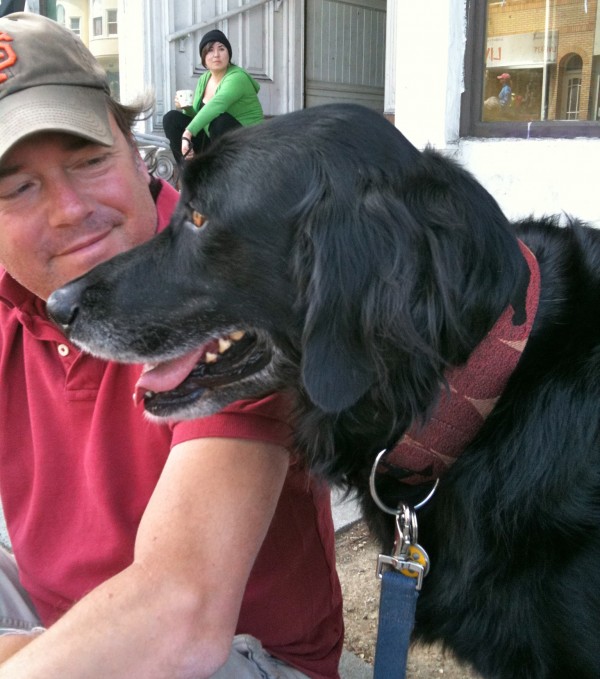 A reverse from the normal shot: here's a human gazing adoringly (or at least happily) at his dog. 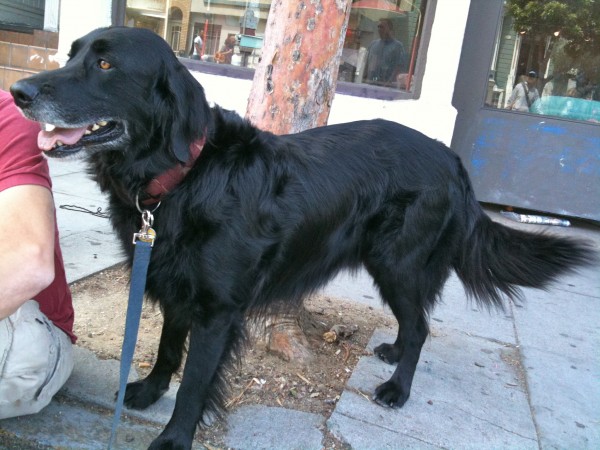 A lot of dogs get a little whiter around the muzzle as they get older. For some it happens earlier than others. I think with this guy it happened pretty early, since other than that he seemed pretty young to me. 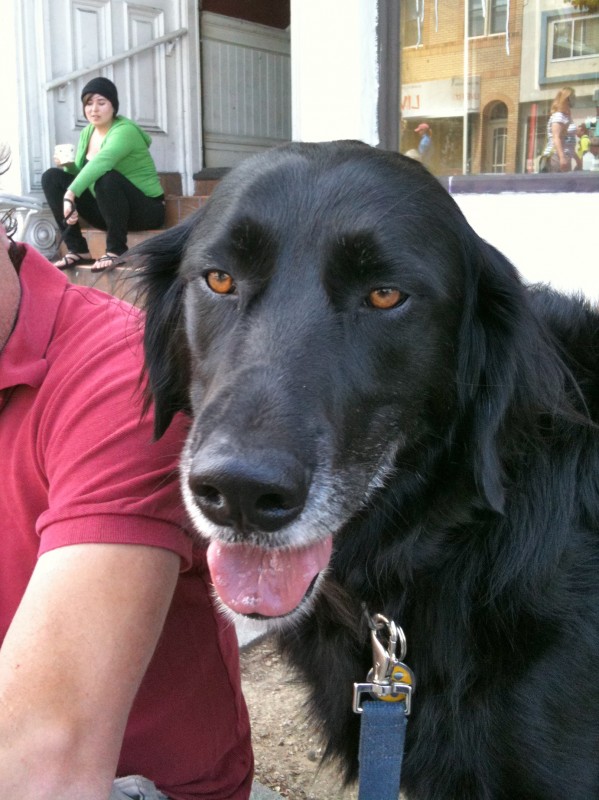 Sometimes these captions just write themselves. This is not one of those times. How about this: "HAPPY DOG!"

This entry was posted in Dog of the Day and tagged flat-coated retriever. Bookmark the permalink.