Dog of the Blogoversary: Coco the Black-Mouth Cur Puppy

Woot! Five years of adorable puppydogs! I don’t promise to be here for another five, but I’m not bored of dogs yet, so I’ll be posting for a while, I think. (It’s actually been a couple days since the anniversary of the start of regular posting, but who’s counting, right?)

And here’s the other half of the set: Coco the 4-month-old black-mouth cur pup. I am assured that she and Jessie haven’t met. Well, maybe they’ll get lucky. I wonder if there’s a black-mouth play-date meetup group or something. 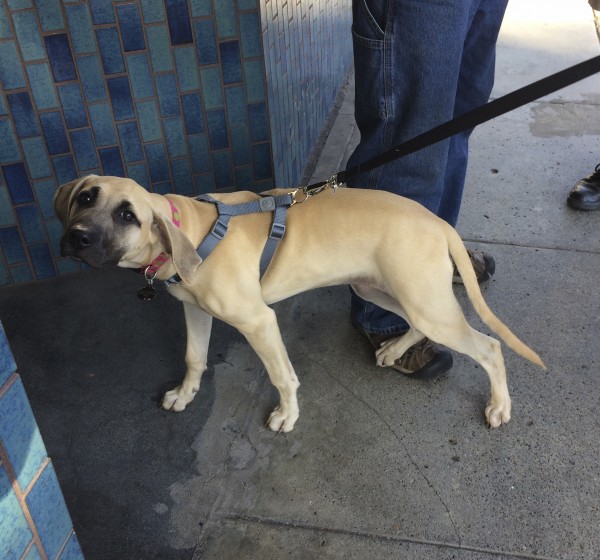 That’s a cute face. You could get away with a lot with a face like that. 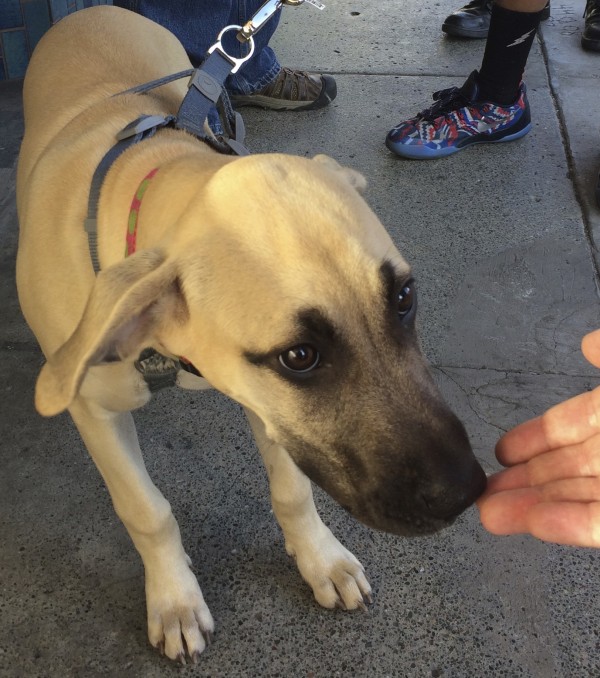 That’s my brother’s hand. He was visiting and we were wandering around San Francisco when we ran into Coco, and he graciously didn’t object to my dog-picture-taking obsession. 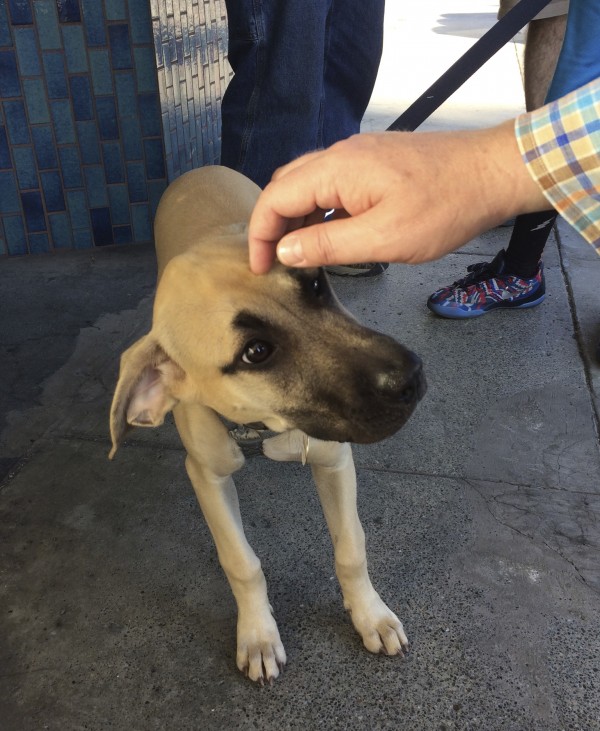 Coco was a visitor to the city, from somewhere relatively close by, if I recall correctly. 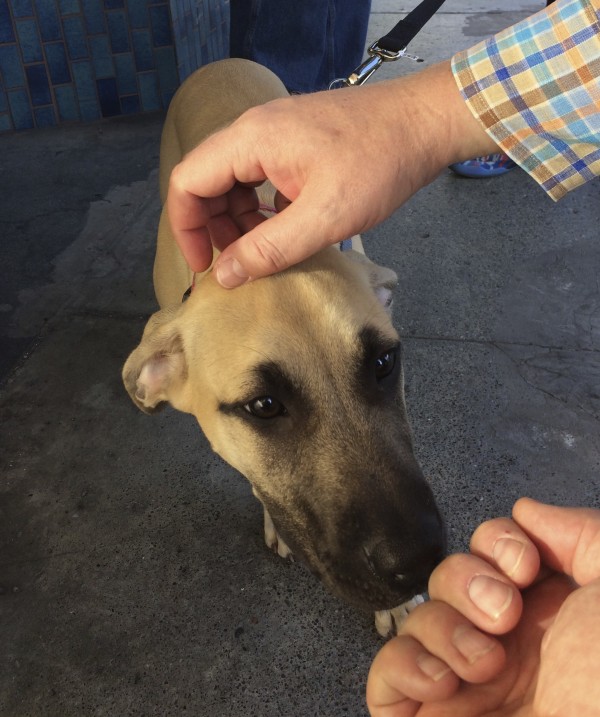 That, on the other hand, is my hand. Coco was not satisfied with a mere one admirer. 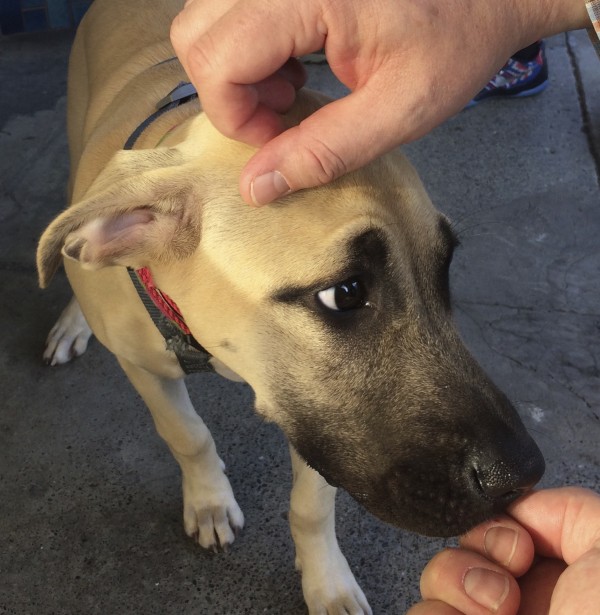 Just a hint of concerned-forehead-wrinklage.

This entry was posted in Dog of the Day and tagged Black-Mouth Cur, Marina, Puppy. Bookmark the permalink.

3 Responses to Dog of the Blogoversary: Coco the Black-Mouth Cur Puppy