Sometimes I wander into Macy’s while they’re having their puppies and kittens display outside. There’s a room inside that has a bunch of kittens in KITTY JAILS where you can get a little closer to the action, although they aren’t quite as holiday-festive. 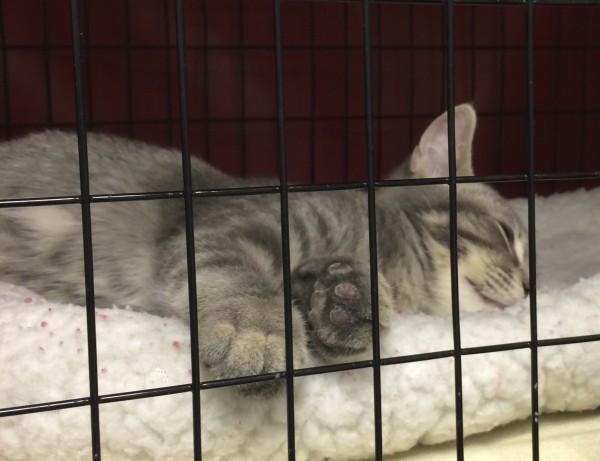 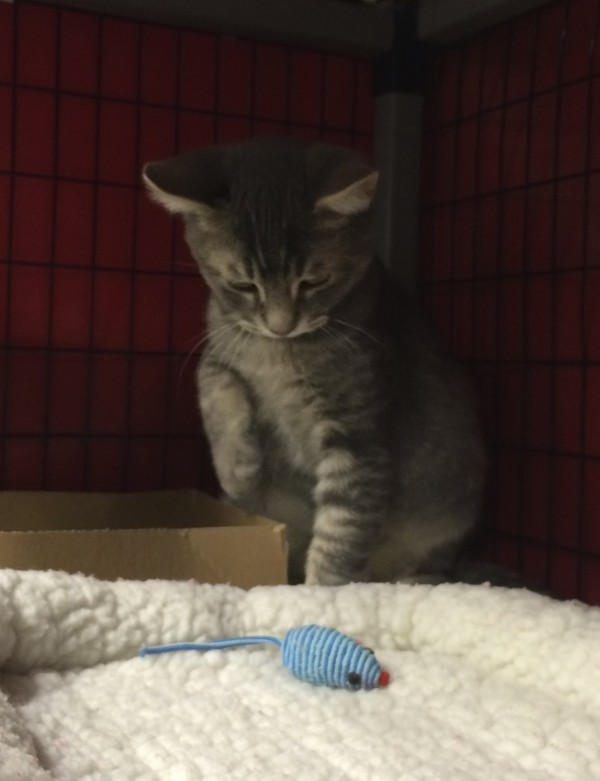 This kitty was quite playful but had not quite learned to put away the claws and teeth when playing with humans. 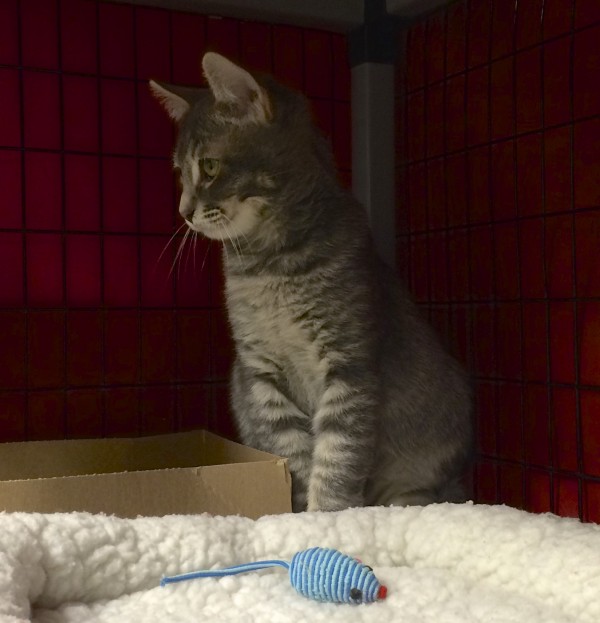 Too bad, too… I totally wanted to pet him. 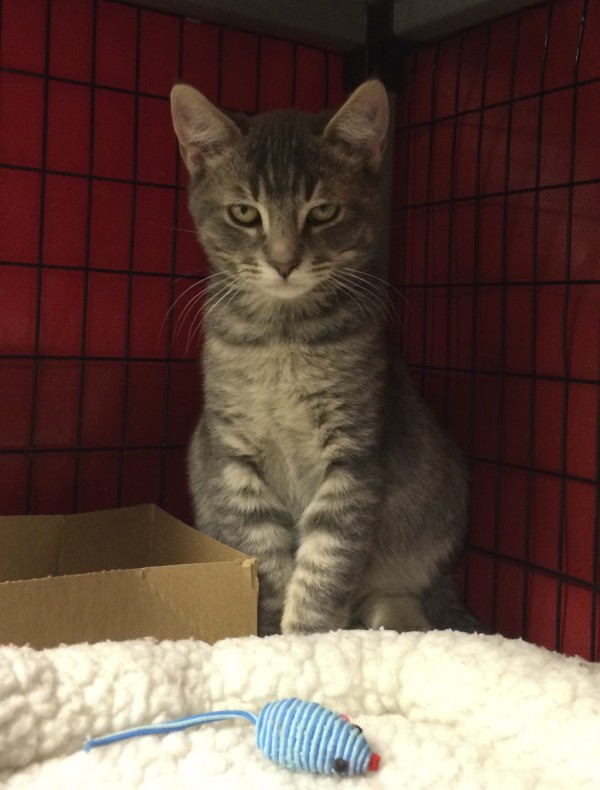 Cat expressions are hard for humans to read. Half-closed eyes like this mean ‘I don’t think of you as a threat’ or even ‘maybe we should be friends?’