Dog of the Day: Rajko the Rhodesian Ridgeback/Gordon Setter

Neither Autumn nor I would ever have guessed that this guy was half Gordon setter, but apparently he is. Gordon setters are big super-long-haired dogs, none of which have been posted on DoSF. There’s one we see on a regular basis, but he’s always in a dog grooming store, and it’s so tough to get a decent picture through the glass.

Anyway, doesn’t this guy look powerfully built? Far as I know, neither Gordon setters nor ridgebacks are generally that muscular. Y’gotta wonder… maybe a pit bull snuck in while the Gordon setter was out for a walk one day.

One more (somewhat blurry) picture after the break. 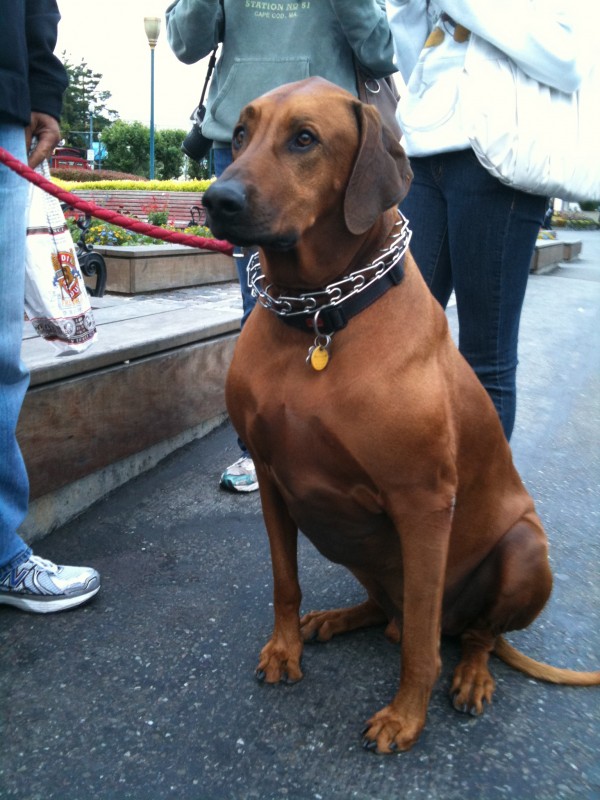 The ears were super-soft. And he didn't seem to mind me petting them. 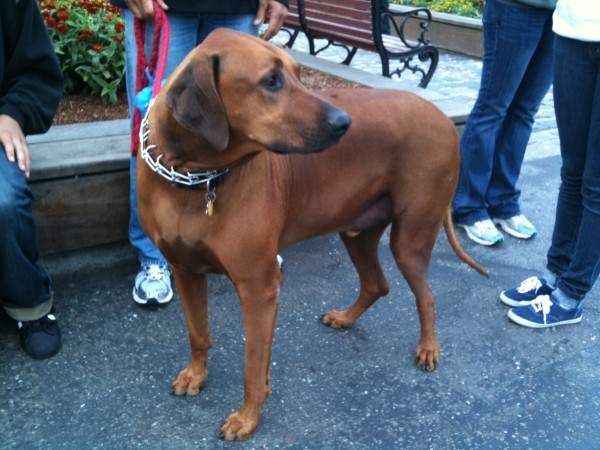 Like I said... muscular. God, he was only a medium-large dog, but I bet he weighed 130 pounds or more.

This entry was posted in Dog of the Day and tagged Gordon Setter, Mixed Breed, Rhodesian Ridgeback. Bookmark the permalink.

2 Responses to Dog of the Day: Rajko the Rhodesian Ridgeback/Gordon Setter