Dog of the Day: Pickles the Labradoodle Puppy

This is from the same day that Autumn and I saw the puppy social. We went to brunch at a local watering hole (Town’s End Restaurant and Bakery, which is totally awesome though it’s a bit of a pain in the butt for us to get to for brunch so we don’t go often). Out front at one of the tables we caught sight of a cat carrier, and I thought, ‘ooh, I wonder if I can get a caturday supplement if I ask nicely?’

Nope. It wasn’t a cat. It was an 11-week-old labradoodle puppy, who couldn’t come out and romp around because he hadn’t gotten all his shots yet. Fortunately his people took him out to meet us, and we made all the appropriate squealing noises, some so high-pitched that only Pickles could hear them.

Incidentally, this is not the first Pickles I’ve met. And that one was a puppy too. 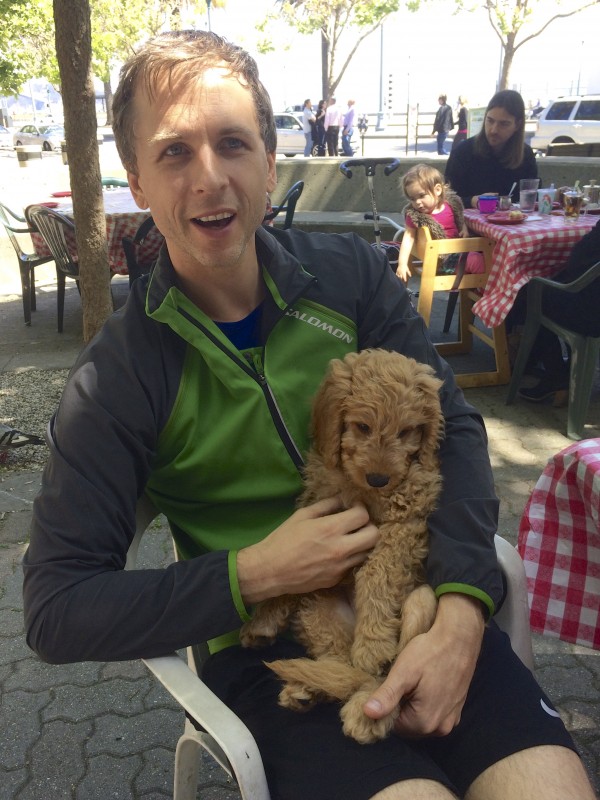 As soon as he came out of the carrier I knew we were going to have a star on our hands. 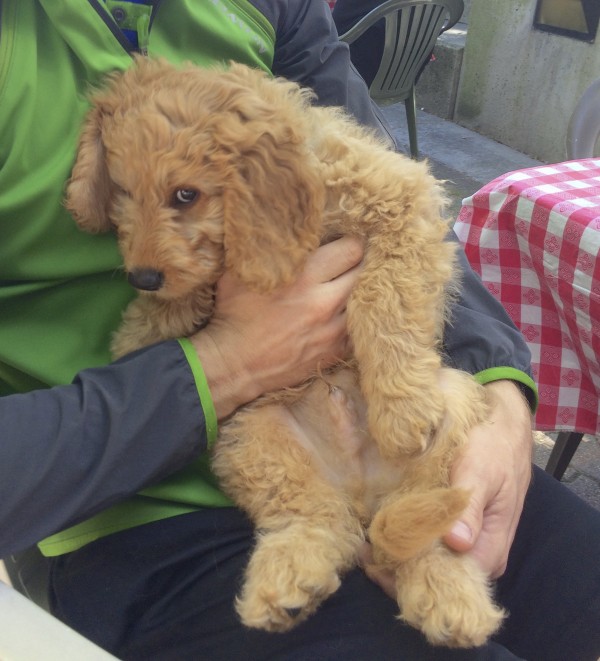 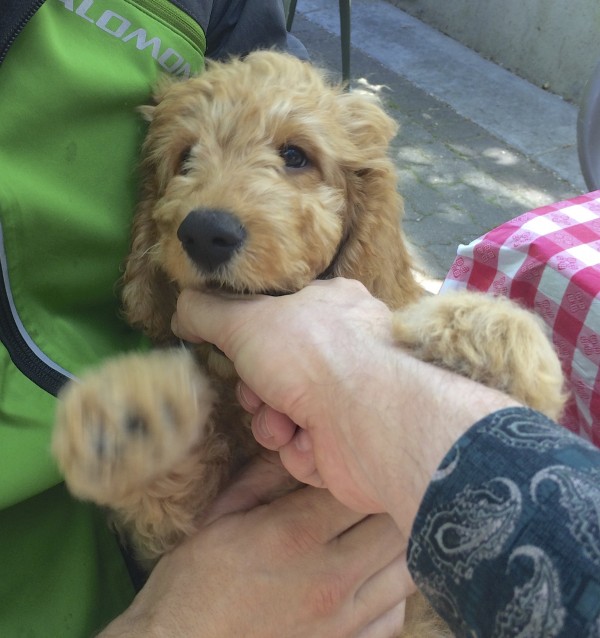 Pickles was amazingly gentle for such a young pup: super sharp teeth but he never bit down hard enough to make me the slightest bit uncomfortable. 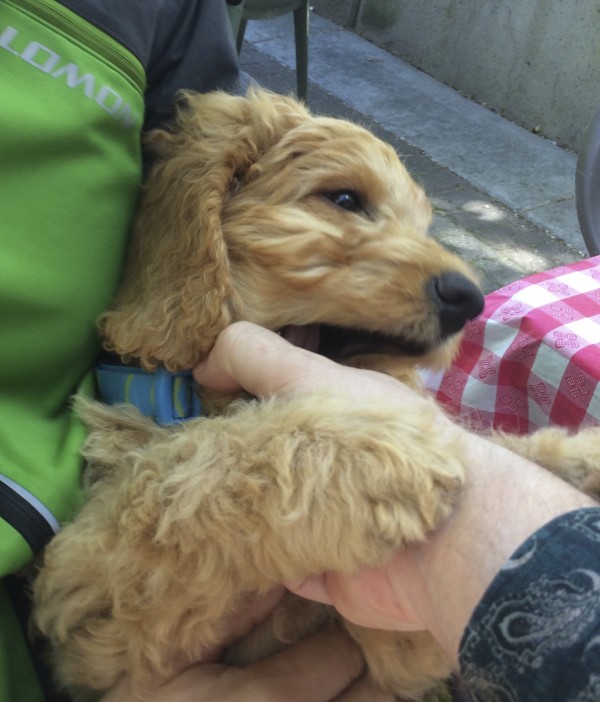 I could’ve played with him all day. Don’t think he would have minded either. 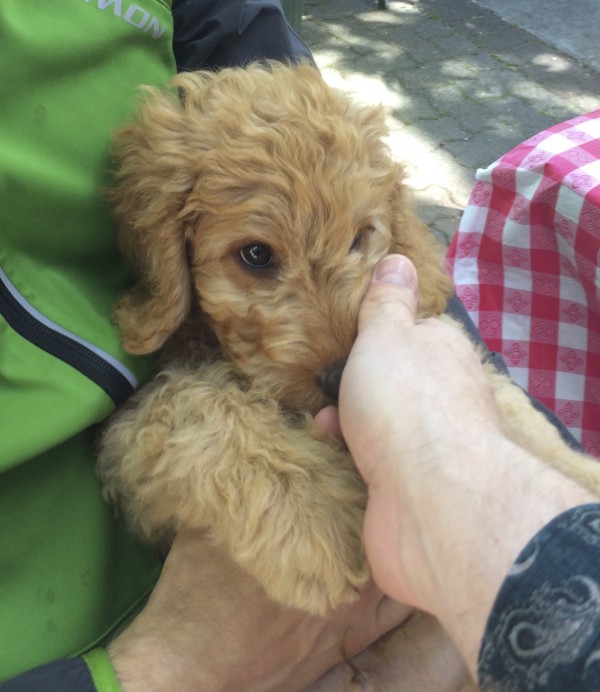 If you even look like you going to START to take your hand away he gives you that look. 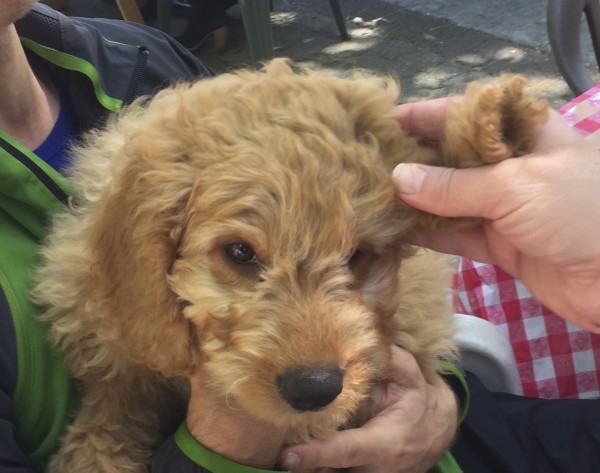 Those ears. They totally look knitted. 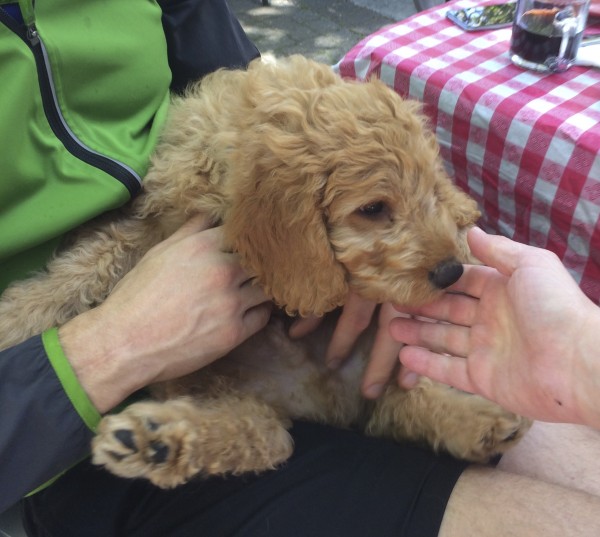 He’s big for 11 weeks. Bet he grows up to be one of those huge-mongous labradoodles. 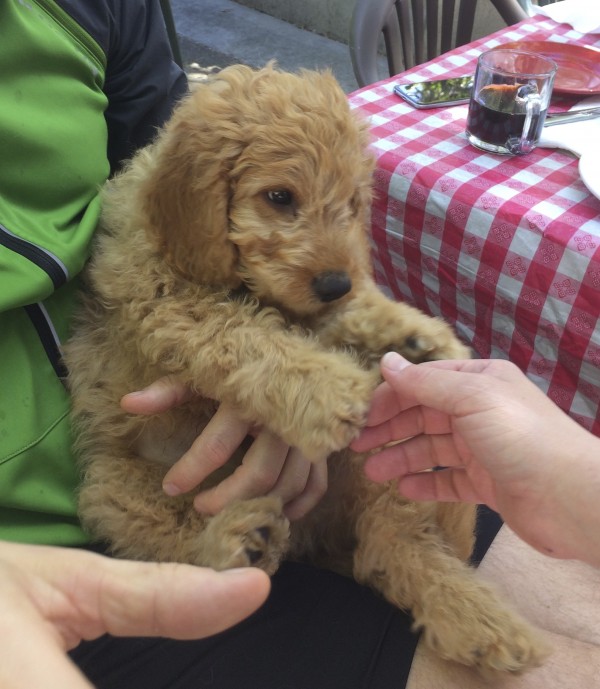 He would make such an awesome muppet. 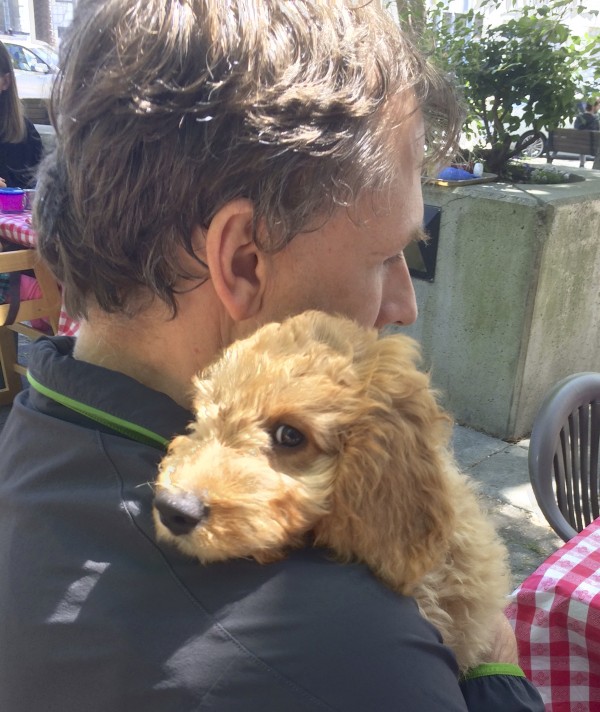 I really hope I run into Pickles again. I want to see what he looks like as he grows up.

This entry was posted in Dog of the Day and tagged Embarcadero, Labradoodle, Labrador Retriever, Mixed Breed, Poodle, South Beach. Bookmark the permalink.