Edit: Aww, man, I hate when I screw up the hovertext.

Edit x2: According to Quixote’s mom (in the comments below), the Catahoula puppy is named Bingo. Amazing that he’s the first dog named Bingo I’ve ever met. 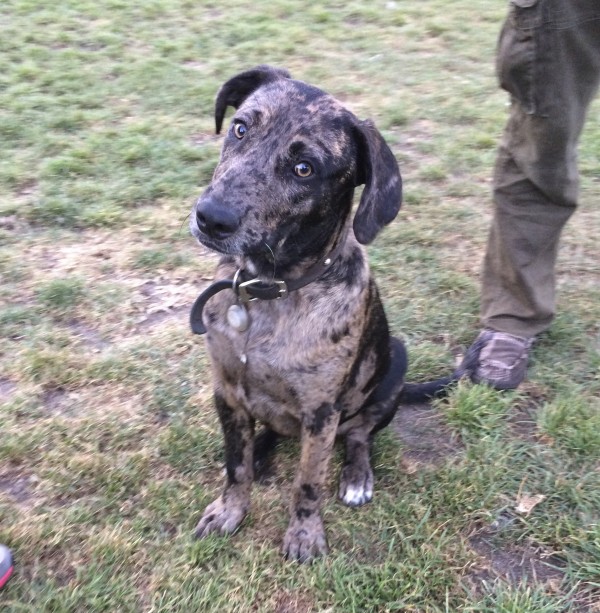 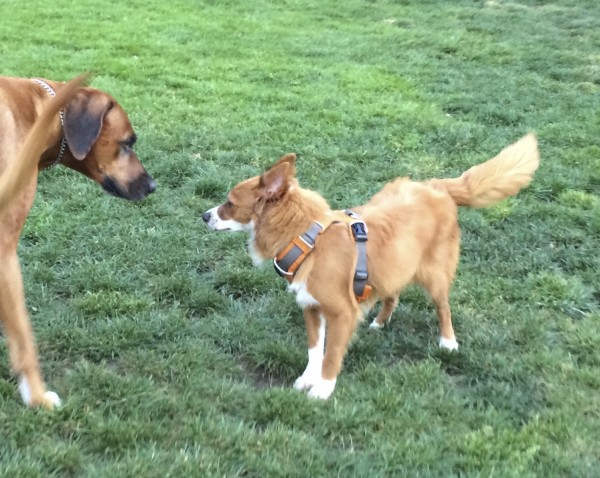 This is the closest I got to a still shot of Quixote. Both of them were on the hyper side after a day indoors, but Quixote just didn’t stop! 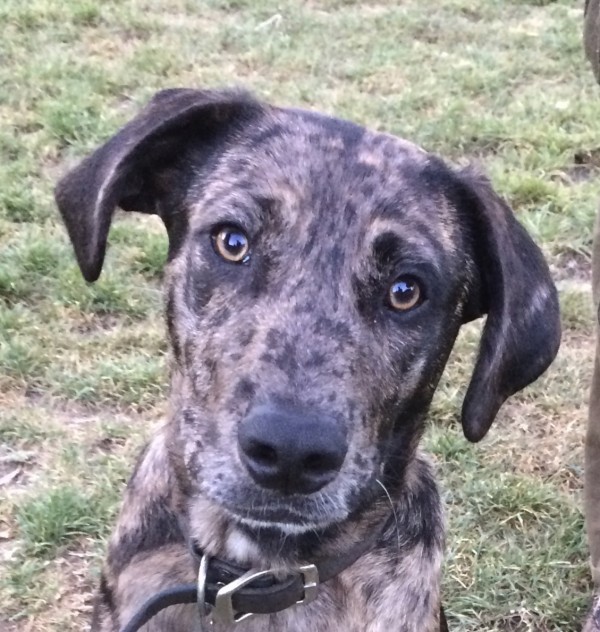 Whereas this pup slowed down just long enough to gaze soulfully into my eyes. 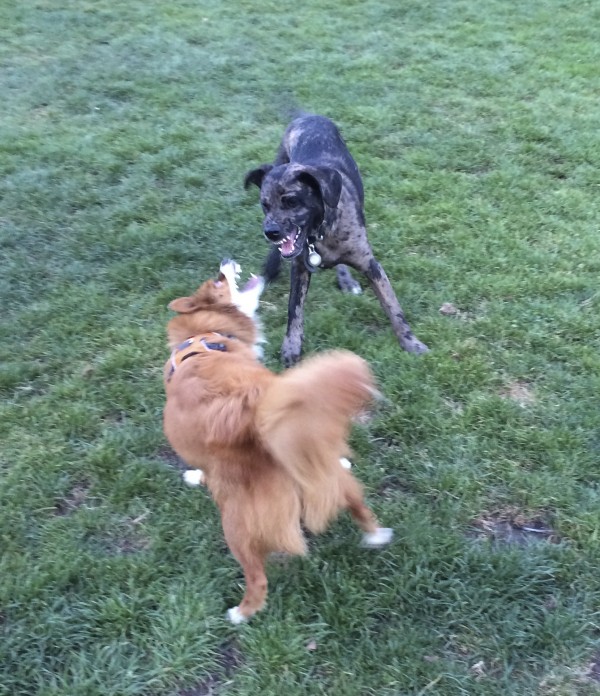 They were having a blast. I’m glad the owners weren’t first-time dog owners because some of the stuff they were getting up to looks quite terrifying if you don’t know how much fun they’re having. 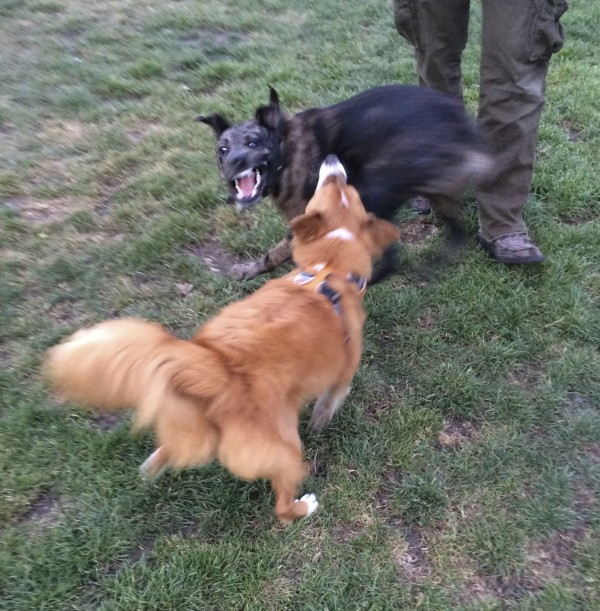 I’m not sure if sharper images would make these funnier or not. That’s pretty hilarious the way it is. 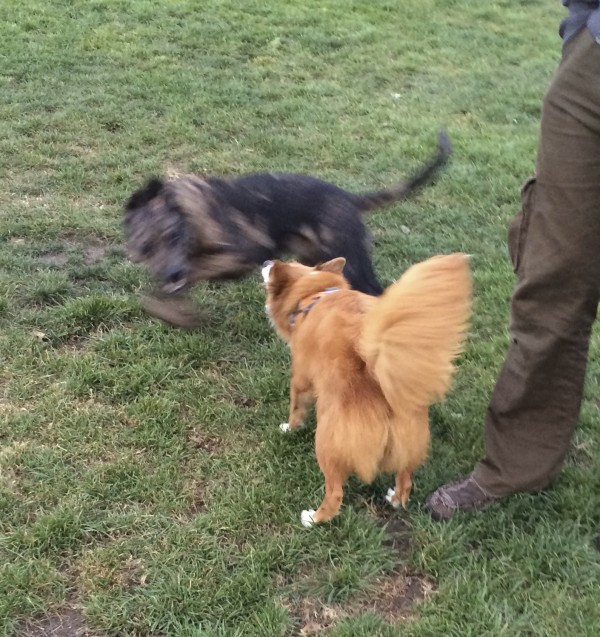 Quixote tagged the Catahoula and then ran over to his dad, who was apparently ‘the base’ in this game of tag, and then just stopped dead while the Catahoula ran around him. 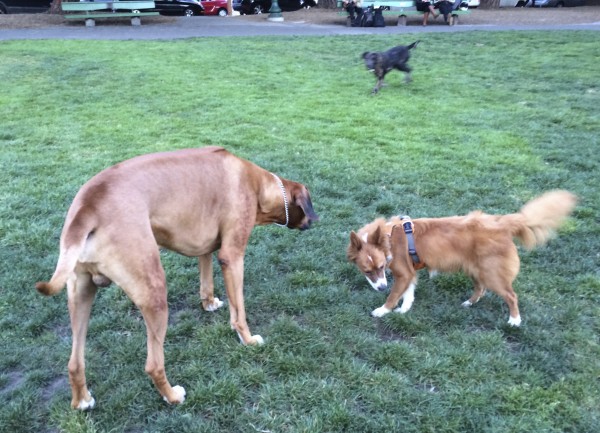 Our guest is a … rather intact fawn Great Dane. Clearly a ‘red dog’ partisan.