Finally, some pictures of Sally and Jailbreak playing together. These two obviously adored one another, and were having so much fun. The only downside was the fact that Sally has really super-short fur, even shorter than usual for a pit. Normally not a problem unless it’s really cold out, but when she get into really roughhousing with another dog, she doesn’t have as much protection as another dog might, so she ends up a bit scratched up. But she doesn’t mind in the slightest, or even really notice, and it’s really nothing serious (I’ve gotten worse myself while playing with dogs) so no biggie.

Oh, I forgot to mention how Jailbreak got his name. It seems that his owners were at a rescue place, looking to adopt a dog. I think it was a schnauzer-based rescue, because I vaguely recall them mentioning that they were expecting to adopt a giant schnauzer. But apparently Jailbreak decided he liked the look of them, because he broke out of his enclosure and came over to say hello. And the rest is history… and pure schnauzing satisfaction. 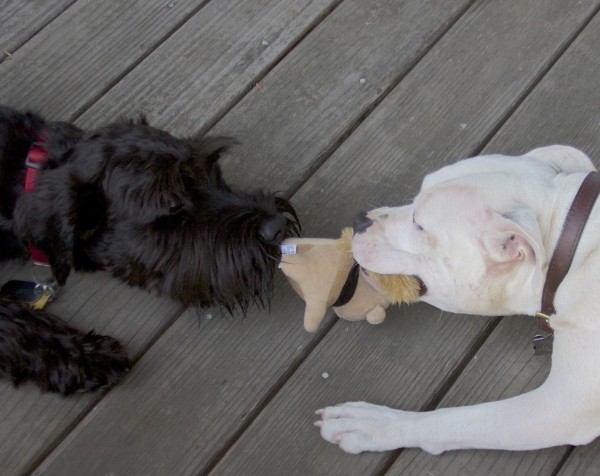 They make such vicious growly sounds when they’re doing this, it’s adorable. 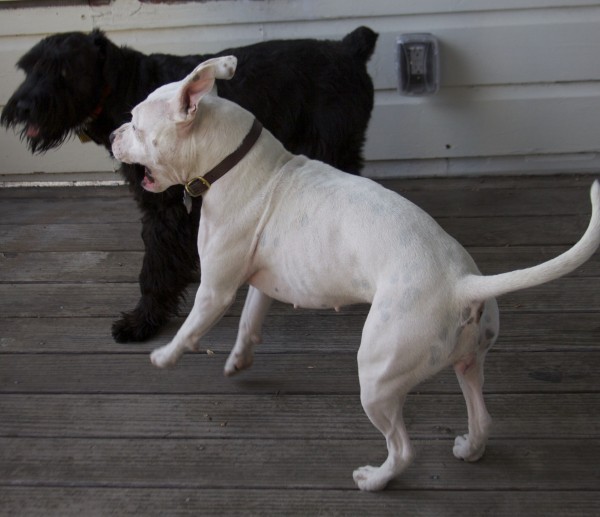 See how thin her fur is? You can see the black spots on her skin through it. 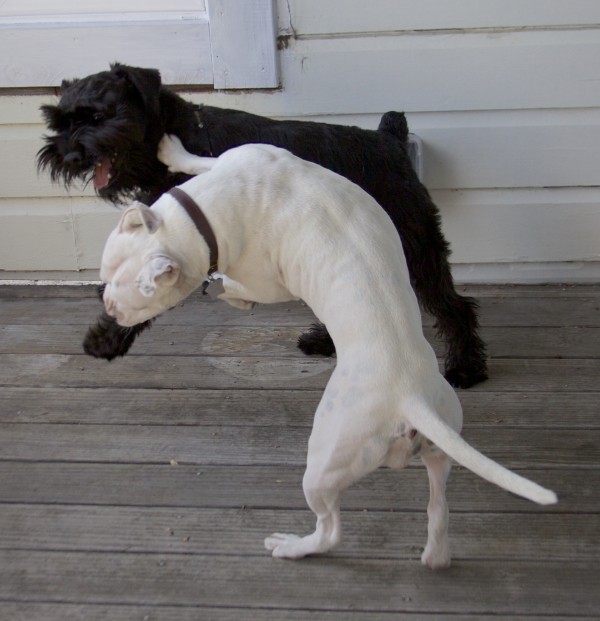 Doggie dancing. These two remind me of these two. 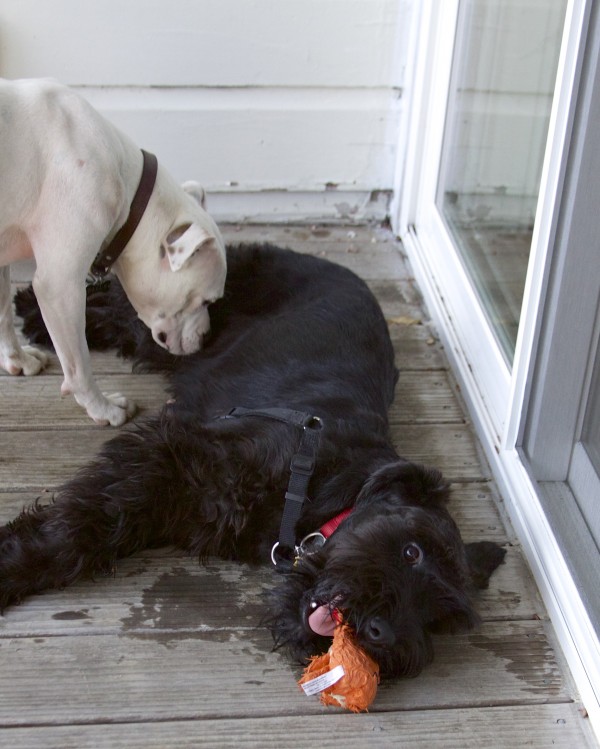 She wore him out. They’re around the same age (9 months for Jailbreak, maybe a year for Sally, I think?) but she has some extra store of energy somewhere. 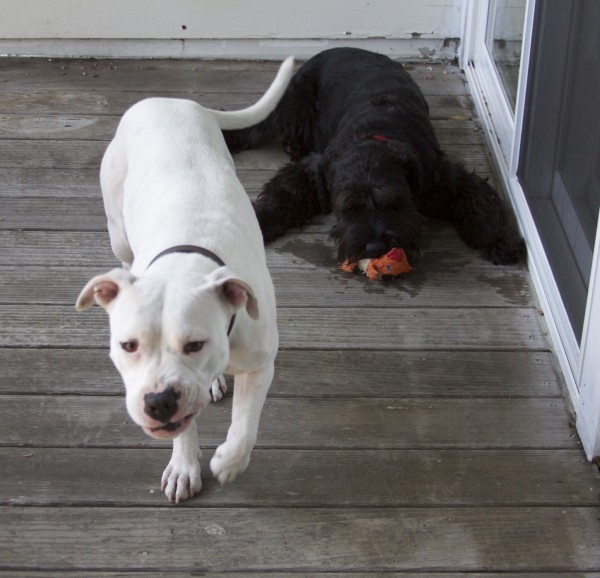 When it became clear that Jailbreak was done playing for a few minutes, Sally walked over to me and looked up at me like, “Okay, so, will you be my NEXT playmate? I bet I can wear you out too.” 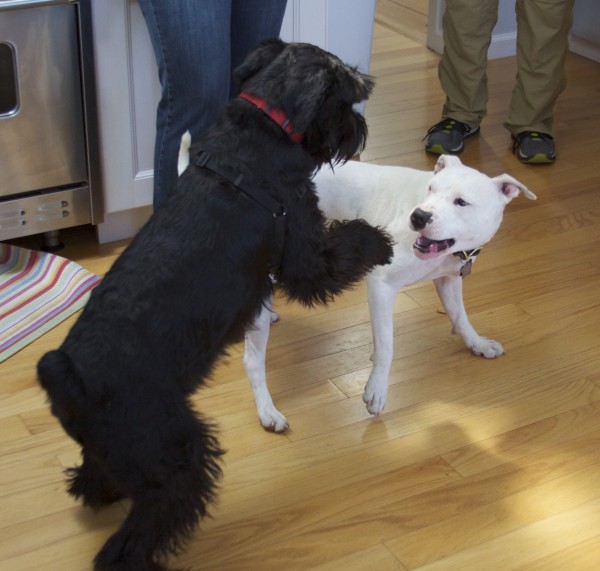 Aww! (Not shown is the too-blurry next picture, where Sally has her jaws clamped around Jailbreak’s left front leg.)

This entry was posted in Dog of the Day and tagged American Pit Bull Terrier, Glen Park, Standard Schnauzer. Bookmark the permalink.