I ran across this guy just chilling out in a parking space in Chinatown. His dad was sitting in the car right next to him and studiously ignoring me as he played with his phone. And he continued to do so even when I got near the driver’s side window and the dog decided that replacing him in the driver’s seat was the way to go.

I am almost certainly a bad person for doing this to that poor driver. But y’know what? I’d pay good money to get squooshed by a malamute, so I don’t feel TOO bad about it.

I know someone who is totally infatuated with a certain wooly malamute, so this post is dedicated to her. Even if maybe this dog isn’t quite floofy enough for her. 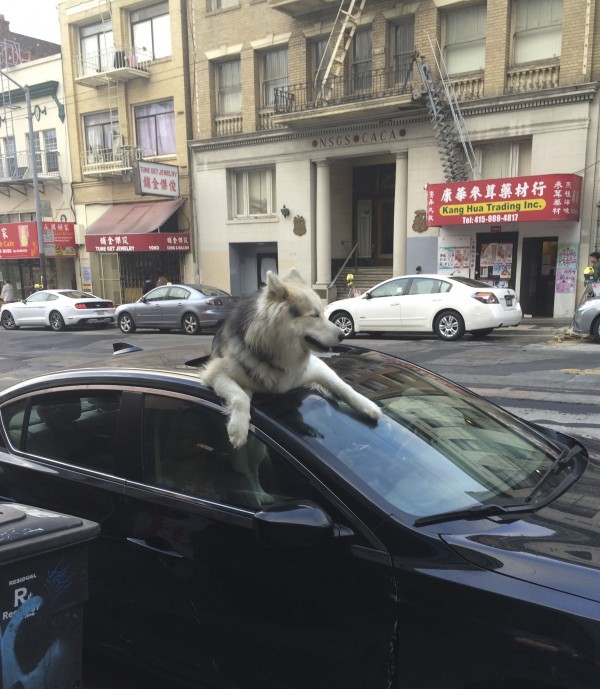 The first thing I thought of when I saw this was a toy that I had that was already vintage when I was a kid. 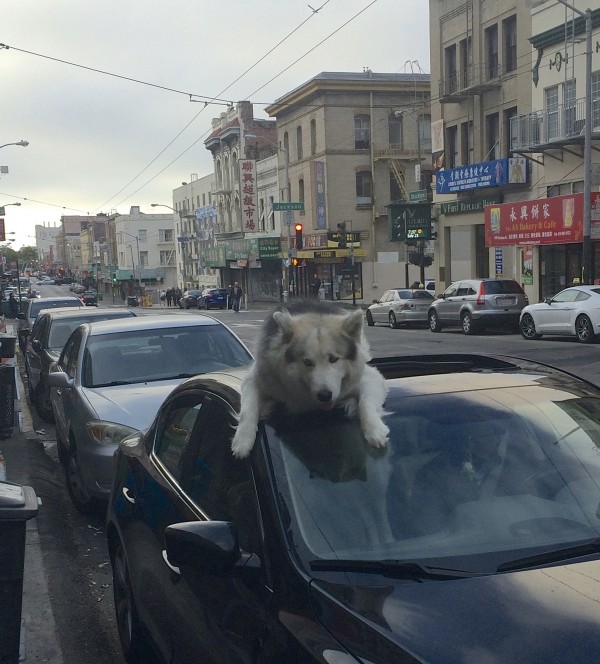 He was having a grand old time greeting every person that walked by on EITHER side of the street. No barking… just staring and grinning. 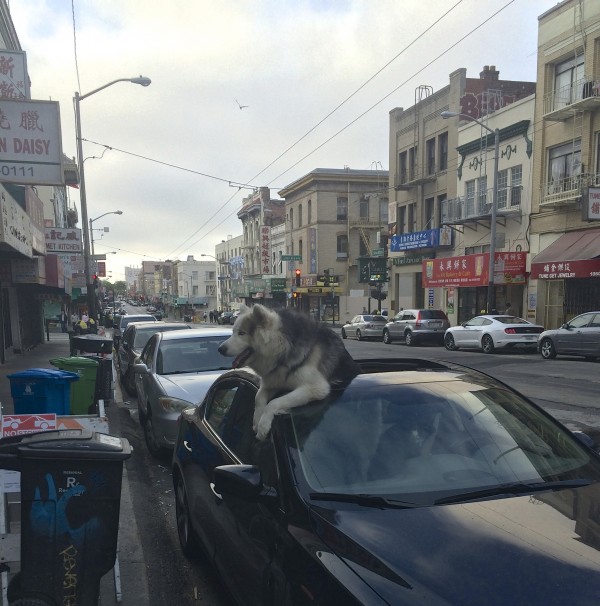 For some reason this guy reminds me of a ‘wolf whistler’. Except I don’t find it offensive when it’s very nearly a wolf that’s doing it. 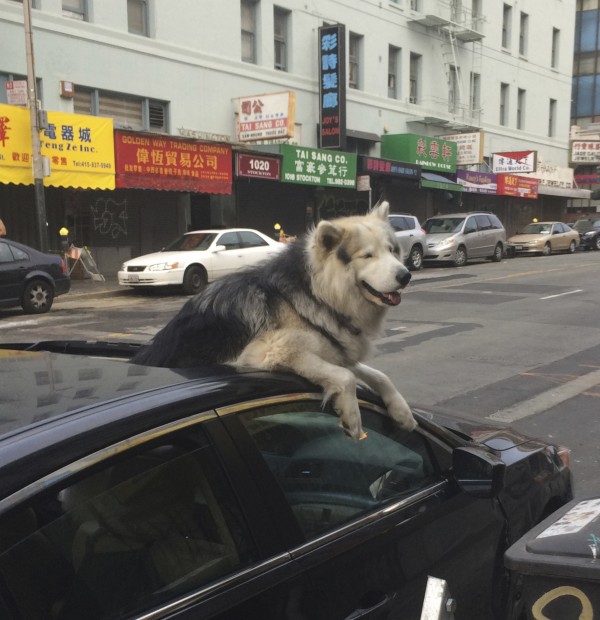 There, that’s the happy face he was giving people as they walked by. 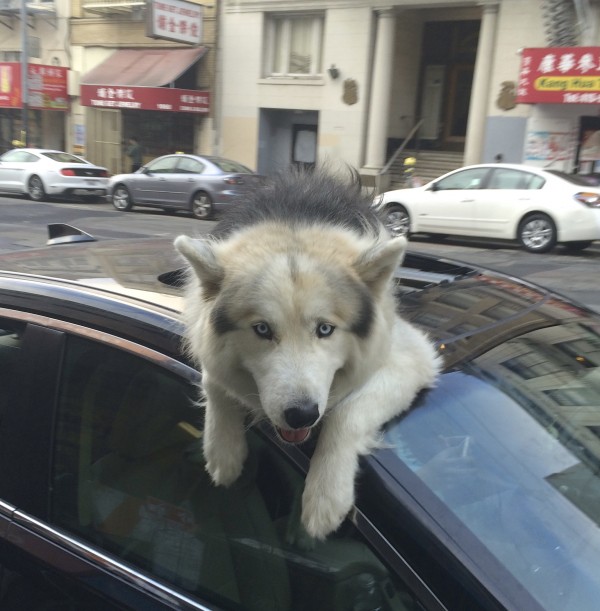 His enthusiasm was actually a little bit intimidating to some passers-by.

Five points to anyone who can identify that game. 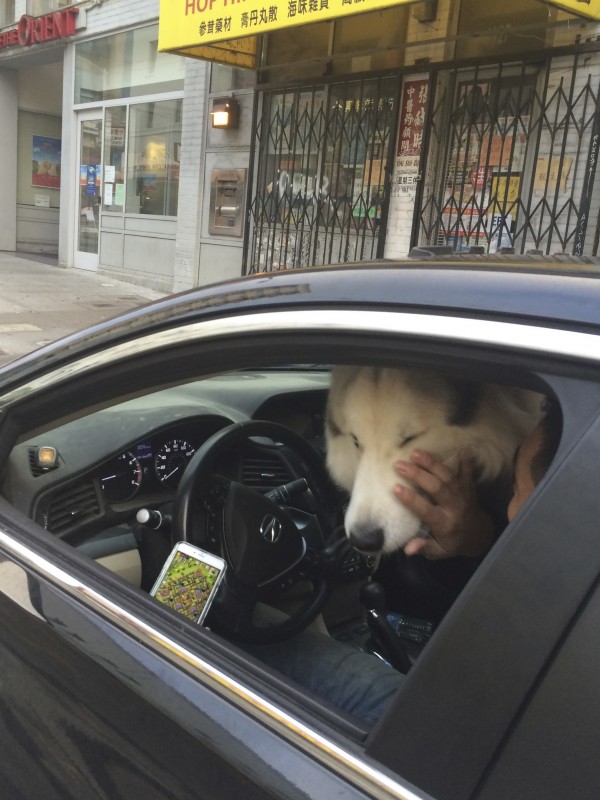 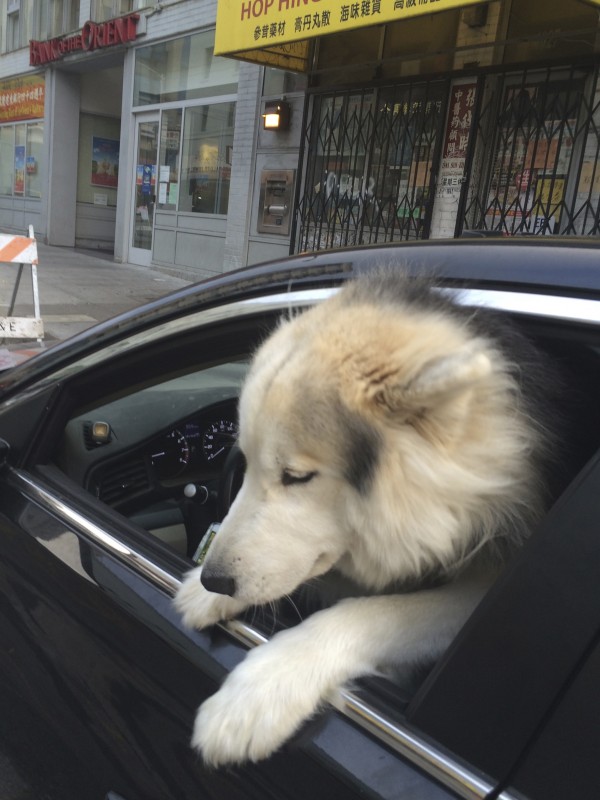 Yeah, I’m a little embarrassed to have caused this much disruption, not to mention squooshage. Not embarrassed enough to not snap a picture, admittedly.

This entry was posted in Dog of the Day and tagged Chinatown, Malamute. Bookmark the permalink.

3 Responses to Dog of the Day: Giant Wooly Malamute