I am not sure how I managed to get this first picture. That’s not to say it’s great… but it may well be the only way I could have gotten any detail on both the black poodle and the white poodle in those lighting conditions in the same picture. You can see what the white pup looked like in most of the pictures I took of him by looking at the bit that’s in the sun. Which is to say, he pretty much looks like the sun. 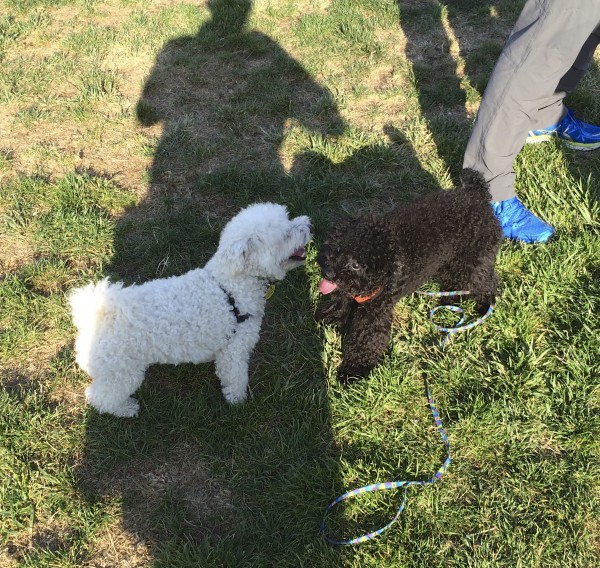 I think the white one was a grown-up and the black one was still quite a young pup, but no notes so I’m not sure. 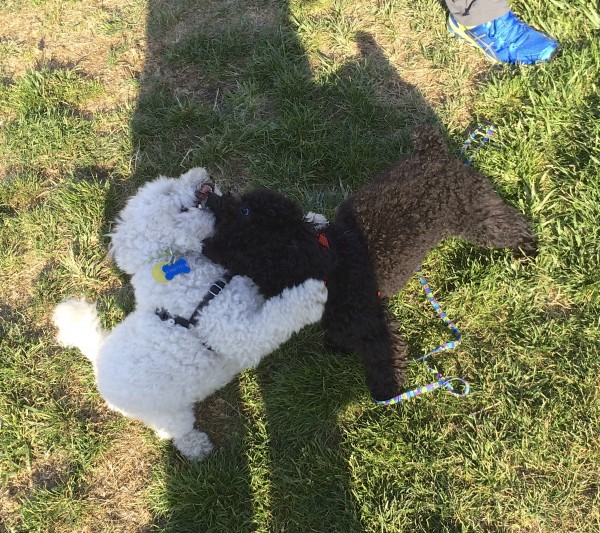 They had JUST met when I saw them. They hit it off instantly. It was sooooo cute.

This entry was posted in Dog of the Day and tagged Embarcadero, Poodle, Puppy, Rincon Park, SOMA. Bookmark the permalink.