Comet is such a sweetie, as you’ll see from the last of these pictures (which were not, obviously, taken by me, but by Comet’s mom.) I met her at the San Francisco Maritime National Historical Park, also known as the Hyde Street Pier. (Trivia point for you buffs: it’s the United States’s smallest National Park.) They were having a sea music festival, and she and her mom and a friend were relaxing on the pier and enjoying the music. 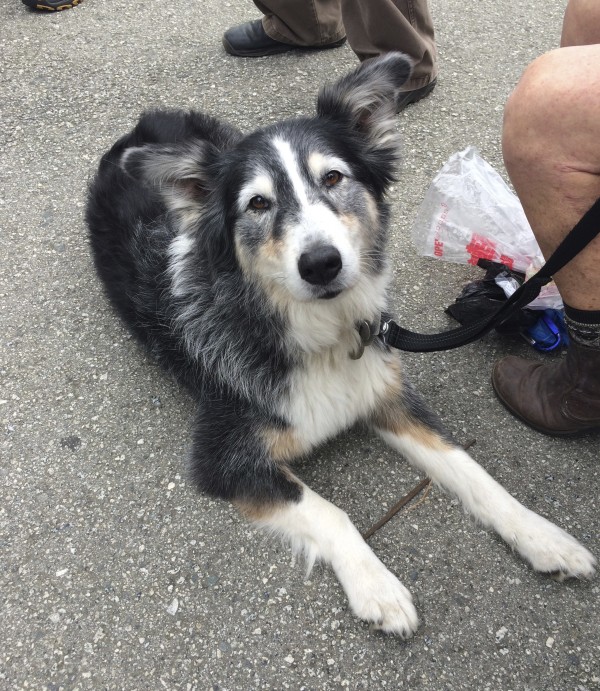 The slight head tilt gets me every time. 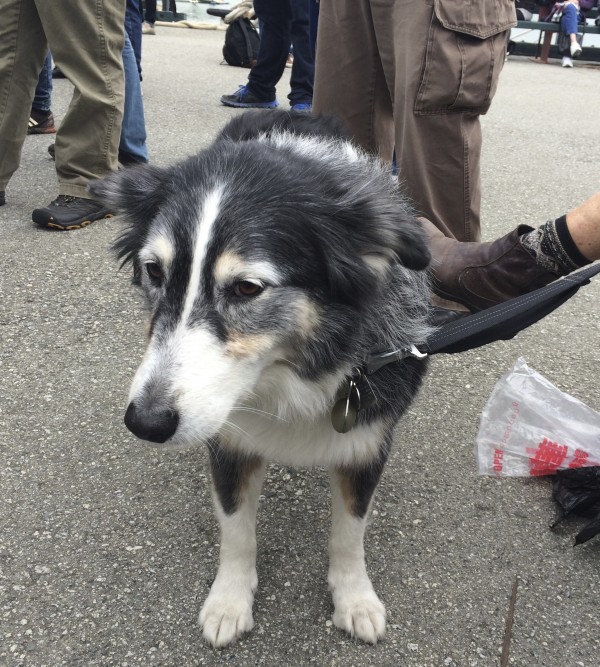 I think she was a little annoyed. There she was, happily lying down, and I had to ask her to get up and pose for pictures, when she wasn’t even going anywhere. 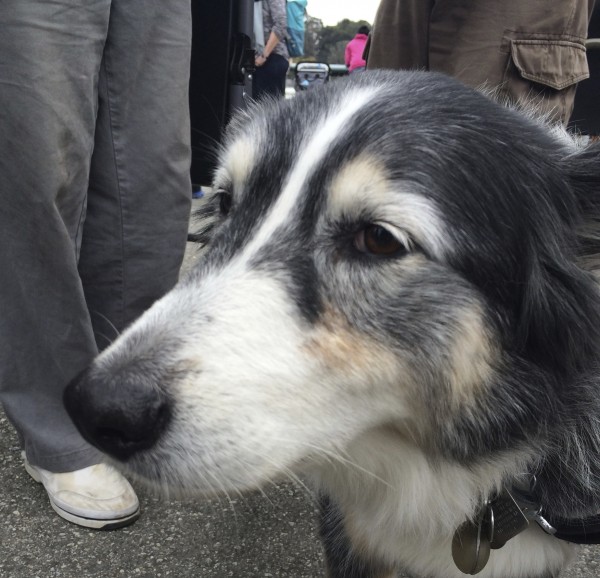 Such a sweet face. The markings make her look a little sad. 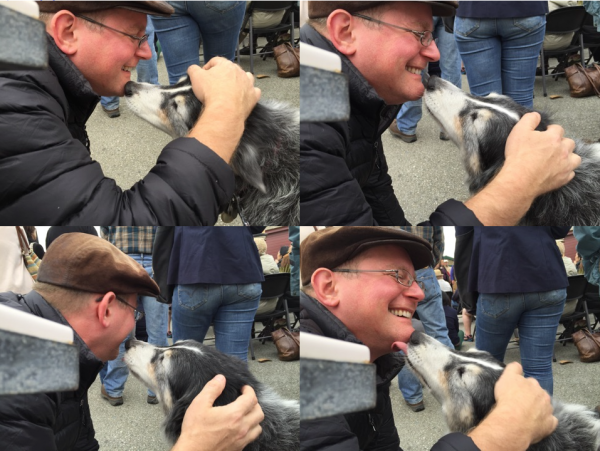