Dog of the Day: Tommy the Maltese

I ran into Tommy (12-ish) at the ticket desk at San Francisco Airport, but wasn’t able to get any good pictures of him due to lighting conditions and speed. I was a little disappointed, but I figured, ah well, maybe I’ll get lucky and see him again. And then on the plane, I was hanging out in my seat and someone asked if I would switch seats with him so he could sit with his girlfriend, and I said, ‘Eh, whatever.’ And when I got to the other seat, who should be next to me but Tommy and his mommy!

Tommy is half Dog of San Francisco and half Dog 0f Puerto Vallarta. His mom works in San Jose as a tech consultant but is planning to move down to Puerto Vallarta in a year or so, and spends a lot of time down there now. And Tommy has gotten quite used to commuting between the two, as you can see. And no, no doggie sedatives were used in the making of this photo shoot. 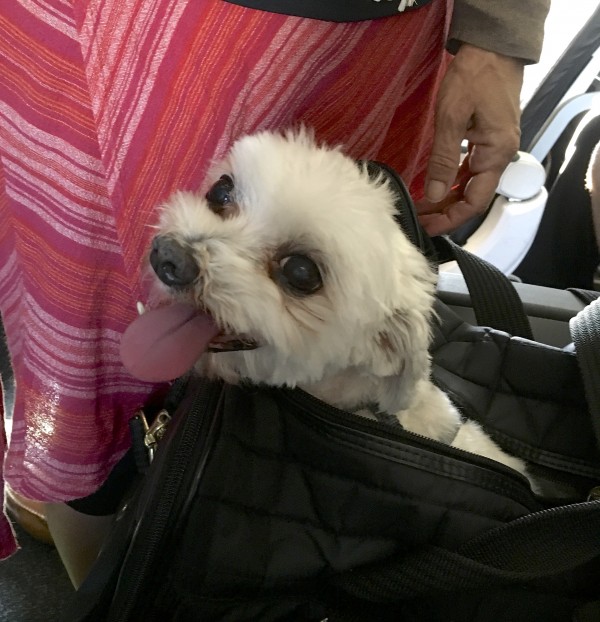 Someone seems happy. Lots of attention and petting from mom are worth any amount of ear poppage, apparently. 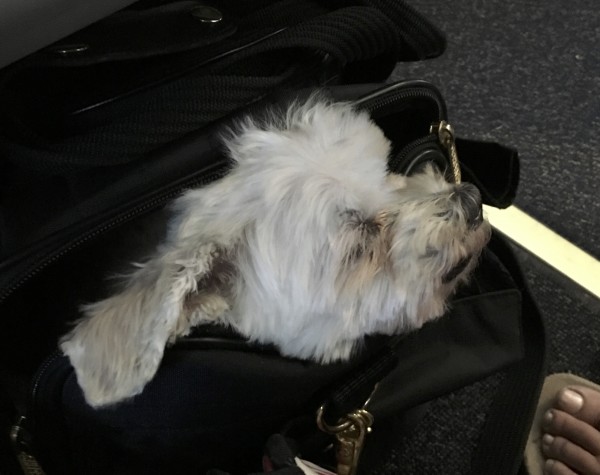 He had a variety of poses when we were in the air. This is one of the more relaxed-looking ones. 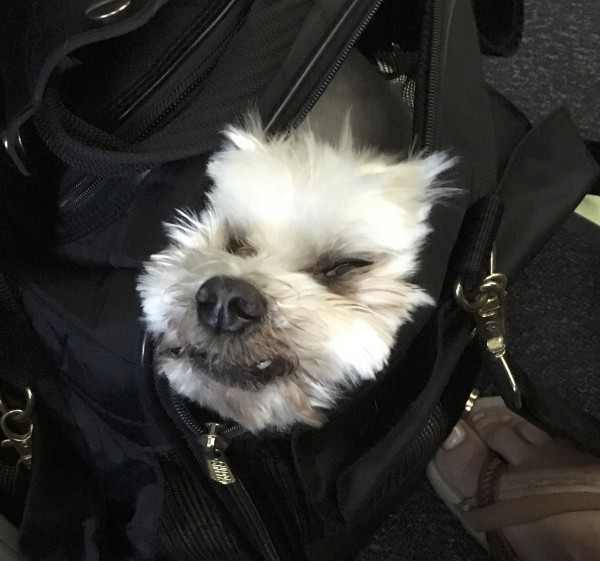 Believe it or not, this was also a very relaxed position.

This entry was posted in Dog of the Day and tagged Airplane, Maltese, Unknown Location. Bookmark the permalink.

3 Responses to Dog of the Day: Tommy the Maltese