Dog of the Day: Katara the Tosa Inu

It’s been quite a while since we’ve had a new breed, but Katara (1 year old) is new to us: a tosa inu, also known as a Japanese mastiff. She has her own instagram page (rescuedogkatara), and also her own story: she was rescued from a dog-meat farm in Korea and shipped off to an idyllic existence in San Francisco. All dogs should be so lucky!

Hard for me to believe, but this breed is banned in quite a few countries, including the UK and New Zealand, and is also banned from the properties of the Dublin City Council in Ireland. Just shows what they know.

I have actually found a few more new breeds to post, but, as so often happens, all the pictures of them came out blurry. In particular I was hoping to post my first hovawart, because man those are gorgeous dogs. Hope I run into him again soon! 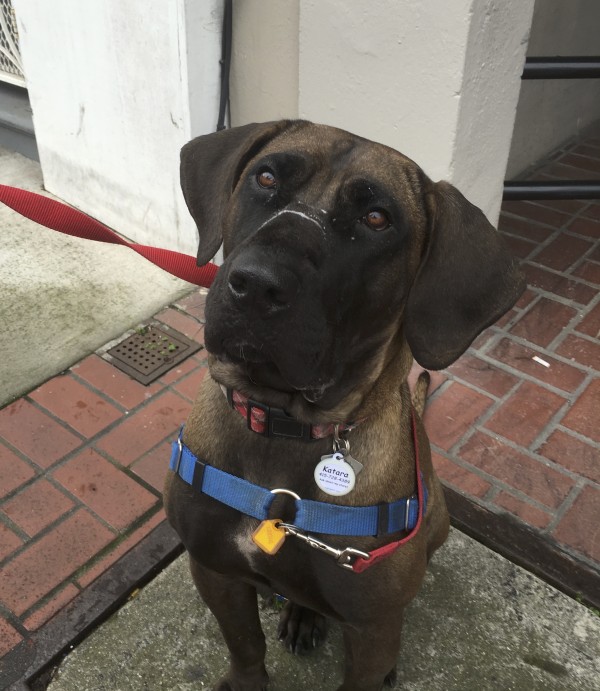 Yes, that is drool. Yes, looped over her muzzle. She was drooling and then shook herself.

This entry was posted in Dog of the Day and tagged Japanese Mastiff, Nob Hill, Tosa Inu. Bookmark the permalink.

2 Responses to Dog of the Day: Katara the Tosa Inu