Kitty kitty kitty,
Cuddly and so pretty.
One is laying,
Two are playing.
Join the cat committee!

I spent more time than I probably should have watching these three little kittens play in the window of Macy’s this year. Since I was 10 minutes late to an appointment that I’d planned to arrive 10 minutes early for. 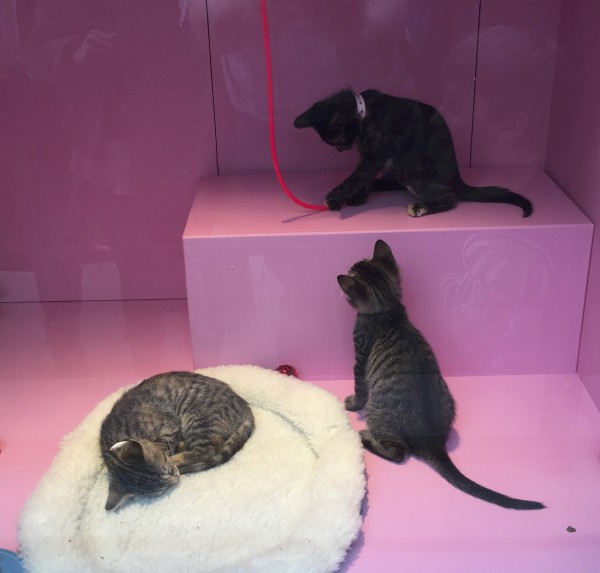 Someone has the (volunteer) job of dangling toys into the cat windows at Macy’s during the holiday season.

This entry was posted in Caturday Supplement and tagged Kittens, Macy's, Union Square. Bookmark the permalink.