Dog of the Day: Finley the 5-Month-Old Miniature Goldendoodle

This was a 100 percent male name until celebs Jason Sehorn and Angie Harmon bestowed it on their daughter, recently followed by Lisa Marie Presley, who used it for one of her (female) twins. Now there are two girls named Finley for every boy.  Finlay is also popular. Can Finleigh be far behind? 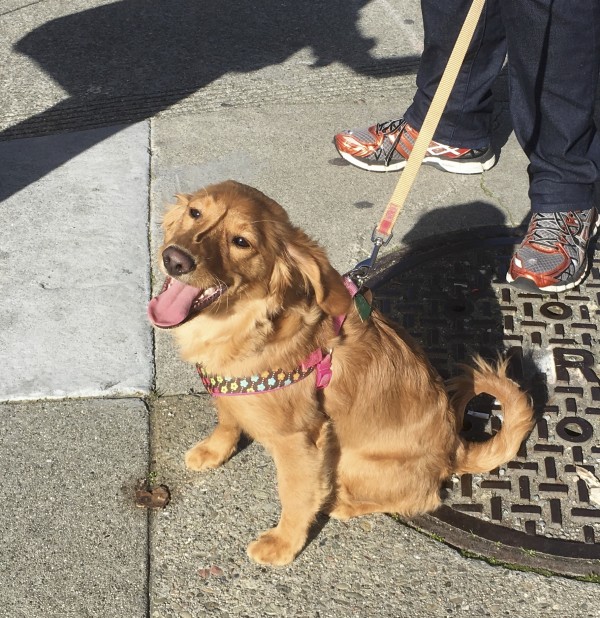 I swear, I did not notice that line down her nose at all. I have no idea what it is. 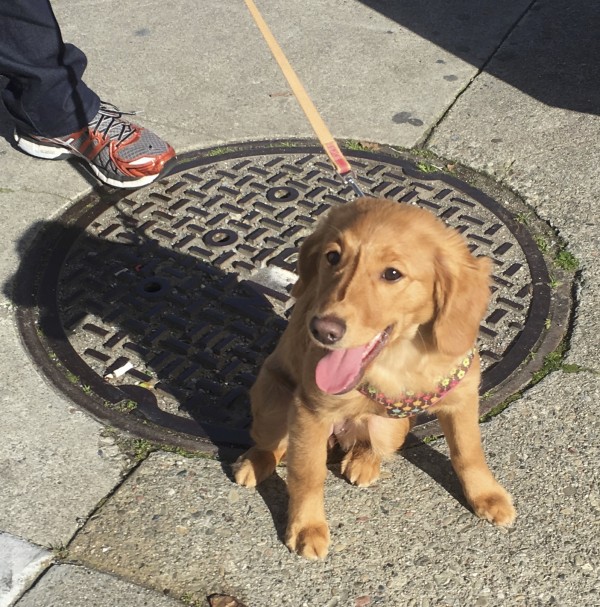 The heart-melting expression. (Seriously, that line is in nearly every picture. So weird.) 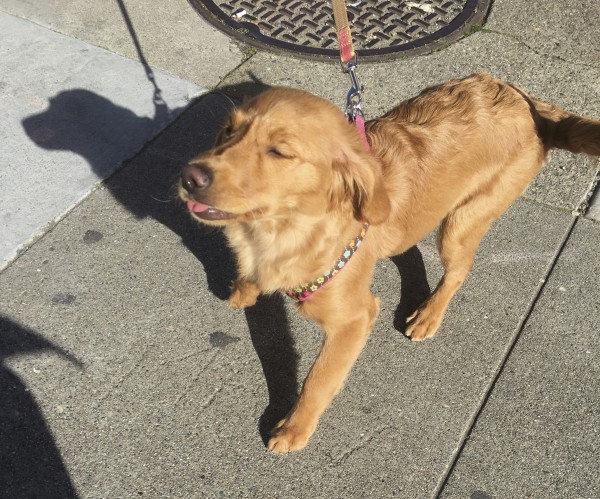 Autumn has taken to calling this phenomenon (tiny bit of tongue showing) in cats a ‘blep’. I just call it a-dorable.

This entry was posted in Dog of the Day and tagged Cow Hollow, Goldendoodle, Miniature Golden Retriever, Puppy. Bookmark the permalink.

4 Responses to Dog of the Day: Finley the 5-Month-Old Miniature Goldendoodle