Dog of the Day: Vito the Happiest Golden Retriever

When I walked up, Vito was trying very hard to knock over (with love!) an older Italian woman with a walker, and she was enjoying every second of it. Vito seems to have that effect on most people. 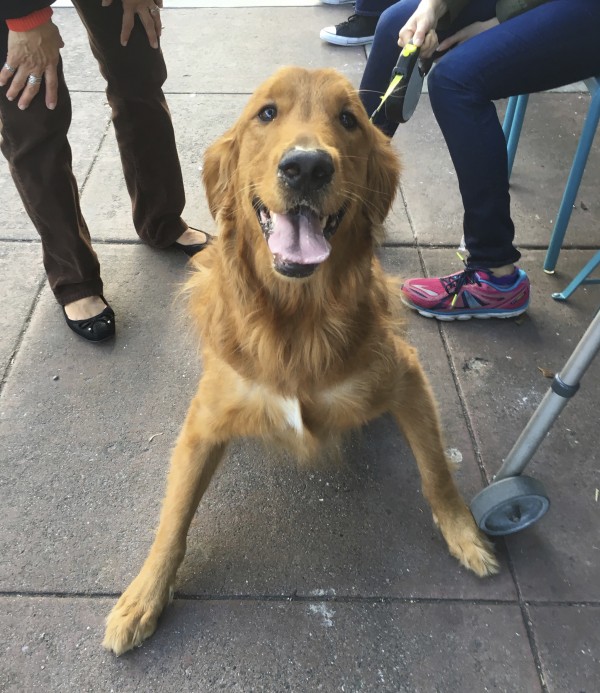 Yes, Vito has a splootch of white (aka a ‘medallion’) in the middle of his chest.

This entry was posted in Dog of the Day and tagged Golden Retriever, Russian Hill. Bookmark the permalink.