Dog of the Day: Taedyn the Shiloh Shepherd/Pack Mule mix

[Edit: Changed the breed to reflect the note in the comments. I’d never heard of a Shiloh Shepherd before, but there’s a first time for everything.]

I just ran into this gal this morning, but I thought she was so awesome that I just had to post her today.

I was walking down the street, and I saw something up ahead. And I said to myself, ‘Self’, I said, ‘What on earth is that? I mean, it looks like a dog, but it’s so… wide!’ And then she turned a corner and was between two people and I couldn’t see her, so naturally I ran a little to catch up.

(Yes, I admit it, I run after other people’s dogs. What, I run a web site called ‘The Dogs of San Francisco’, you think I’m sane?)

And so it wasn’t until I actually caught up that I got a good look at her. And got a few good guffaws in, and a couple halfway decent pictures taken. Of which, two more, after the break.

(Incidentally, to Taedyn’s mom: if I got her name wrong, I’m sorry… I accidentally goofed it up when entering it and had to redo it, and by that time it’d mostly left my mind, as things are wont to do.) 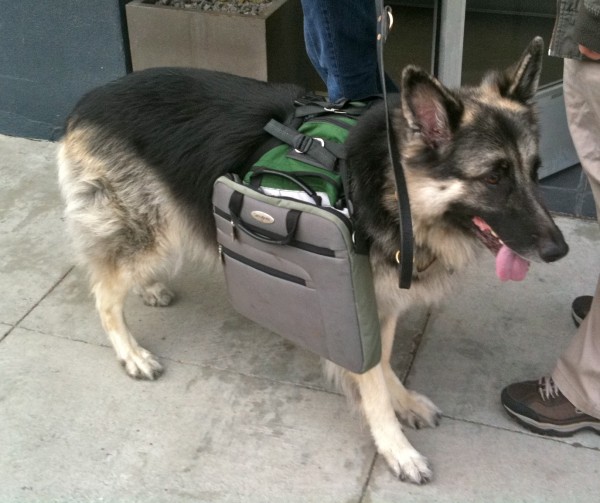 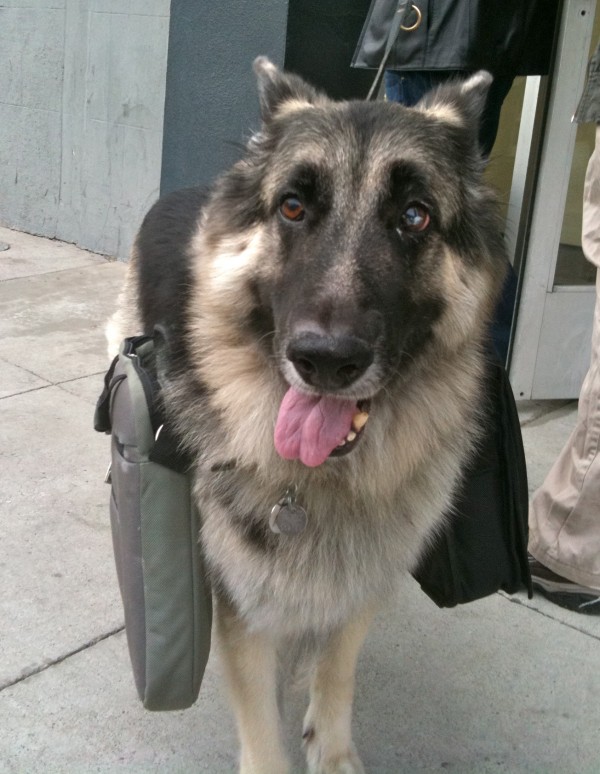 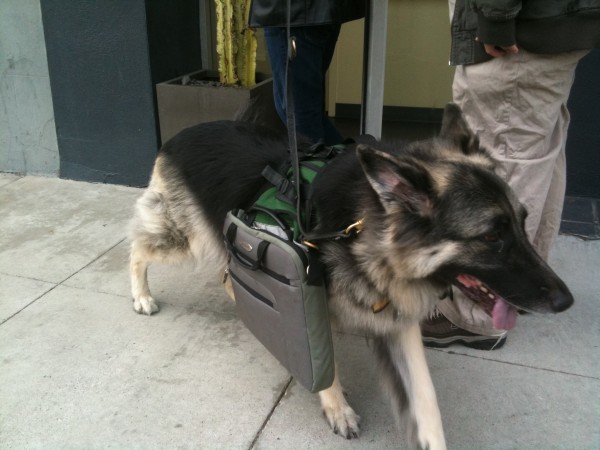 This entry was posted in Dog of the Day and tagged German Shepherd. Bookmark the permalink.

2 Responses to Dog of the Day: Taedyn the Shiloh Shepherd/Pack Mule mix